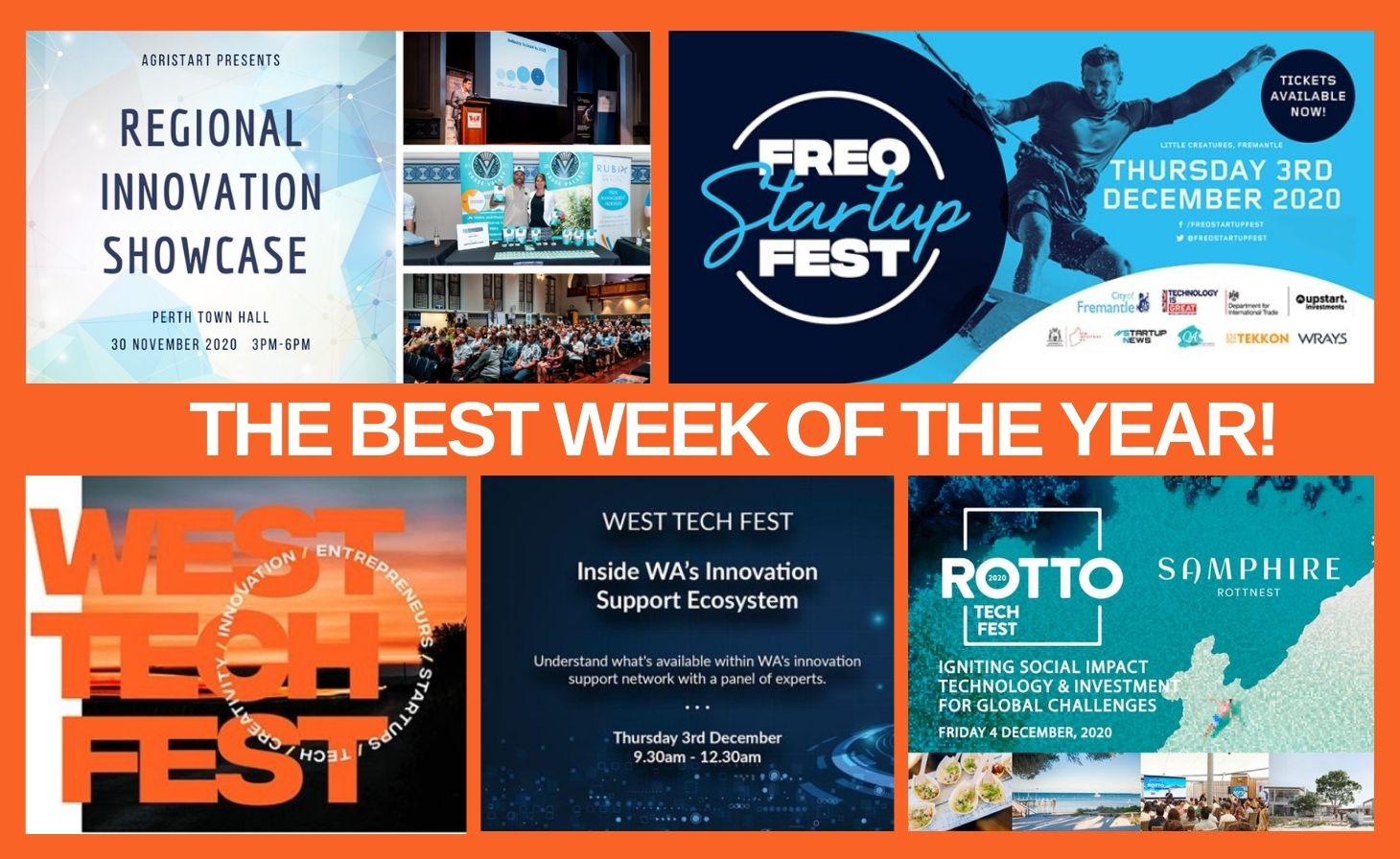 // Heading into its ninth year, the annual West Tech Fest is almost upon us. As always, for startups in WA, it’s unmissable…

For a startup nerd like me – well, a long in the tooth startup survivor maybe – I’ve seen the West Tech Fest ‘grow up’ before my eyes over the past few years.

2012 proved to be a seminal year for the local startup scene: Spacecubed opened, the first Startup Weekend was held, and also OzApp Awards premiered along with West Fech Fest (which was a one day tech conference in those days).

Over the ensuing years, West Tech Fest has grown to be not just the singular most important tech conference in town, it’s become a whole week of rolling tech events, parties, movie shows and other happenings.

It’s simply unmissable. It’s a week to put your lap top down, blink into the sunlight, go listen to some amazing speakers, think about the year just been and the year to come, meet some new people and contemplate the possible.

Now people of my ilk may think of XTC as a 1980s band from the west of England (Senses working overtime? Making plans for Nigel?) – OK, I’m seriously showing my age here – but in fact XTC is the Extreme Tech Challenge, the world’s largest startup competition.

XTC scours the world for startups that are making a difference, specifically for those addressing global challenges, drawn from the UN’s 17 sustainability development goals.

And it’s coming to Perth!

The top three Australian finalists will go into the global shortlist. If you’re a startup and want the chance to receive world-class mentorship and to pitch to leading Investors, now is the time to apply.

GET YOUR REGIONAL SC TICKETS HERE

The big day happens this year at Beaumonde on the Point. EARLY BIRD ticket prices end tomorrow! So get in…

GET YOUR WTF TICKETS HERE

Back for its second popular year – a sell out last year – is the afternoon/evening startup shindig that is Freo Startup Fest. With a superstar startup panel (including not one – but two – founders who have raised $2M this year), Plus Eight pitching comp (with golden ticket prize into next year’s accelerator), Pitching Frenzy (where audience members get to pitch anything they like), the Startup News Awards, a sundowner with flowing drinks and food, and a LIVE DJ!

GET YOUR FREO STARTUP TICKETS HERE

FREE event, run by and at Innovation Central.

GET YOUR ECOSYSTEM TICKETS HERE

Only a handful of tickets left – don’t miss this one; a truly fabulous day in paradise. The event that will make you smile for a year…

GET YOUR ROTTO TF TICKETS HERE

There will be other events organised, so keep your eyes on the West Tech Fest website and Events Calendar.

Don’t say we didn’t warn you.