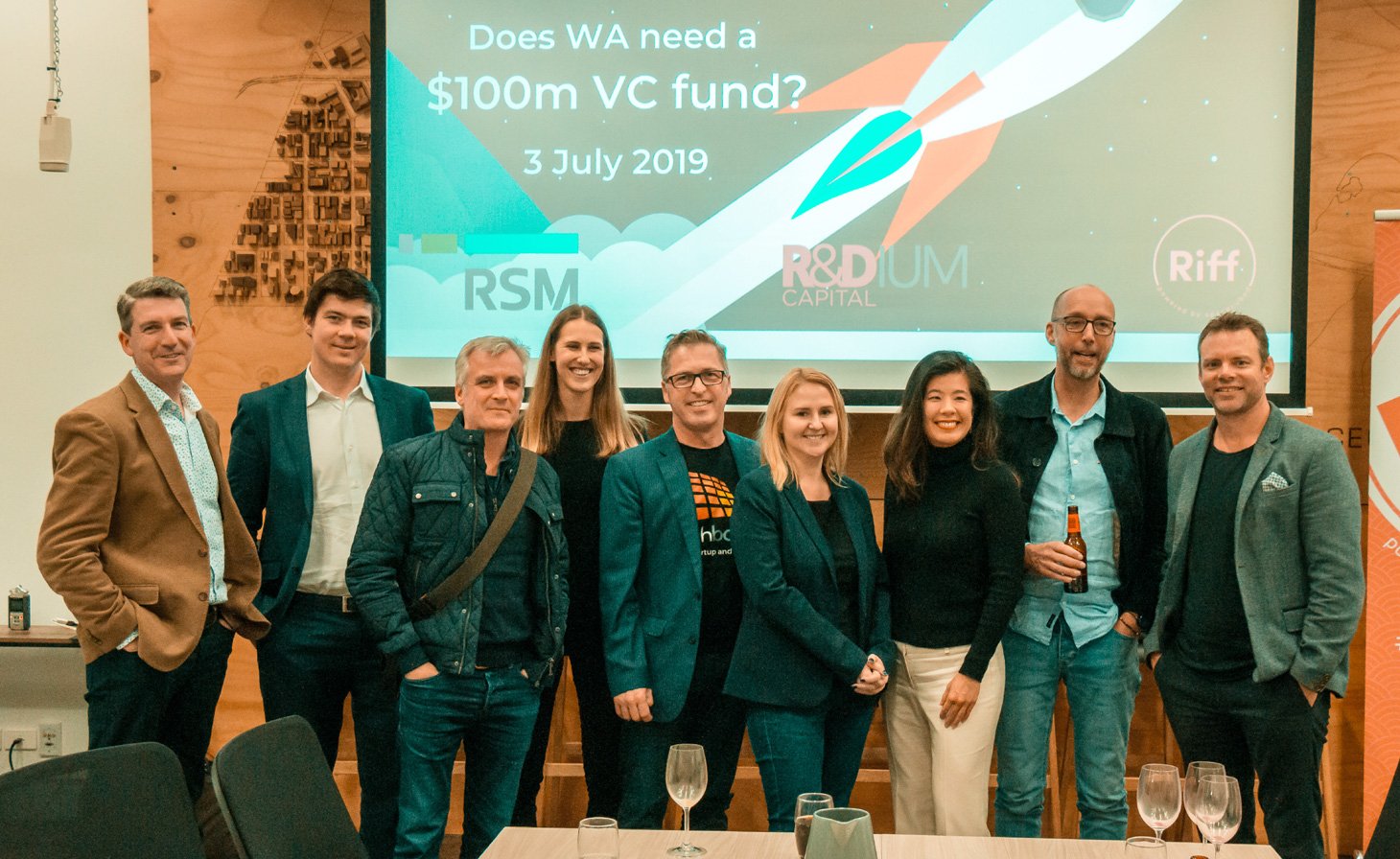 // The recent Techboard round table deliberated on whether – and how – a new venture fund(s) for early stage might be established. Here’s the highlights, and full video…

This topic emerged from their first roundtable on the future of Western Australia’s Startups and Young Tech companies held in December last year.

The discussion took place in front of a live audience at Riff and was facilitated by Stephen Carroll from RSM. The panelists around the table had a wide range of experience which represented a number of venture funds, accelerator programs, corporate venturing, entrepreneurship education, finance providers and angel investment.

The session began with a presentation from Peter van Bruchem, Co-founder and CEO of Techboard, highlighting that a reasonable number of WA startup and young tech companies had received significant funding rounds, with a very heavy emphasis on the ASX as a funding source. It also revealed that overall levels of funding for WA startups was reasonably static or even in slight decline in real terms against the backdrop of funding levels across Australia being on the rise.

The audience heard about the history of Venture Capital investment in Western Australia which currently has comparatively few active VCs, with 808 Ventures and the $3M BetterLabs Ventures. The last moderate sized operational VC in WA, Yuuwa Capital (which had a $40m fund) recently passed its 10th anniversary. That was preceded by others including Stoneridge Ventures which opened its first fund in 2001.

Jasmin Ward, previously with Navitas Ventures and a co-founder of Cribber, highlighted the problem which exists with encouraging students to pursue a startup:

“I am trying to advocate for entrepreneurship with the students and the frustrating [and] annoying thing is that they can’t see a pipeline of funding, a pipeline of ‘will this really work?’. They don’t have a lot of success stories to look to and so … [should] they go to a consulting firm or an engineering firm or a mining company instead?”

“With a $100m fund you would see more entrepreneurs persisting, pivoting and finding the right solution rather than going back to their day jobs”.

Rob also pointed out: “What happens in Perth that is a little bit unique … maybe a company can get seed capital such as through Perth Angels and then is looking for their next round of $1-5M. There is no one to support them so … many of them then go down the path of trying to raise money on the public markets and listing too early.”

David Weir from Radium Capital, a Perth-based fintech which has provided over $80M in R&D tax advances over the last 2 years, expressed his disappointment that it wasn’t easier for WA companies to get funding locally.

“In our business we have some 49 companies that have loans outstanding at the moment and in many of those we were the first port of call, potentially the first corporate person that has ever put money into the business short of friends and family.

“We get a lot of calls asking ‘where to next?’ and the majority of those referrals go over East…. One of the biggest advantages of having a fund here is that Perth is a small place and being able to have that introduction from one Perth business would say a lot.”

On the issue of the lack of funding Derek Gerard, founder of Greensense which was sold to an ASX listed company, and now Managing Director at BetterLabs Ventures said:

Derek also suggested that the biggest value in a local VC is to address the disconnect between entrepreneurs and their ability to know who the investors are “so a VC gives a sort of coordination point, it gives a place to go”.

This view on the accessibility of funds for investment into startups was reiterated by Rob Nathan.

“The guys from Blackbird Ventures raised quite a lot of money out of Western Australia… they had some grey hair, a great team, a really good idea and a great product and were able to raise money so if we had the right team of people and together with a good product offering I think we would be able to raise a VC fund out of Perth the scale that we need.”

There was a consensus amongst the panelists that WA had the output of great companies to warrant setting up a large fund or funds. $50-60M was being invested in WA companies, both on the ASX and privately.

While very little if any VC funds were flowing into WA companies from east coast VCs, this was seen by some as an opportunity for entrepreneurial fund managers to establish a fund(s) in WA with Derek Gerrard pointing out:

“The reality is VCs (over east) don’t care to be honest. WA is too small, too far away… and there is the opportunity. I have talked to most of them and they don’t care about WA and that’s cool, I love that, that’s awesome.”

Several panelists suggested that both the corporate sector and government had a big part to play in backing Venture Funds or matching funds raised. The panelists agreed that the potential existed in WA to have a larger VC fund or multiple funds operating. It was also acknowledged that the WA government could look to other states such as Queensland to do much more to support the growth of startups locally.

The most significant barrier to establishing a large fund in WA was seen to be the lack of VCs with significant track record in working as a VC which prompted calls for experienced Western Australian expats to return home.

Gary Macbeth, from 808 Ventures summed up the view of many on the panel: “What we are in the middle of here is the calm before the storm. I can feel it happening it’s just a question of keeping chipping away.”

You can view the whole discussion here:

Plus Eight Accelerator, express your interest