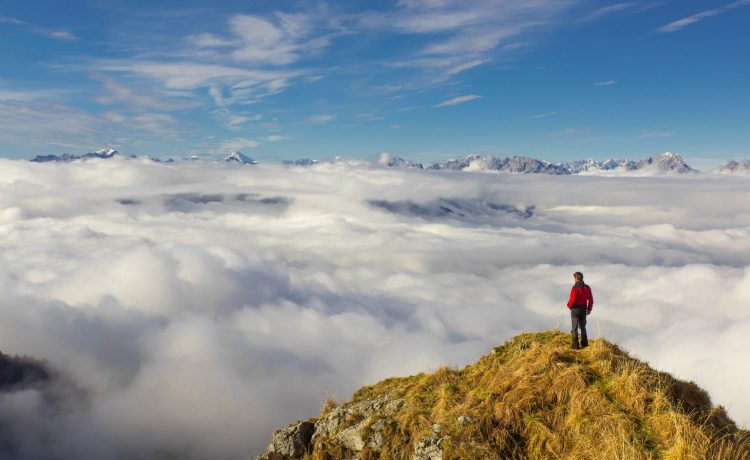 Sometimes the world changes on you.

It’s not your fault. It’s nobody’s fault. Even if it was, blaming someone else doesn’t remove the fact that the world has changed anyway.

What does matter is how you deal with it and the actions you take now to ensure you are still around after the current crisis recedes.

Better yet, how you position yourself to take advantage of any new opportunities that may present themselves, and then be in a great place to grow in the new world that will exist afterwards.

By Easter 2000, our fledgling startup business ‘aussiehome.com’ was barely 4 months old. We had a website, some trial customers, some staff and an office.

We had raised about $200K from ourselves and a dozen investors before we launched at the end of 1999. As the New Millennium dawned, we only had $70K in the bank, perhaps a few months cash runway.

With the enthusiasm of the times, we immediately opened up a second round of funding, at a 50% higher valuation to boot. We were about half way through this new round when…

… The world changed. On a dime. Overnight.

The collapse of the NASDAQ index in New York (down 25% in a week in mid April) heralded the effective popping of the ‘dotcom bubble’, which had built up over the previous years.

The Emperor’s New Clothes has been exposed. Most of these shiny new internet startup businesses (‘dotcoms’) had nothing to show for it bar some nice offices, fancy websites and dwindling revenue growth. They were wildly unprofitable and had been burning cash like there was no tomorrow.

For most of them, there would be no tomorrow. 98% of them would go out of business that year.

We’d been following the dotcom playbook. Get big quick. Profits will come later. Our investors had asked us to ‘spend more money quickly’ as it was a land grab. Those times were over. We were now told to be ‘cash flow positive immediately’.

Among the wreckage, we read gloating headlines from newspapers (who’d always felt threatened by the rise of the internet, rightfully so as it would turn out) decrying the latest collapse, and the end of the e-business this and i-business that.

But we felt we had a business.

My co-founder Nick and I looked at each other and agreed: “We need to build this business from today assuming we will never raise another cent.”

And we did. After some crucial support from a couple of new investors and a top up from our largest initial backer to tie us over, we did not raise another cent for 6 years. We would be paying dividends by then in any case.

Perhaps our business started on that day. The day we realised that there was no ‘new business paradigm’ or internet nirvana to chase. We had to put our heads down and win business, listen to our customers, help them solve their problems and get them to pay. Develop new products.

We had to make tough decisions. We were open and honest with our staff. No sugar coating it. We could not promise to pay their full salaries, but we promised to pay them what we could. Nick and I would not take a salary for 9 months. We’d push through this and give it the best chance of surviving and coming out the other side.

A few staff left, but most stayed. We saw it as our collective responsibility to the business, to each other, and to our shareholders to give it our best shot.

The Good Side of the Downturn

One glimmer of hope – it was unlikely we would be hassled by any new competitors also trying to win the ‘online real estate race’. Whoever was already in the market would be in the market. Most would not survive. We wanted to be the among the few that did.

This was fundamentally correct, and a great mindset to have. Realestate.com.au would not put sales people on the ground in WA until 2003, Domain would not rear its head til 2005. We actually had a few years to sort out how we could survive and become strong enough locally, so when others did arrive, we could hold them off. Which is what happened.

Two decades on, I am talking to startups and small business owners who have had their world turned upside down.

We are all in the same boat. And we know what we have to do. Self isolate. Work from home (if you can). Wash your hands. See what business you can do, given this new reality. Work out if there are new opportunities out there. If not, then hunker down, wait it out, the best you can.

It’s not your fault. Playing the blame game is a waste of energy. You’ll need all your energy to get through this, and to re-build after.

During the down time (if that’s what has to happen), think about what you can change, any dead wood you can cast aside, and what you have to protect. Those great employees you have – how are you going to be able to keep them? Your core team. It was difficult enough to find them, you don’t want to lose them, because you’ll need them now and in the future. And they need you right now. How can you – as a team – get through the dark times?

Because you can get through it.

And when you do get through it, you will look back on this as an important time, in many respects.

Looking back, not in anger

Looking back at the Year 2000, it was one hell of a tough year. There were disagreements, arguments, sleepless nights, anxiety, … but we got through it.

If we’d just raised loads of money and spent our way to success, I doubt we would have built a business at all. The fact that our fledgling business got smashed at its most vulnerable time and yet we survived brought us immense pride in the years that followed.

We may look back on them as dark times, but it sure taught us the meaning of team work. What cash burn meant. How to rally together, make tough choices.

No one would have blamed us if we’d been forced to shut down. Most dotcoms did that year.

Advice for the new reality

When the world changes, your plans need to change. A new reality dawns, and then the choice becomes clear. Are you going to throw in the towel, or give this thing the best chance to be around at the end of it? Even if you fail to rescue it, at least you would have given it the best shot. You may just ride this mother out.

So to all those startups and businesses out there right now, I give the following humble advice….

The world has changed, perhaps forever. Even after this crisis, we would all be changed to some degree.

One thing I do know. If you can get through this, and come out more efficient, flexible and responsive the other side, you may look back at this period one day and think that although you never want to go through it again, there were good things that came out of it.

I know our team was tighter as a result of the experiences of the year 2000 and into 2001. We bonded in battle. We all understood the importance of cash flow, the value of great customers and being nimble enough to respond to their needs.

In the midst of the darkest period, we opened up web development as an income source in mid 2000. This was not mentioned in our original business plan a year earlier. Yet it became a third of our business over time, and strategically ‘locked in’ our customers by coding their websites into our back end platform.

In mid 2001 we launched ‘The Life’ magazine, a full colour glossy fortnightly print product full of real estate listings. We were an online business. In no way had we envisaged doing print! Yet it worked, helped win more clients and for five years became a staple of our business, another third of revenues.

By mid 2001, 18 months after launch, with growing monthly subscriptions revenues, web development and now print we had a sustainable business and were cash flow positive.

We never went back to spending more than we earned. By 2005 we were paying dividends to our loyal shareholders out of profits. We never raised a cent in equity until 2007, and that was mainly to give our initial investors an exit opportunity and refresh the board. A few years later we sold the business 100% and all staff were given jobs in the new organisation, and in a wonderfully ironic twist, the team’s first job was to code the daily newspaper’s real estate site.

None of these great outcomes would have happened if we’d gone under shortly after the dotcom crash of 2000.