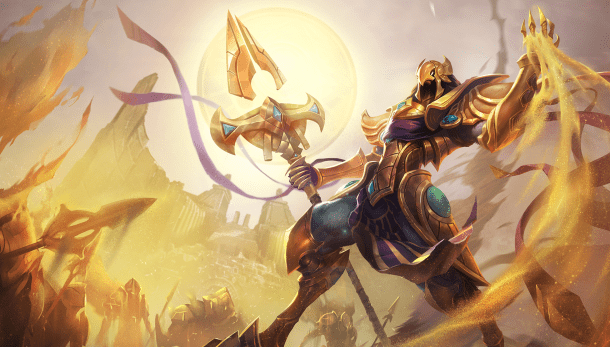 Gaming culture has been having a war recently, and part of the culture that it has been fighting about has been inherited from tech Hacker culture, and is present in Startup culture. We need to be careful where we tread: there are landmines here.

For those of you who haven’t been following the recent blow-up in the gamer blogs, the long-simmering battle between”my right to say anything I like” and “my right to not be insulted by idiots” has finally reached open warfare, with people leaving the industry, prominent journalists and game developers being attacked, and the industry able to talk about little else for the past month. If you’re interested, some pertinent summaries can be found here, here and here.

The current front line of this culture war is over the blatant misogyny, but in my opinion (and the last link above agrees with me) that’s merely the most obvious and most obviously disturbing facet of what is a long-known underlying problem in gaming culture. I don’t really know how to explain it in simple words, as I don’t think it’s a simple problem, but if you want to experience what I’m talking about then download the game League of Legends (it’s free to play), pick any character and play a ranked match with no clue what you’re doing. The torrent of abuse you’ll get will be a wake-up. Online gamers accept this as part of the experience, some even revel in it and bandy insults with the rest of the idiots, but it quickly spreads from that context and pervades the whole culture, so that horrendous personal abuse intended to hurt and wound is considered an acceptable part of the culture. And then this attitude spills over into the real world, with 4chan members doxing people and causing real harm to people (yes I accept that the flip side of this is Anonymous and the good they do, generally, but the point remains that even they do it for the lulz).

The elements I’ll identify in this phenomenon, from my experiences in online gaming are:

There are probably more, and I don’t pretend to have a complete understanding of the phenomenon. Partly because I picked a side in this fight a long time ago, and am a “Social Justice Warrior” (SJW), a term being banded about as an insult, and loosely defined as “someone who defends the rights of women against idiot misogynists”. Personally I define this as “being a gentleman” and is the reason I describe myself as a “gentleman technologist“.

Which brings me to the scary part. All these elements above exist in the tech startup scene, and have been seen to be lurking in the collective unconscious of our culture too, like the worm in the apple. Substitute “game” with “startup” in the list above and you’ve got the same things going on. Search some of the Stack Exchange answers and you’ll see the same insulting attitude and culture. Turn up at a tech meetup and there’s the same comparison of e-peens going on. Hacker School had to institute a set of rules about it in order to make teaching manageable (and they’re a great set of rules to use for any tech meetup too!). We will need to deal with the same reprehensible attitudes in our community sooner or later.

Running Railsgirls Perth gave me a clearer picture about where the lines are drawn, because there are actually people in our community who do not think the idea of teaching more women to code is a good thing. I know, nuts right? Tech culture can be pretty toxic at times, but being a white or asian male means at least you’re part of the crowd and don’t stand out. Being female in this scene means you’re a tiny minority and very obviously different, and I’d be scared to be in that place too. The tech scene has a basic awareness of it’s long-standing misogyny problem, and we’re working to correct it. But the kind of bullying attitudes and behaviours that make it possible are still there, and are largely unrecognised and unaddressed. In hard-tech circles it is still OK to be very rude to someone who is “wrong” about something, or is a newbie, or disagrees with your opinion about Vim vs Emacs. Correctness trumps manners in the tech scene, and that makes for an unfriendly atmosphere for a lot of people.

The startup scene overlaps with tech culture a lot, and we have the same kind of attitudes lurking in the shadows. There have been some recent high-profile cases of clear-cut misogyny in the press, which is good because it draws clear lines about what is acceptable and what is not. But the attitudes that drive this behaviour, inherited from tech culture, are also present and largely unrecognised. I’d classify Uber and Lyft’s stupid sabotage tactics in the same boat: this is not high school and behaviour like this should be penalised. The furore over Paul Graham’s comments about the lack of female founders and then about founders with strong foreign accents shows how this issue runs deep and wide. We know that diversity improves team performance, yet the startup community is still overwhelmingly young white or asian males. Australia has been accused of being both racist and sexist in the past, and we do have a real problem with the low numbers of women both in tech and in startup.

We need to take the gaming culture wars as a warning. We need to change the culture in both the tech and startup communities and eliminate the inherent prejudice and nastiness, but we need to find some way of doing this without reducing the community to a smoking crater and rebuilding, which is what the gaming community is doing.

So here’s the things I think we can do to help prevent our community from ripping itself apart in culture wars:

Update: Kate Raynes-Goldie is maintaining an email list for those interested in changing the gender balance in tech: http://www.k4t3.org/changemakingladies/

If you’ve any comments on this, go ahead and speak. I doubt we’ll need to moderate the conversation as hard as some are having to.

How NOT to boost female founders