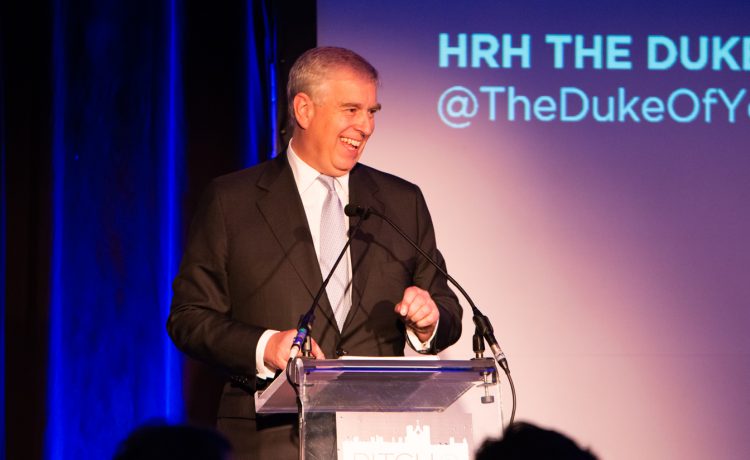 // After one of our own took out last year’s global Pitch@Palace final, Murdoch University has won the opportunity to host the Aussie finals this year. Applications are now open…

Following OncoRes Medical’s victory in London last December, Perth will play host to the Australian finals in October – the last stop before the 2019 global final at St James’ Palace – and the third time it has ventured down under since its inception in 2014.

Founded by HRH The Duke of York (Prince Andrew), Pitch@Palace isn’t your normal pitching event. For a start, there are no prizes for winners, even at the global level.

Speaking at last year’s Perth heats, the Duke explained why.

“[Pitch@Palace] is about the audience, not about the entrepreneurs,” he said.

“If the audience don’t get involved and behind what these entrepreneurs are doing, we’re not going to have the effect we’d like to.”

Despite there being no prize money on offer, the Duke announced that the among the 900 or so finalists over the 11 events since 2014, over £1 billion of funding has been raised by participants, and over 6000 jobs created.

With applications now open for this year’s Perth heats, Murdoch’s Director of Student and Library Services, Matthew Evans, told Startup News he hopes this year’s events will help West Australians realise the power of the networks they already have.

“What we really want to achieve is just to get that energising of the entrepreneur community, trying to get these great ideas out to help them succeed,” Matthew said.

“Entrepreneurs create jobs, create wealth and improve lives, and we saw that so clearly last year with the amazing businesses that came into Pitch@Palace.”

There are other differences to the run of the mill pitching competition you might see elsewhere.

Aside from the silky-smooth production, miked-up speakers, smartly decked out room and a uniformed bugler ensuring no one goes over their allotted 3 minutes (yes, really), Matthew said there’s one important factor that sets these contests apart.

“It’s a competition but it’s more like being part of a community,” he said.

“It was actually quite humbling the way they were helping each other constantly.”

He said that community forms from a recognition of what Pitch@Palace is all about.

“This is about showcasing our best and getting them the opportunities that otherwise their idea might ultimately lose momentum or be overtaken,” he said.

“It’s very much about getting those ideas out there and letting them shine.”

The road to London

Once applications close, Matthew, his team and The Duke’s office will create a shortlist of startups they think will benefit from the Pitch@Palace program.

From there, Murdoch’s Launchpad team will get to work, running two workshops to help startups prepare their three-minute pitches.

On the big day, a final workshop will focus on a different aspect of the event – how to turn their ‘asks’ into reality.

“The focus of the day is nothing to do with the pitch,” he said.

“We focus on making sure they have the capacity to get the most out of the event because even the entrepreneurs [from 2018] who didn’t get through to the Australian final … got the linkages and a lot of their asks [were fulfilled] because they managed to do the networking.”

Applications for the WA Pitch@Palace event are open now, and close on Wednesday 24 July.