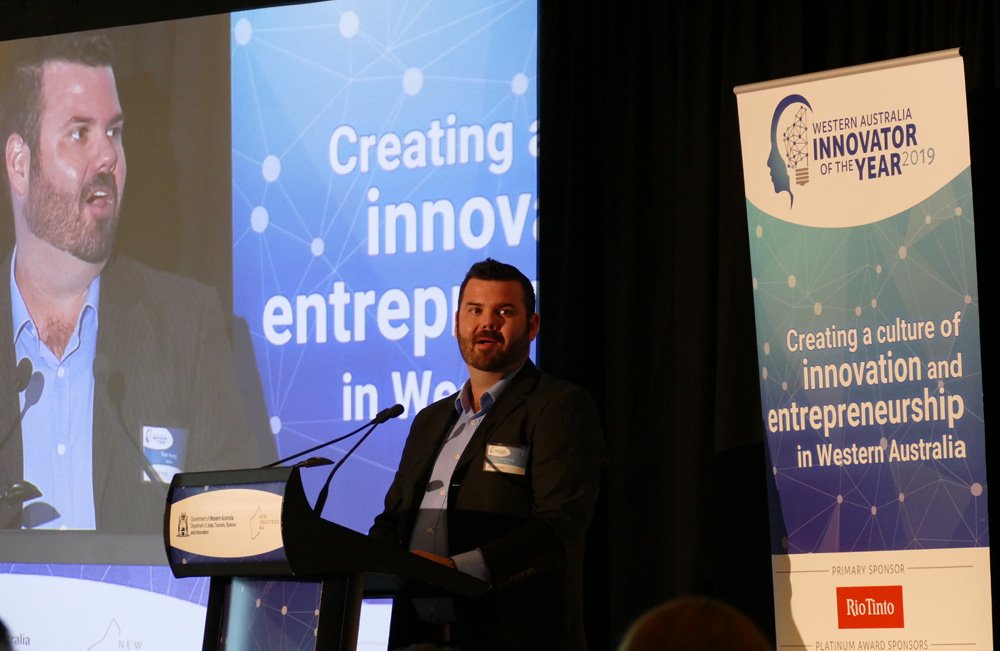 It’s free to enter, and with cash prizes in the tens of thousands of dollars up for grabs, plus kudos and credibility in spades…. are you going to enter this year?

Established in 2006 – a year before the iPhone, when most of us were using Nokias or were infatuated by Blackberries – the WA Innovator of the Year kicked off.

In the years since, the program has celebrated innovation and innovators in our bountiful state, well before the word ‘innovation’ became popular, overused and a little bit hackneyed.

Applications are now open, and there’s an INFO SESSION this Monday…

MORE INFO ON THE AWARDS HERE.

Startup News was there to watch the launch this morning, with Udrew’s CEO Tom Young giving a great speech, in his usual humble manner, about what winning has meant to him…

Since winning the overall WA Innovator of the Year last year we’ve gone from 1 to 7 staff, we’ll have 18 by July, and will double again by Christmas.

Today, I’m flying to New Zealand to speak with their federal government, then off to Silicon Valley.

We worked on this idea unpaid for 10 years, so winning has given us validation, process, coaching, connections, a video, photos and $50k cash of course!

We’re now working with City of Wanneroo to launch instant quote and approved building plans; from 9 months down to less than 2 minutes.