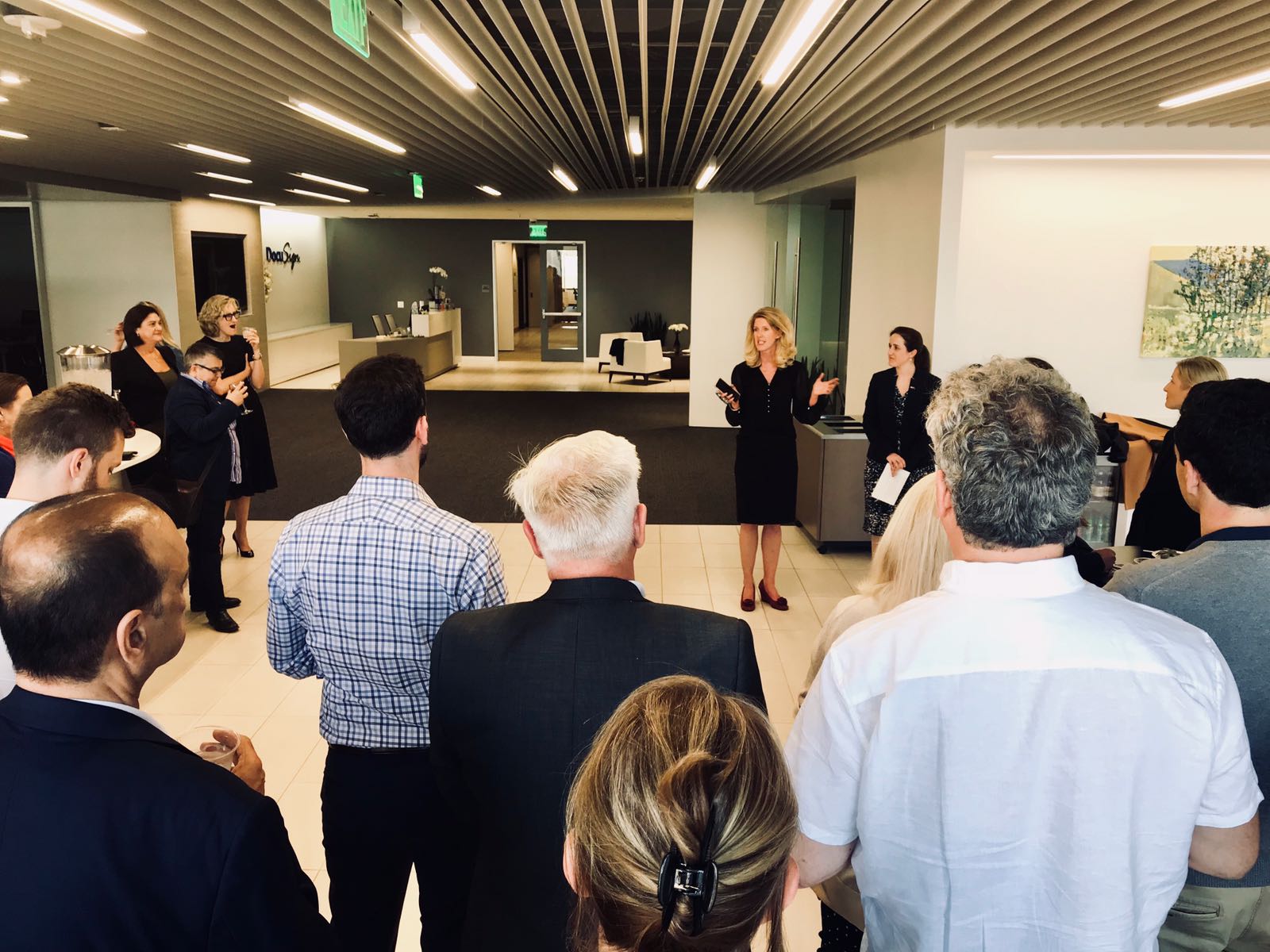 Dropping $10,000 for a two-week trip to the States might sound like a big bet, but this program’s organisers say it could save you a whole lot of heartache in the long run.

The Propel Innovation Program is run by Advance, who are funded by the Australian government to connect Australian innovators around the world.

The program runs from 29 April to 10 May and includes a three-day workshop in LA covering pitching and demonstration tactics, as well as a seven-day tour of LA, San Francisco and the Silicon Valley.

Over those ten days, founders can ‘test-drive’ life in the States, as well as learn about the practicality of moving across the Atlantic, while expanding their international network.

Advance Director, Business and Innovation Strategy and program organiser Karen Orford said the aim of the program is to give participants a taste of the US before they commit.

“What I hope they walk away with is being able to make a decision that either America is the right market for them, or it’s not,” she said.

“It can be the best ten thousand dollars you’ve ever spent because you can get here and go, ‘you know what, I hate America, … my product’s not a fit here, my company won’t work here’.

“And so you go back to Australia having spent ten thousand dollars, but you’ve saved yourself two years and several hundreds of thousands of dollars in making the mistake of going ‘oh, well, we’re going to Silicon Valley.’”

While Propel said they haven’t yet had any participants from Perth, Brisbane-based Bruce Muirhead, who runs Mindhive – a platform that crowdsources policy and strategy construction – said the highlight of the program was the access it provided.

“The most valuable aspect for us was to have the access to pretty high-impact investor interest, and to have that in an informal setting probably was more effective than in a formal setting,” he said.

“I think we were up around 60 or so meetings over two weeks, of different styles of meetings, over drinks to pitching in Silicon Valley Bank, and a whole variety of things.”

An Aussie ex-pat and self-described ‘serial entrepreneur’ herself, Karen said her network in San Francisco is what allows the program to provide so much value, offering everything from one-on-one meetings with VCs to networking events at the Consul-General’s private residence.

“It’s a program that’s not just run by administrators, it’s somebody that really is an old entrepreneur and lives and breathes the network here on the ground,” she said.

“They know me personally, they’re very familiar with the program and Advance, and because the selection criteria is quite strict, they rely on us being a funnel of some of Australia’s best companies.

“They’re prepared to let those companies come and pitch because it’s like, ‘we know they’ve been vetted and every year they prove it to be right.”

That selection criteria includes at least one founder being Australian or having attended an Australian university, having launched a product or service and having customers, as well as being part of a team of at least two people.

Karen said while the criteria might mean some startups miss out, it’s in everyone’s best interests.

“We’re very strict about who we do take on the program, and if we don’t think you’re ready we’ll say no, come back next year,” she said.

“I’m very honest because we’re a not-for-profit and our only goal is to push Australia forward, so it’s in their interests, and our interests, everyone’s interest, to be brutally honest at times.”

Bruce said he was blown away by the calibre of presenters who worked with his group of startups.

“[We had] a six-hour workshop after a dinner party, in the boardroom of a hotel, doing a branding exercise with a guy who’s just come from doing branding with Elon Musk and with Qantas,” he said.

“You’re just meeting people who are big players, but it’s very much the expat culture which is to say … they do well and they’re willing to share what got them there, and also their own networks.”

Bruce said going into the program without too many preconceived ideas, but some goals, was the best way to experience it.

“I was flying across the Atlantic when I started to think about, ‘Well, what am I going to?’” he said.

“I had three goals. One was to meet an angel investor who had an interest in my product. One was to understand more about the US market, and one was to get a pilot spit in America. And I got all three.”

NAB is offering five of their customers a $10,000 sponsorship to attend the program, which doesn’t require a separate application – all that is needed is to complete Propel’s comprehensive online application, which closes on 28 February.