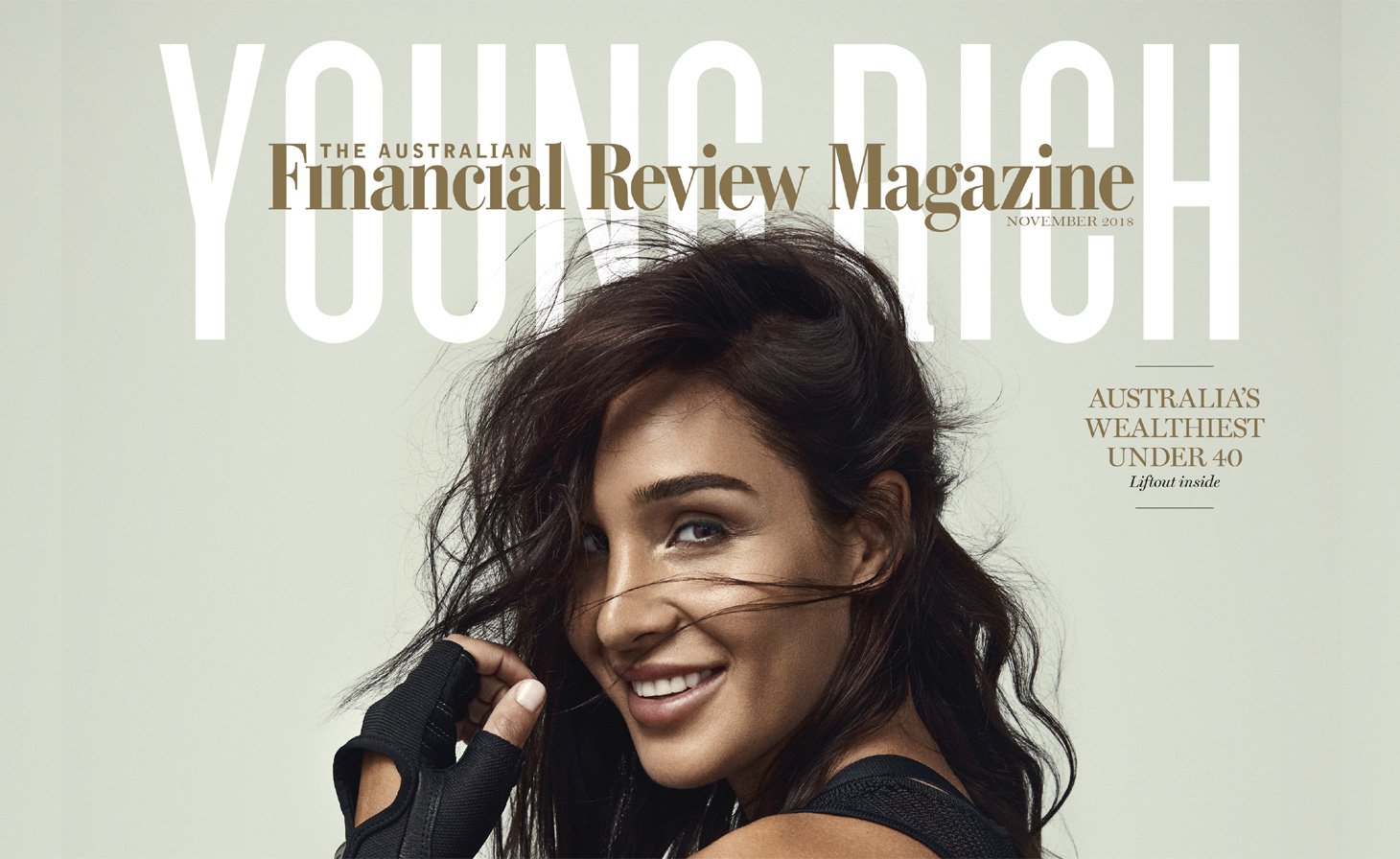 The annual Rich List, put together by the Fin Review, is out today and for a record seventh year, Atlassian co-founders Mike Cannon-Brookes and Scott Farquhar sit atop in joint #1 & #2 place with a record $14.2 billion – smashing the previous Young Rich List wealth-record, which they held, of $6.08 billion.

The only billionaires in the list, tech dominates with no less than 32 of the top 100 places.

The ‘Young Rich List’ tracks the wealth of the richest Australians aged 40 and under, who are self-made and have not inherited their wealth.

The next wealthiest industries after tech are financial services (14), online retail (10) and sport (9). The perennial Aussie favourite for wealth creation – property – comes in 6th with 6 names on the list. There is only one name on the list in the resources sector.

Fitness entrepreneur Kayla Itsines (see main image above) and her fiancé Tobi Pearce are equal #5 and #6 on this year’s List with combined wealth of $486 million. They are the wealthiest self-made 20-somethings in Australia after enjoying enormous success with their fitness app Sweat.

The average age of the Young Rich-Lister is 35, with eleven 40 year-olds and twelve twenty-somethings. The youngest debutant on the List is 22 year-old Nick D’Aloisio, who enters at #91 with wealth of $29 million.

There are 10 women on this year’s Young Rich List, up from nine last year. Melanie Perkins, of Perth-founded but now Sydney-based Canva, is 17th on the list with $177M.

Yes, we know you’re not (only?) in it for the money, but it’s good to know that you can build tremendous wealth through tech entrepreneurship, if things go well and take off. And the 32 (and other techpreneurs) on this list have done so, and are doing so.

An overview of the 2018 Financial Review Young Rich List was published online at afr.com today.