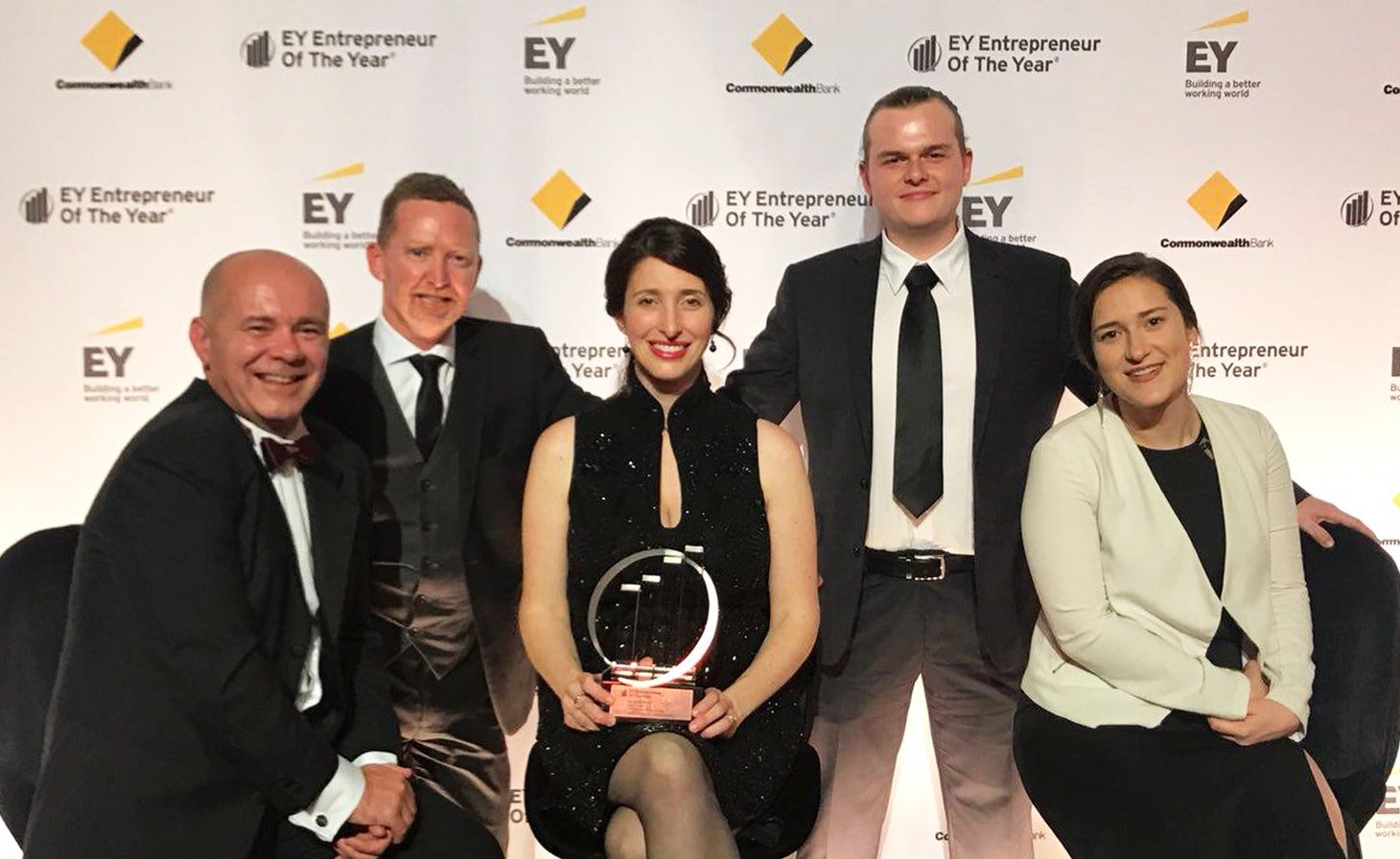 After an incredible year, WA’s Fintech Entrepreneur of the Year Dr Jemma Green says her company’s best work is still ahead …

One of the co-founders of peer-to-peer electricity trading network, Power Ledger, Jemma Green was recognised recently by EY alongside the other western region’s finalists for Australian Entrepreneur of the Year, Aidan Jenkins, Wayne Peel and Tony Routledge.

“The first thing would be the opportunity that it would provide in getting information about Power Ledger and what we’re doing out to a bigger audience,” she said.

“It’s an amazing platform and an opportunity to help our business.

“The second thing is the recognition for the work that we’ve done, and that it actually is something meaningful in the bigger sense of the word.”

Now with projects getting off the ground in Silicon Valley and Bangkok, Jemma said the growth has been exciting, but has brought the need to review how the company operates.

“We’ve grown very quickly from five founders to a team of 20 plus  … so I think that managing that, discerning how to work effectively at a larger size, … is the bigger challenge right now,” she said.

Jemma said her advice to up-and-coming startups would be to lay strong foundations for the business.

“Having a deeper understanding of things like all the documentation that you need when you setup a company, and getting really good quality advice so you understand exactly what’s going on with corporate structure [is essential],” she said.

Power Ledger was formed in mid-2016 and is partially based on Jemma’s PhD applied research project into disruptive innovation in electricity markets.

The blockchain applications developed by the company allow users – ranging from utilities to consumers – to trade electricity, reversing declining utilisation of power grids by using them to facilitate peer-to-peer transactions.

For example, if the system was working in Australia and you had solar panels on your roof, you would be able to trade excess power with your neighbours and others, and vice versa, on the Power Ledger blockchain market.

Yes, this is highly disruptive. Imagine what Western Power and others are thinking.

With a growing number of projects around the globe, Jemma said the future looks bright.

“I’m excited for the delivery of the platform in a lot of new projects that we’ve just signed up, and the potential that brings for scale and commercialisation of our technology,” she said.

“For example, we’ve got a project with Silicon Valley Power looking at carbon credits generated from charging electric vehicles during the day from solar, as opposed to at night from fossil fuels, and that’s exciting because it’s looking at carbon markets and the US market.

“We’ve [also] got a project in Thailand right now with an amazing partner BCPG and that project could scale very quickly and it’s very exciting for that reason.”

Jemma said to have reached this stage not long after returning from more than a decade abroad as an investment banker was a dream come true.

“It’s very exciting for me personally to move back home to Perth after 11 years in the UK and to have this opportunity afforded to me,” she said.

“I feel like it’s once in a lifetime, and I’m really excited for what it might offer – not the least for Power Ledger, but also I think for Perth in terms of relating to itself as a place where technology companies can be born.”

You can learn more about Power Ledger here.