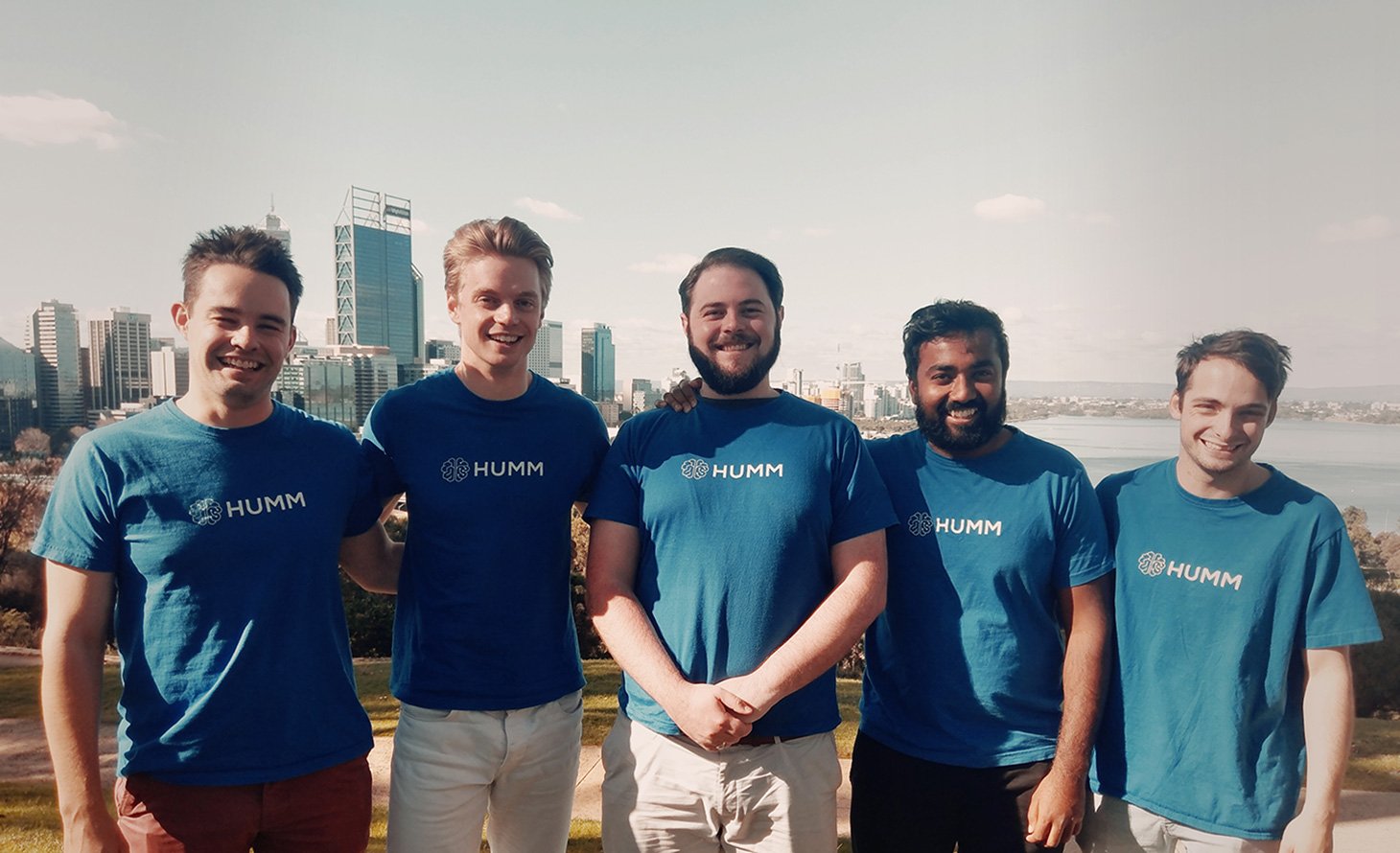 Those nice, and exceedingly clever, guys from HUMM are off to San Francisco, having secured a Silicon-Valley based investor. Bon voyage and go well…

Perth’s loss is Silicon Valley’s gain as the HUMM Tech team are leaving (today) for San Francisco, having secured a funding round with an investor there, which may see the fledgling neurotechnology business remain in the US for good.

“The HUMM Tech team has some big news: we’ve taken on some funding and are moving to San Francisco to establish HUMM Corporation!” cofounder Iain McIntyre announced on his LinkedIn page yesterday.

“In the last 12 months we’ve had our fair share of wins and speed-bumps, and each of us have learned more in this time than any other time in our lives… but this was just the start,” said Iain.

“We’ve been truly humbled by the amount of support we’ve been given by the WA and Australian startup community, as well as of course our mentors, friends and family.

“We offer our thanks, and commit to pay it forward (with) dividends in the years to come! We can’t share everything just yet, so stay tuned for more … but for now we’ll leave you with a quote (sic) that’s greeted us every day we walk into our office for the last 6 months: ‘Only those who attempt the absurd can achieve the impossible.’ #thinkbetter.”

They sound pretty pumped, don’t they?

And so they should. It’s a tough road creating a whole new business, in a whole new area, neurotech, and from Perth, of all places.

We first came across HUMM in 2015, when they sprang from an idea in a neuromodulation research lab.

In 2017 the founding team assembled, made up of a NASA prototyping engineer, racecar build team leader, a doctor/neuroscientist and a serial entrepreneur. Between them they have worked at Pawsey Supercomputing Centre, NASA, UWA, Macquarie, and Fiona Stanley Hospital. Their expertise saw them develop a white paper on the topic of neuroscience.

Last year was spent deep in research, prototyping and testing.

They won a place onto the muru-D Plus Eight tech accelerator, and had a few rounds of seed funding along the way, picking up some of the best advisors in Perth in Andrew Larsen, Matt Macfarlane and Tim Brewer. That’s quite a trifecta.

They received a fair bit of press, including this on Channel Seven News (although the TV journo rather got the wrong end of the stick and spoke about ‘mind control’), and in early 2018 were announced as a finalist in WAITTA’s Startup of the Year category (winners will be announced on 15th June.)

This year they plan to launch their first product, EDGE, a performance enhancing wearable for the brain. The idea is that professional gamers will use these devices to stimulate their brain such they will ‘get an edge’ in competition.

The professional e-sports industry is an enormous one. Over US$2B was spent in the US alone last year on gaming accessories, with nearly three times the number of viewers watching the League of Legends finals than the NBA (basketball) championships.

We will watch on proudly as HUMM take flight.

As the team likes to say, “from HUMMble beginnings great things come.”