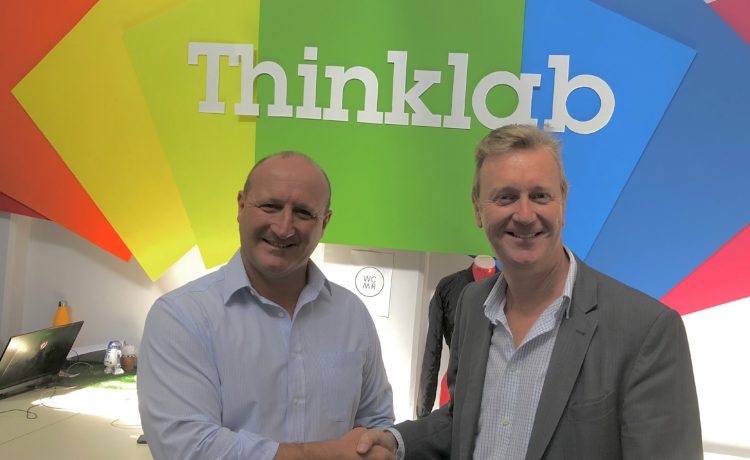 The Freo-based coworking space has not only put its money where its mouth is to support us, it’s home to some flourishing startups…

It goes without saying that Startup News lives or dies by you, our dear readers.

Business wise, we won’t take advertising, won’t have a paywall, won’t do sponsored content. We are kept free and open thanks to our sponsors. Simple as that.

When we approached ThinkLab to come on board as a sponsor, they jumped at the chance. So we salute them for that as well as the services they provide to their own local community.

Patrick Green works out of and co-owns ThinkLab, and he is also the CTO of Credi, a fintech startup housed at ThinkLab.

Patrick also runs the fortnightly Freo Startup sessions, modelled on Perth Morning Startup at Riff (Spacecubed), which runs in alternate weeks down at the Fremantle co-working space. There is a real belief that Freo can have its own ‘scene’, and can be an additional centre for startups, much like those in the Perth CBD.

So why would Tim Dean, the man behind both Credi and ThinkLab Coworking, want to help Startup News?

“Thinklab sponsors Startup News so that we can support and grow the startup scene in WA.” Tim told Startup News, “We also love to see startups succeed, especially local ones.”

Thinklab has also recently built a brand-new training/conference/workshop, called the Meetup Lab, where they host the Freo Morning Startup and which is available for hire to the public. They also have plans to turn their existing meeting space into a full blown video conferencing room.

One of the startups located at ThinkLab Coworking is Voyant AR, which develops bespoke augmented reality experiences for mobile devices.

The team is currently working on a location-based augmented reality platform (to be released later this year) but also available for commissioned work, working with brands and agencies that are interested in using augmented reality to create unique customer experiences.

“Augmented reality has been around for a while, but recent developments in technology has made this available to everyday smartphones,” Natalie told Startup News. “This opens up a range of exciting opportunities for content creators and software developers. We’re currently working with people from a diverse background including artists, animators and game developers to create some really amazing experiences to showcase what’s possible.”

Another startup working out of ThinkLab Coworking is the aforementioned Credi, a peer to peer lending fintech which was a finalist in last year’s Startup Challenge (formerly OzApp Awards). Credi has seen more than $58M loaned across its online platform, and they have been featured on Channel Nine as well as The Age, TechFlier, Sky News, ABC News and 6PR.

Credi also won the Techboard award for the ‘Highest Trending Up and Coming Company’ in 2017, and has since pushed to expand globally (into 30 countries, along with thousands of users). Coinciding with this push has been the development of their new product Credi Partner incorporating a suite of new loan types. This has driven Credi to new heights including showcasing their tech at the Accounting Business Expo 2018 In Sydney last month.

There’s also Gizmo Cats, which was founded by Oscar Naval after speaking with other parents of children who went to school with his son.

Oscar discovered that he was not alone in noticing that kids play games on computers but do not understand or appreciate what makes them work. Rather than kids just playing games (e.g. Minecraft), why not teach them to change the game’s virtual world with programming and control devices? As a result Oscar created a STEM learning program that teaches physical computing (e.g. using a Raspberry Pi single-board computer and other micro-controllers, and program languages such as Scratch and Python).

Patrick Green is co-founder and part owner of both Startup News and ThinkLab Coworking.

ThinkLab Coworking is one of 16 organisations featured on our updated list of co-working spaces, and is located at 51-57 Market St, Fremantle, a short walk from the train station or the cafe strip.

Thinklab Coworking (TLC) offers a shared, community-driven workspace for location-independent workers. As a member, “you will not just be a customer of TLC; you’ll be an active part of what TLC is and does for you and for others.”