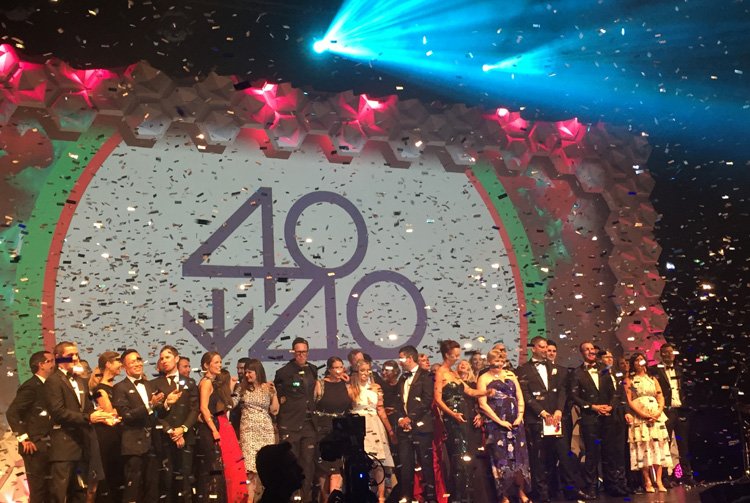 In a sign that WA’s startup scene is developing strong businesses, 8 of last night’s 40under40 inductees heralded from the tech/startup sector.

Business News’ 40under40 awards, now in its 17th year, has recognised over 640 West Australians who have done great things by mid-career. The awards ceremony, always a glittering occasion, took place last night at the Crown Perth ballroom, with over 600 in attendance where another 40 were inducted into the exclusive club.

A record number of nominees this year spoke to the fact that the awards have become a key annual event in the business calendar for many, and that more and more of WA’s young business elite see it as a goal to shoot for before they reach the age at which, apparently, life begins.

The full list of winners can be seen on the 40under40 website. Among the latest 40 were 8 names you may recognise:

So that’s 20% of the winners. Last year I counted seven startup/tech people. The year before, six; so the sector is definitely on the rise and achieving more and more recognition.

It was also great to see that 40% of winners were female, a lift from last year’s 30% (and 2016’s 33%). Often, there are twice as many male applicants, so this year women did extremely well, and on International Women’s Day too.

The overall winner was from the mining industry, and gave a great speech applauding all the 40, and thanking his family, notably his parents, for all their support. Raleigh Finlayson has taken his Saracen gold miner from a valuation of $9M in mid 2013 when he took over as its 34-year-old MD to $1.3B today.

So, if you’re in startupland and looking for some recognition and applause for what you’ve built, the message is that the high end of town looks favourably upon you, and next year, or some year after, you could be standing on that stage.