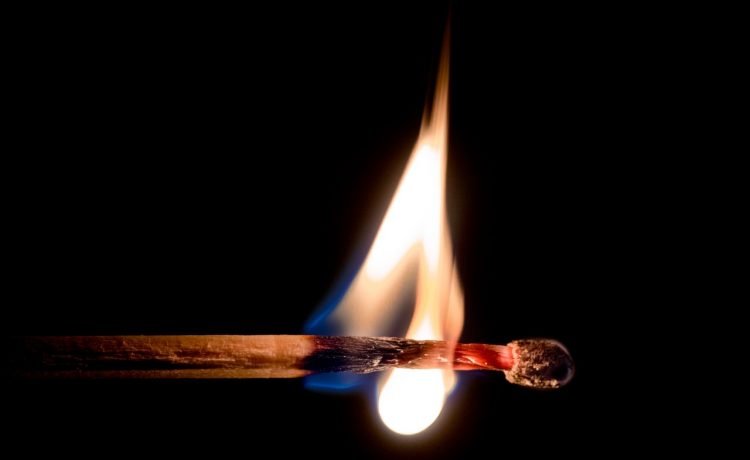 There’s something to be said for being self funded. Every buck you spend is yours, and you’re going to do it wisely. Not so if you raise some significant coin.

I’m known to be a nosy little parker, so when I was enjoying some rare spare time, I reviewed a recent annual report for an Australian tech company that landed in my greedy, sweaty hands.

See these little documents tell a better story than Donald Trump does with an errant microphone. I learned that this outfit had spent $1,235,000 in marketing, to get around $2,629,000 in sales in one financial year.

Fair enough, I thought. Assuming all other costs of actually delivering the product, such as wages, etc were low then it could be an OK deal. Not the Growing, funded SaaS companies who treat CAC with respect often commonly target CAC = LTV / 3 as Jason Cohen refers to in this article, but spending $1 to make $2.13 isn’t the worst figure I have ever seen.

Worth possibly thinking about scaling, right? Assuming (and a BIG assumption) all the other costs are minimal.

So let’s just say ten million dollars lands in their bank account. What do you think happens then?

Well, this little dog-eared annual report shows me that they ramped up, and spent $6.7 million dollars in the next (roughly) 12 months on marketing. Marketing across a stack of channels, both online and offline. That’s $558,000 a month, which is the equivalent of 558 average Perth cafe breakfasts (ok, that may be an exaggeration, but really, Perth? $15 for a tiny portion of food slapped together by a bearded, tattooed cranky hipster who seems reluctant to actually finish a sentence?).

So what did they get for their whopping $6,700,000 spend? The $14,271,000 that their last previous CAC (Customer Acquisition Cost) to earning ratio brought in? You’d hope that’s the worst case scenario, right?

Hell-freaking-no. Not even close. They brought in a measly $6,988,000. This is not a mistake. They spent six point seven million buckaroolies to bring in $288k more than their spend. That means for each shiny one dollar gold coin they tipped into marketing, they made $1.04 back. That’s not even a coin, four cents. You can’t even get 4/5 of a lolly anywhere in Western Australia for that.

Sure, we can put that huge spend and more underwhelming return than sniffing a three week old cheese and vegemite sandwich down to that elusive branding, but shit, that is significant coin to cross your fingers and squeeze your buttocks extremely tightly that the income will continue flowing after you’ve tipped that house-sized piggy bank in.

Yes, I took these figures out of context, there’s a crapload more figures in this report, but to keep things simple, I’ve literally looked at the marketing line item versus the income line item. The addition of the other figures makes the situation a shitload worse; like betting your family home on Brexit never happening worse.

Let’s say they stop spending $588k a month on marketing, and they keep earning, say 75% of the previous income. That’s $435,000 a month. It will take 16 months of that monthly income continuing at the same rate (which I’m happy to bet a $1,000 Perth breakfast, will not happen) to make last financial years marketing spend back.

I can model this, based on other averages and statistics, and show you that it’ll take between 3-4 years to repay, and then will end up with a business that is doing less income than before they spent that crazy sum of money.

So why do this? I get the whole first to get massive market share wins, but tell that to Yahoo, who are watching millions of dollars of valuation drop quicker than your motivation at 6.00am after a hard night on the town. Bet they aren’t feeling like winners at the moment.

Why on earth do fast growing startups feel the need to burn cash at a rate faster than sanity allows, just to get diminishing returns? Is there a smarter than I can see play here, or is it just ego? It seems like the current state of the US Elections; a race to the bottom.