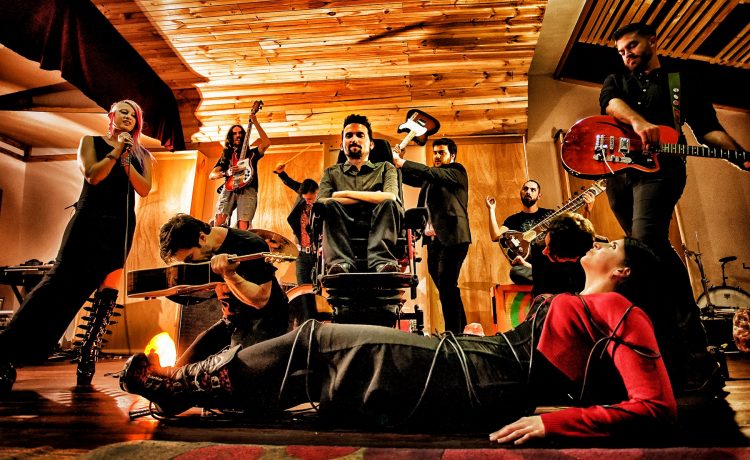 //SN: Hey Anthony, tell me what Gigger is about

Gigger connects bands, promoters and venues all in one place, it’s a three-way marketplace solution for live music. You can search for bands by genre or name, book gigs and manage bands online. It’s about making gig promoters and bands lives easier as well as venues. Gigger is bringing a cool tech solution to a largely low tech industry. One of the features I am really proud of is the dashboard where you can keep your worksheet live – no more scraps of paper covered in spilled drinks.

Gigger’s web platform integrates Facebook, Bandcamp and SoundCloud. Gigger’s crawler algorithm does all the work finding bands and analysing their profiles, even with incomplete data.

//SN: Where did this idea come from?

I have been in the music industry for 14 years as a musician and also behind the desk in the studio. I know firsthand the difficulty new bands have getting their first shows, let alone touring support roles. But also the frustration venues and promoters have in finding exciting, new talent.

//SN: Tell me about the Gigger journey so far

We released a MVP last year via Facebook. It was all about getting validation as quickly as possible. From 1 post to my network we gained almost 150 signups, so I took that as a pretty good signal. We launched Gigger in January and quickly got 450 users.

Since then we’ve been working on improving our conversion funnel in order to get more feedback about the platform. In the process, we stumbled into building a search engine which has proven hugely popular. It has generated nearly 3x more traffic in the last week with no press coverage, than our launch in January which was well covered.

Over the next 6 months our focus is on the search engine. We are stripping back and focusing on this one feature. At the moment you can search for and book over 220,000 bands worldwide – We are pretty chuffed about that. You can check a band’s profile, listen to their music, check their availability and book them. Our aim is to increase traffic to the website and grow our brand.

Mary, to be honest it’s a challenge wearing a tech hat and then also finding the energy to really focus other aspects of setting up a killer startup. But we are bringing in some new talent to help.

Quite simply you need to be passionate about your idea. Building a startup hurts, and every win is followed by another blow. If you’re going to get up the next day and get back to work on your startup, you need an idea that drives you to insane levels of perseverance.

Yet it’s important not to become too attached to the early version of your idea. Find out what the core value of your startup is, why you’re motivated to do it, and be prepared to build anything that lines up with that core objective, because you won’t know what the market wants right away. Chances are it’s not your 1.0 release.

//SN: Anthony, one tip for anyone with an early startup idea?

Make as many mistakes as quickly as possible. Often people spend a lot of energy trying to predict mistakes and engineer a preventative solution, but when their product enters the market they realise they’ve made assumptions that were incorrect, and the mistakes they made weren’t the ones they worried about. It’s better to fix things later than looking before you leap.

//SN: Thank you so much for your time Anthony!