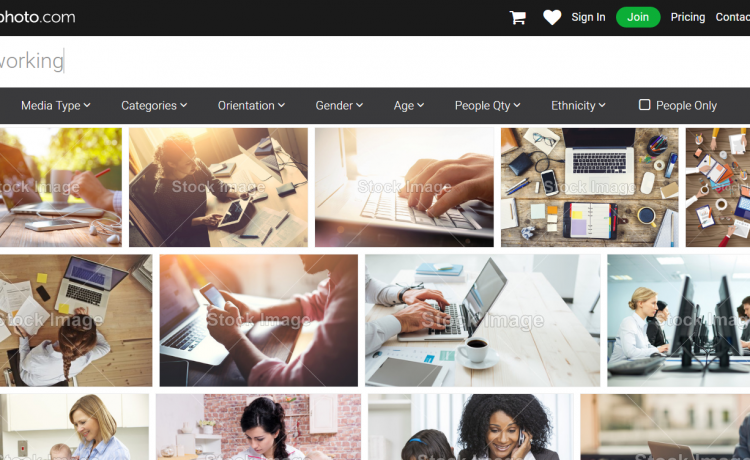 I recently got a chance to speak to Jon Yau, co-founder of StockPhoto.com which is actually a Perth-based startup, although most people wouldn’t know this. We spoke about buying domain names, dealing with the haters and more. Enjoy!

//SN: Hey Jon, tell me a little about what StockPhoto.com is.

Stockphoto.com is an online image marketplace where photographers license stock photos to buyers for a one-time fee. Licensees (or purchasers) are then free to use the images within the usage agreement granted by the photographer.

Stock photos are images used in websites, apps, brochures and other promotional materials.

They are usually generic in nature and can cover diverse subject areas. For example, stock photos may include images from people, locations, flora, fauna to illustrations and art. They are limited only by the imagination of the photographer. For a small, one-off licensing fee to the photographer, buyers are granted usage rights for the selected image.

For each photo that Stockphoto.com licenses, we pass this revenue on to the photographer (i.e. the owner of the image) and keep a small commission as our fee. The buyer downloads the ‘un-watermarked’ photo(s) immediately upon payment. Everyone’s happy.

Stockphoto.com launched in September 2013 as a part-time, self-funded, one-man band.

//SN: So where did the idea for running a stock photo site come from?

Having pissed away the best years of my professional life, I figured I’d better get my arse in gear to do that web startup that I had pencilled in my Bucket List.

The catalyst for action came in the form of a Flippa.com listing (Flippa is the largest domain names and website marketplace on the web) in November 2012 for the domain name, Stockphoto.com.

After much gnashing of teeth (and spreadsheets), I took the leap and bought the domain name in January 2013.

A number of products such as themes, software, etc. would have fitted the bill, however, Stockphoto.com was by far the most attractive proposition that arose and was hard to walk away from.

I reasoned that with more potential consumers gaining access to, as well as choosing to use, the internet, businesses are adapting by upgrading their presence on the web. Along with web hosting and web programming, stock images are a basic building block of the web. It is my assumption that more websites and apps will mean more demand for coders, designers, servers and ultimately, more stock photos.

I know the stuff on Shutterstock sells. And I also know that the “Stockphoto.com” domain name is going to bring me web traffic from the get-go.

So if I was able to source the same images currently selling on Shutterstock and all the other stock photo marketplaces, and assuming I price them roughly the same as those other websites, and all other things being equal then I should be able to sell them to the visitors coming to Stockphoto.com.

//SN: This is a dual sided marketplace, right? You need to work with both content creators and customers – they are both customers in a sense. How does this work?

Stockphoto.com is currently a closed marketplace in that content creators join us on an invite-only basis. I find it much easier to control the quality of the imagery as well as putting less pressure on the limited support resources I have. It also allows me to focus on generating a decent return for my photographers.

Lee Torrens, one of my co-founders looks after the supply-side of the marketplace and acts as our photographer advocate (when he’s not busy with his other startup, Canva.com).

Luke Evans, my other co-founder looks after the demand-side of the marketplace and is responsible for, amongst other things, the UX for our buyers.

//SN: What makes you different from one of those other stock photo sites? Why should we buy from yours?

For pretty much the same images, we’re cheaper than Shutterstock and iStockphoto on a ‘Pay-as-you-go’ basis. They tend to focus on the high-volume users/agencies and price accordingly.

//SN: What is your plan next? Shall we expect stock video, stock illustrations, etc?

Stockphoto.com now has >47 million images and vectors on both standard and extended licences having started in September 2013 with 57,000 images for our MVP. I’d like to expand into videos by Christmas.

However, for the first time in three years I have a website that I’m not embarrassed about. 🙂

So I’m going to play a more active role in business development and content marketing. For a while there, I actively tried to keep under the radar – no point talking about what you’re going to do. Much more productive doing it, then you can talk up a storm later if that floats your boat. I’ve come out of that self-imposed exile a bit to attend meetups and do a few interviews (god knows why people are even mildly interested).

I haven’t even looked at SEO as all of my traffic is organic/direct navigation – I haven’t spent a cent on paid traffic or advertising. In the future, I see SEO playing a major part in bringing in additional traffic.

//SN: If you had to give one tip to fellow founders, what would it be?
When you’re doing something a little unusual, you get the naysayers and sometimes, even the haters.

I was no different. Who in their right mind blows a quarter ‘mil on a domain name?

People love casting doubt on everything you do – business models, cost, inventory, customers, competitors, EVERYTHING. If you’re interested, a small sample of what I copped is available here.

My tip is that before you embark on any adventure – startup, climbing Mount Everest, midnight nudie dash around freo oval etc. Make sure you’re doing it for the right reason.

Then paddle like hell to build something cool (even if other people don’t think so).

//SN: Thank you so much Jon for your time, and all the best growing StockPhoto.com into the stock media powerhouse.