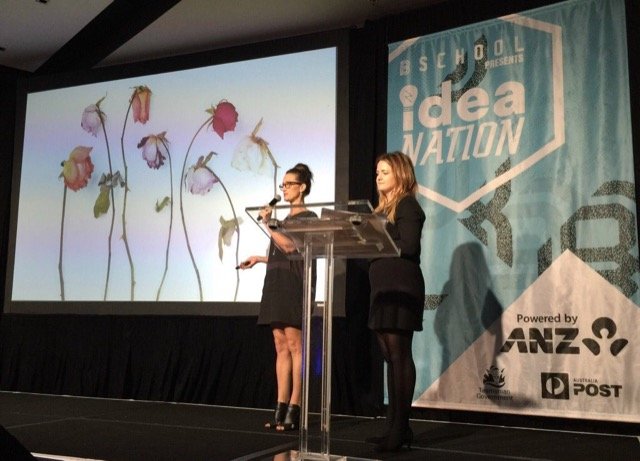 Abby Page is the co-founder of Flowerfox, and they recently pitched at the Idea Nation. This is her story of the event and the Five Things she learned from it. 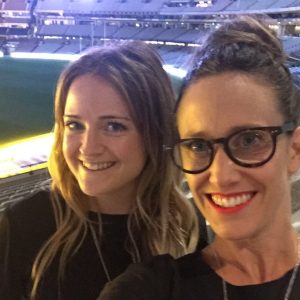 My co-founder Leah Pooley and I have been quietly working away on our startup since mid 2015. Three weeks ago we decided to apply to the BSchool Idea Nation pitching competition. This was an opportunity to pitch at a live event at the MCG in Melbourne, in front of a panel of Australia’s top entrepreneurs, and a live audience of 400.

To enter the competition, we had to submit a written application form, with six 150-word answers. We got the call a couple of days later that we were one of five finalists out of a team of 150 entries.

Making the finals was an awesome feeling. Anyone working on a startup knows that you are constantly second guessing yourself (entrepreneur roller-coaster) and to get external validation helps to build your confidence. That feeling of excitement lasted five minutes until the terror set in. Here are my major lessons learnt:

It sounds ridiculous, but the most challenging part of the whole process was putting together the six slide pitch deck. The irony is that the deck is 98% pictures. How could this take so much time?

Anyone who is involved in startups knows just how much information there is online about pitching. The vast majority of the information whether you look at the Pollinizer Pitch Deck, Guy Kawasaki’s 10:20:30 rule or, as recommended to us, the Alexander Jarvis blog, the basic content of what you put in a pitch is similar. This is all ‘best practice’ but a lot of it is also contradictory. Who do you listen to? And how do you cram it into six slides? 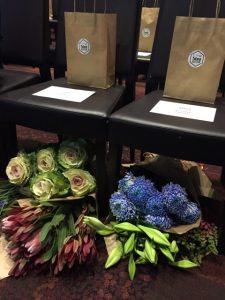 Simple is hard. Cutting a year’s work down to a five-minute speech and six slides seemed impossible. Especially when you and your Co-founder seem to fundamentally disagree about every element of every slide! At the time it was like we thought the entire pitch was going to be won or lost based on adding or taking away a few words from a slide.

We got far too emotional about this process. Neither of us enjoyed it, and it used a huge amount of energy that could have been better directed working on the business and caused unnecessary friction between us.

My view: Let one person take the lead and build the deck, and unless something is fundamentally wrong, just go with it, test and learn, and improve it for next time.

This experience reveled that Leah is far better at pitching than I am. She has an amazing talent to memorise a large amount of information word for word, and was completely calm under the pressure and nailed it on the night. I have a more relaxed ‘let’s see what happens when I get on stage’ style, and freak out trying to remember exact lines, my style doesn’t really lend itself to a highly rehearsed pitching scenario.

In most of the pitches we watched online, one founder does the pitch. This makes the pitch flow better, it is easier to get a better pace, and probably much clearer for the judges.

We felt it was important for us both to be involved in the first pitch. This involved me flying to Melbourne (so there were costs associated in terms of time, energy and money).

When reflecting on this, I still feel it’s important for founding teams to show up. My personal view is that perhaps judges or investors would question the commitment of a team if, for example, I didn’t deem it important enough to fly over from Perth for the event. It’s also half the fun, doing things as a team.

But in the future (depending on the situation) I would let the best pitcher pitch. I will also try and get better at doing it!

My view: Showing up is important, so we think that your whole founding team should be there at pitches if it is practical. But let the best pitcher represent the team on stage.

3.Question Time was the best part

Anyone who has seen the grilling people get on Shark Tank or has been to a pitch event probably thinks question time is the worst part of the pitch. I don’t agree.

It is really exciting to have finished the formal part of your pitch (I would describe the feeling as ‘@&#^ yes it’s over and I didn’t embarrass myself), and have an opportunity to clarify and explain your business in conversational language. 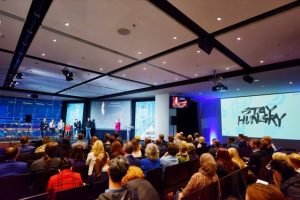 Pitching (and successful business in general) is all about being honest. Just tell it like it is. The judges will call your bullshit, so give straight up answers, be honest and if you don’t know something, say so. Don’t oversell. Think of answering questions as your biggest opportunity to convey your passion for your business and build a rapport with judges/ potential investors.

We listened to four other pitches on the night, and the only time people struggled was when they talked ‘around’ the question, rambled, or clearly didn’t understand what the judges were asking and therefore gave an irrelevant answer. Listening is key – don’t just be waiting to talk.

It’s no secret that investors are assessing you as people, as much as the idea. Stuffing up the Q&A, being defensive or having a closed mindset (e.g. not embracing their suggestions) is a sure fire way to get the judges offside. Naomi Simson often refers to looking for ‘coachable’ founders who are willing to take advice and listen.

My view: Listen to the question, pause and consider WHY the question is being asked and what the judge’s concern is, and give a clear, succinct, genuine answer. Convey your personality, your passion, and if you can make them laugh then you should. They are testing not only your knowledge of your idea or business, but your understanding of the industry, start up processes and theory, your understanding and appetite for risk and level of commitment to the business. You have to be smart about your answers in order to tick as many boxes as possible rather than just answering the question on face value.

4. Let one person answer all of the questions 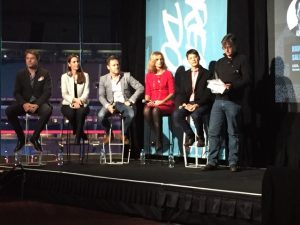 There is nothing quite like standing there with a microphone to your mouth anxiously listening to the judges, preparing an answer in your head and then your Co-founder starts answering the question. Obviously speaking over someone is a no no, but it is so tempting and we fell for this several times…I just had to put my two cents into an answer. You stand there listening to your Co-founder thinking “I want to answer that question differently!”, and then sometimes you both end up answering the question in your own way, and you waste time where you could be being answering another question.

We did have a plan as to who would answer which question before we got up there, but passion takes over and you just want to talk about your business!

For this reason, in future I would recommend only one-person deals with the questions.

This was one of the defining moments of my career so far. It pushed me far beyond my comfort zone, and tested our relationship as a co-founding team. But was so much fun at the same time and afterwards the feeling of accomplishment was amazing and opportunities are already opening up as a result. Yes, we were nervous, but once you are on stage something takes over and you just get it done.

The judges as well as a number of people from the audience commented that they could feel our passion and excitement. People came up to us really excited telling us to hurry up and launch because they desperately needed our product. That was a good feeling.

I can genuinely say for me, it wasn’t about winning and it wasn’t about the money, it was about getting out there, being involved, testing our idea and ourselves and taking a risk, and being part of a great event.

Getting exposure and time with top Australian Entrepreneurs was priceless. We met some great people, including the other pitchers, sponsors and audience members. 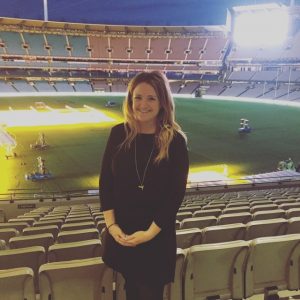 My view: To leave a stable corporate job to pursue an unknown dream takes courage, and to stand on that stage knowing that we had earned our spot through hard work, determination and taking risks and chances is an unbeatable feeling. If you’re considering starting a start up, just do it!

Follow my journey on twitter @abby_flowerfox and check out our launch page www.flowerfox.com.au. Thanks to @BSchool_AUS for the opportunity.