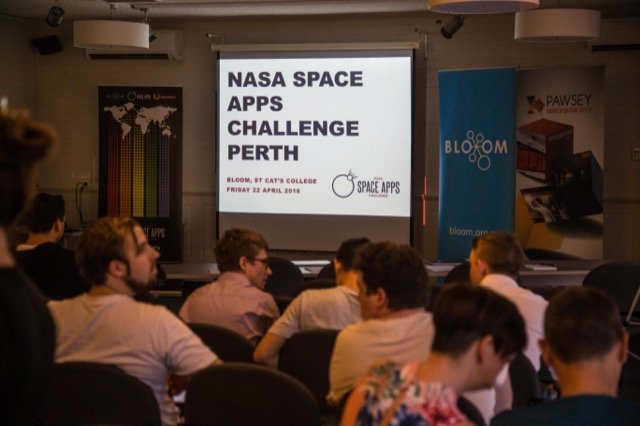 Across the globe over 16,000 innovators, problem solvers, engineers and creatives worked together this weekend to solve cutting-edge problems in the world’s largest hackathon, the 2016 NASA Space Apps Challenge. Including teams at Bloom Labs in Perth.

The Perth node of the Challenge, organised by Bloom and Unearthed, saw 35 young hackers working at the BloomLab at St Catherine’s College, UWA to develop and pitch prototype solutions to judges from the Pawsey Supercomputing Centre, International Centre for Radio Astronomy Research (ICRAR), Microsoft, Perth Artifactory and CORE resources hub. 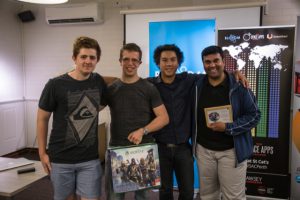 Team Rocket consisted of Ben Derham (28, Developer & Designer at Longtail), Chris Andrawes (25, Art Director at Longtail) and Maurice Melchers (33, Freelance Developer) and decided to tackle the Earth Live challenge and create a tool that leverages NASA imagery and climate data to illustrate the impacts of our changing Earth.

Chris Andrawes said their innovative solution of using Earth-based emoticons to convey climate data came from a key insight after hours of brainstorming. “How do you convert science language into everyday language? What’s the one way that every human being on Earth, even babies (across all cultures) can communicate incredibly complex data? Facial expressions.” Mr Andrawes said. 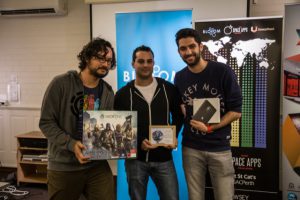 The team built upon existing artificial gravity research to design a scalable, twin spiral, spin gravity space station that could be easily flat-packed into the payload bay of current launch vehicles. Michael Le Page explains their unique take on the design. “Other artificial gravity designs relied on spinning toroidal shapes, but these have disadvantages – walking into the direction of spin is much easier and walking away from it is much harder. Our twin spiral design removes this issue entirely.” Mr Le Page said.

Conrad Pires said he wasn’t sure what to expect from what was his first hackathon:

“I had never competed in a hackathon before and I wasn’t sure how much I’d be able to contribute. Our team formed on the night and we ended up working really well together – we had a great mix of design, business and technical skill-sets.” 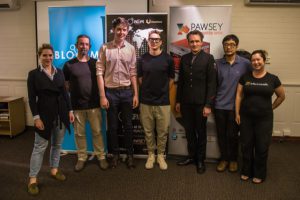 Space Apps Perth Facilitator Mikey Kailis said that these hackathons are being utilised by more and more large organisations as a valuable tool, he said:

“Hackathons are becoming a frequent amongst industry as a tool for rapid workshopping of ideas. NASA’s Space Apps is a great example of how a major organisation can break down its barriers and connect with communities all over the world,”

The next Unearthed hackathon is MineHack from 13 to 15 May, hosted by BHP Billiton, 125 St Georges Tce, Perth, WA. Register here.