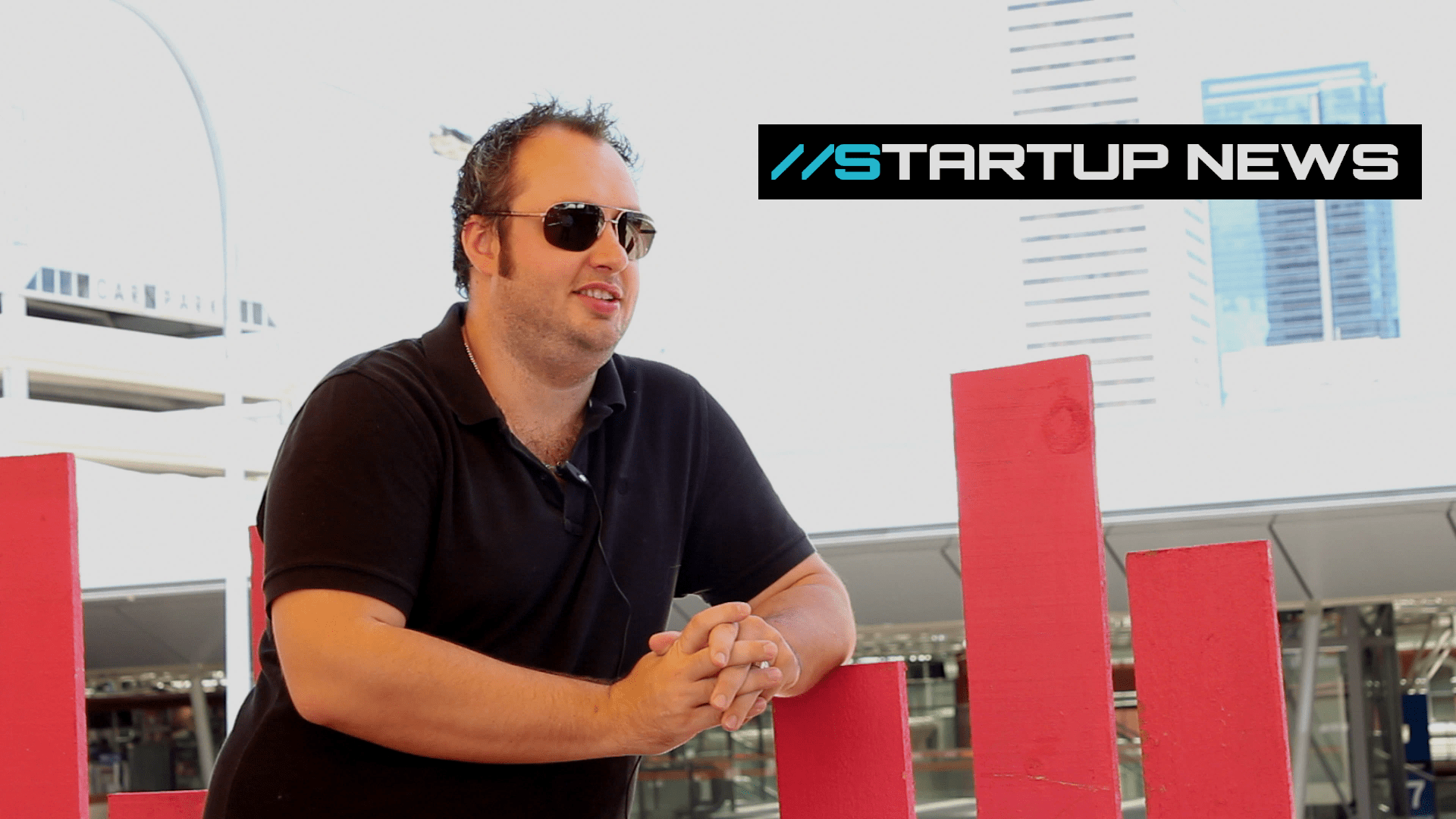 There are many reasons to found a startup. Dreams of wealth, fame, respect, midlife crisis, wait… what?

For Tristan Jud, a Perth Web Designer turned Photographer, the thought of turning thirty tweaked something in his brain to do a project that had been on his mind for years.

With his passion for photography and his skills as a web designer, he has spent the last 5 months creating fotoleaf.co, a photo sharing site with a difference.

Fotoleaf is not just about storing and sharing your photos, fotoleaf has hand picked curated photo galleries that contain the best of the best.

Watch the interview video below, or read the full transcript at the end.

SN(Startup News): Tell us about yourself and your background?

TJ(Tristan Jud): My name is Tristan Jud… I’m from Perth… I am a photographer. My background is that I originally was a webdesigner turned photographer.

So my venture is called Fotoleaf.co.

SN: So, tell me some more about fotoleaf.co, what does it do and how did it start?

TJ: It started about… it’s been an idea of mine for a long time, a good two years or so…and about four to six months ago I realized I was turning 30. I don’t know something just tweaked in my brain I though I’ve got to do this … I might as well do it now … so It’s been a few months kind of playing around with the idea seeing whether it will work and stuff like that…and then just before or a couple of months before Christmas started coding it up and getting it going. So you know it’s still in it’s early stages, but that’s kind of how it came around. Kind of a mini midlife crisis turning thirty.

SN: So how does it work?

TJ: Most social networks and things like that are based on some kind of popularity, popularity vote type thing… and that is fine and it works well you know you get some great images. I wanted to create something that was easy for say new photographers to have their work found if their work was terrific. So it doesn’t matter who you are everyone’s work has the ability to be curated or put into a special gallery and we based that on the photo itself not the person uploading it. So it doesn’t matter if the photo has 2000 likes or something like that. That doesn’t get it extra popularity it comes down to what the actual photo is like.

So we do have some kind of advanced algorithms running that do send photos through that could be worthwhile looking at but the majority of it is human run and human picked. So that is kind of the basis around that and then we wanted to bring communities back into the site as well, so we are developing a kind of community module behind it. You know where people can discuss and chat, have a bit of a talk outside just the photo that they have posted.

SN: How has the response been so far?

TJ: I would say it has been very good and we launched our kind of our invite page and the hosting that we were testing and trialling on couldn’t handle all the people we got signing up, so we had to move over to that. And at this stage we are just releasing or inviting a small group at a time just to get things going but you know it is going well. I am not one to dive in and get thousands of people signed up straight away I like to fix the bugs where they are and you know with a small group and just roll it out slowly. It has been good that there’s a lot of talk about it, a lot of people interested.

SN: What is the potential for your startup in terms of scale and reach?

TJ: It could be huge or it could stay extremely small and fizzle away. But I think… I think if it’s done slowly and it built up slowly and I take a lot of the users input into how we design and set up the basics of it and now the people in there testing it, trialling it, they can send through new ideas and stuff and they all go into the mix and stuff implementing them as they go. And so I am trying to build it in a way that everyone gets something out of it or everyone’s happy with it, and you know the other thing is if they want to talk to someone they can you know we spent a lot of time setting up the support side of things so if they want to chat I’m always there for a chat. Potentially it could be huge so we will see how it goes.

SN: Do you have any investors at this stage, or are you looking for investment?

TJ: The co-founder I suppose would be my wife, who is the best tester out there, because she will look at it and say that’s crap, do something else. She would be I suppose the co-founder. She’s the one who gets in there and sees everything first, and does everything. We didn’t take on any investors we would rather just do it easily and you know none of the extra hassle involved. You know if investors came along it would be something we would look at of course but it would have to be the right fit, not interested in just taking them for their money.

SN: Do you have revenue at this stage?

TJ: Yeah there is a model for revenue, obviously you can’t run a site like this and not generate some kind of money out of it, it costs a lot to build, it costs a lot of upkeep and things like that. So we do have ideas to bring some kind of revenue into it and hopefully sooner than later. And we spend a lot of time testing the site before we even went to beta, so hopefully we can skim through that relatively quickly and develop the special sections that most people are willing to support the project a little bit. So yeah there is eventually there will be revenue coming in, it just needs to be… We can’t do it without money otherwise.

SN: Is this a full time startup, if not, how do you juggle a job and a startup?

TJ: It’s a nightmare. It has been especially in the last month it has almost been full-time. As we got closer and closer I originally wanted to release it kind of on my 30th birthday which was earlier this month, that didn’t happen. So it kind of annoyed me a little bit, so I kind of went full tilt at it and it’s up now. So at the moment it’s fairly full-time and that is one of the reasons we need to look at getting a revenue model set up eventually sooner than later I think. So we can keep it running but we still do all the work outside.

SN: Whats the next step for you and this startup?

TJ: So the next step will be I suppose launching the community aspect of it, the community side of things, and then launching into our kind of revenue side features that we have been building and we haven’t done too much on them they’re just kind of etched out sort of but now we’re going to go in there clean it up and get it running, test it a bit more. So that is kind of the main next step, oh and getting a lot more people to use it.

SN: Do you have a marketing plan?

TJ: At the moment we are just going, we would like to get the Perth people behind us and you know I have quite a few photography friends and things around the world that I am inviting as we go along and to get into it. So I’m hoping it will just kind of spiral kind of a word-of-mouth type of thing which is always the best. And hopefully with the Perth people as they get behind it, the Perth photography community is pretty strong so if they all get behind it, it will help a lot.

SN: What are you most excited about at the moment?

TJ: Finally getting it up. It has been terrific you know it has been one of those things that you know especially in the last two weeks where it is so close yet it is still so far, such an effort just to get the final things done. So right now I am extremely excited about getting it up there and out there and having it running and people getting on it and using it. So every time someone posts a new photo it is quite exciting. At that stage I am just in the glows and happiness of having people use it.

SN: Are you worried about competitors?

TJ: Competitors? I don’t really know I mean… because we’re doing more of a curator thing than a popularity thing. We kind of skimmed through under the competitors a little bit and obviously the major ones that every kind of social network if you can call it that is, Facebook, Google plus things like that everyone is on them, so getting people to think about posting outside of them can sometimes be a bit difficult you know especially everyone is on Facebook so what can you do? Hopefully it is unique enough and fun enough that people try something different and we don’t compress the crap out of our photos so they still look good.

SN: Freeform, do you have anything else you want to say, about your startup, Perth startup ecosystem, or anything?

TJ: What I have found and I kind of stayed away from looking into the whole startup thing too much, but what I found especially in the last few weeks, when I’ve been looking, I think the Australian startup scene, there are quite a few good startups out there, there’s quite a few people doing things yet there is not the culture of really nurturing them too much and we were talking about this before. I am not sure why only once they get to a certain stage that the Australian culture gets behind it and say this is terrific, but when you’re starting out they don’t seem to get involved as much as they do say in the US or the UK where there are really kind of pushing and helping startups as much as possible. And that’s what I have found I am sure there are people out there that do that, you know I’ve just done a few quick searches here and there and haven’t found anything. Plus sites like yours is kind of cool, is going to be helping, especially the Perth area and you know in getting the name out there a little bit, so good on ya (Startup News).

Visit fotoleaf.co to check it out.