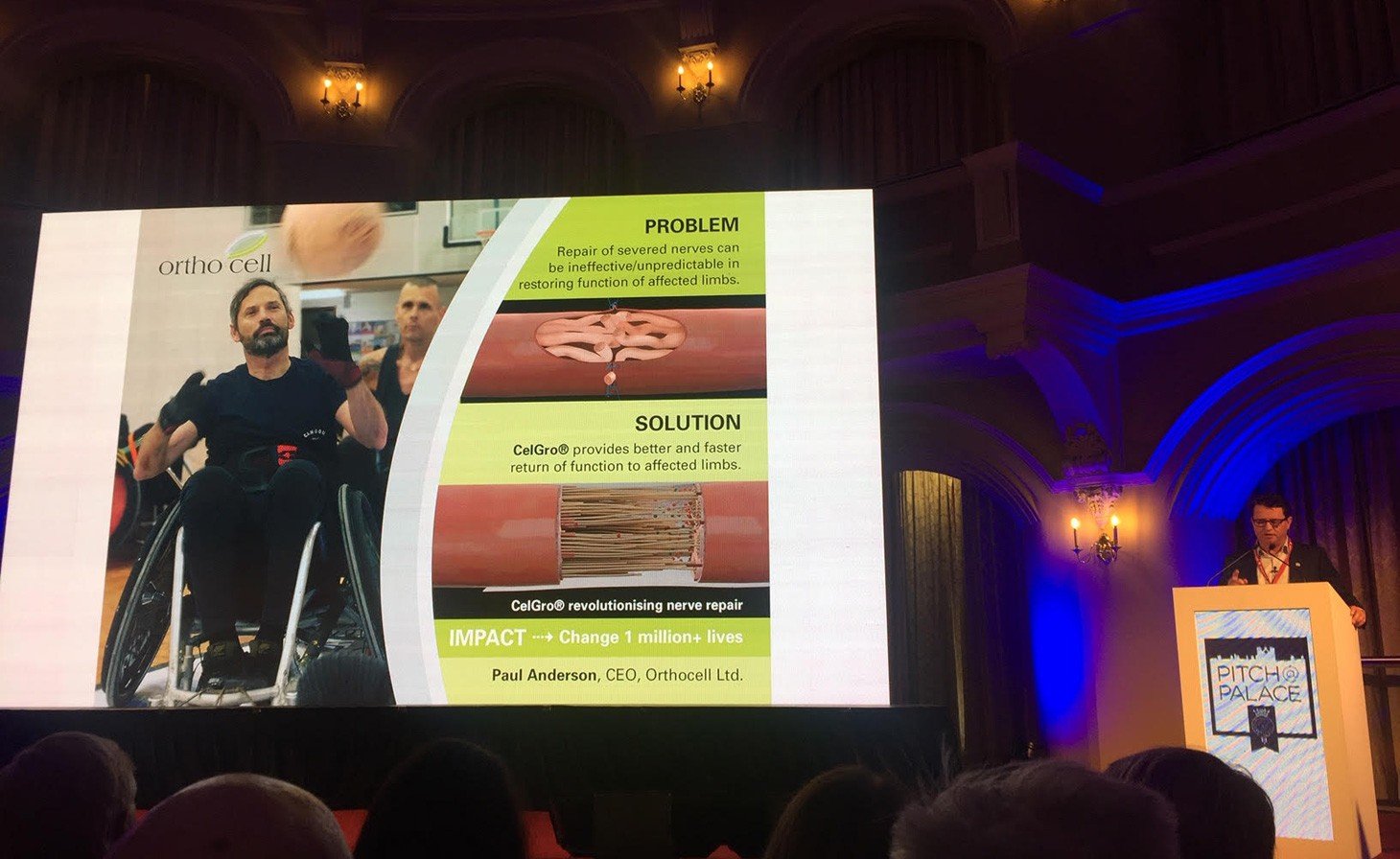 // Murdoch-based medtech ASX listed company Orthocell made it through a crowded field to jointly win the Australian finals of Pitch@Palace Australia 3.0…

Three startups/innovative companies won through this afternoon’s Australia final of HRH The Duke of York’s Pitch@Palace competition, and will compete with other nations’ winners at St James Palace, London in December.

Those three are: Orthocell, for its development of the regenerative Celgro product, as well as Sydneysiders’ Solidier.ly and Xceptional.

42 Aussie startups had beaten off State challengers to win the right to compete at the Australia final today. They each had either 30 seconds or 3 minutes – as determined by Wednesday’s dress rehearsal held at Murdoch University – to pitch their tech and make their ask as they strode across the stage at the plush Government House ballroom.

With no less than 11 of these coming from Western Australia, local startups were well represented.

In a final audience vote via the Pitch@Palace app, two of the top three teams could not be split (the original idea was for 2 Aussie winners) so three were sent through.

WA-based Orthocell followed on from last year’s local favourite and fellow medtech company OncoRes, who went on to the win the global competition. Orthocell have been developing regenerative medicine products including CelGro, which has shown success in tissue repair.

It has treated more than 1,000 people with chronic tendon and cartilage injuries and has entered a partnership with DePuy Synthes, a Johnson & Johnson company.

CEO Paul Anderson gave the pitch and spoke about some of the patients who have been helped with CelGro.

Former army combat engineer Chris Edwards told his story of near suicide after suffering difficulties in adjusting to post-army life. He has since raised $500,000 and developed a wearable tech that alerts friends and family when their friend or loved one is distressed. A text from a mate at a crucial moment had saved his own life a few years earlier.

Mike Tozer from Xceptional told the story of his sister who was sacked from 7 jobs because she misunderstood orders she’d been given in her various jobs. She has autism. Xceptional had won a $1M impact grant from Google to develop recruitment technology to place disabled people in suitable and meaningful work.

Some of the other WA finalist companies that pitched were …