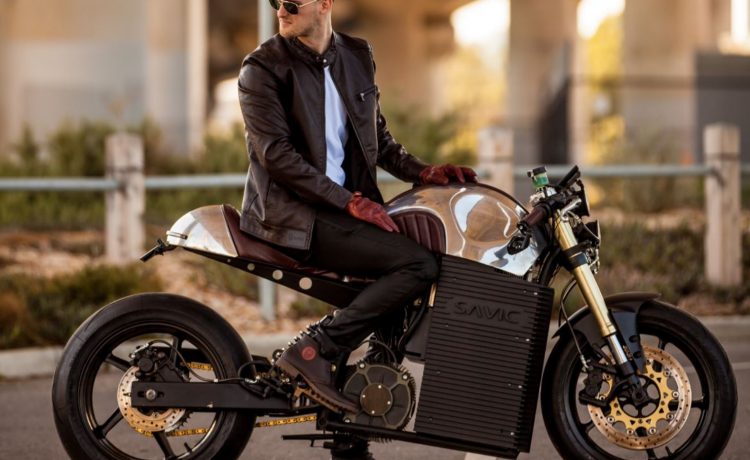 // Startup News called on Dennis Savic in 2014 during Curtin Ignition. What’s the e-motorbike entrepreneur been up to since?

Over the past five years Dennis Savic has been working in oil and gas (three years) and the automotive industries (for two), but has since created Savic Motorcycles, a “Tesla on two wheels”.

The electric bike company has been receiving great support from its first investors and advisors.

Later this year they expect to open up 50 orders to the public for its first production run, alongside the company’s first serious round of capital raising.

Electric cars and bikes are making real waves around the globe, with the entrance of ever more affordable models. An electric motorcycle could well be the next milestone in the era of electric vehicles, not least a quieter one.

Although Savic Motorcycles is not the first electric motorcycle to hit markets, it is one with a head turning design, and a respectable 250km range (Alpha Spec) that compares with affordable electric car options already on the market.

The Savic e-motorbike has more than enough range for a leisurely ride down to Busselton with juice to spare.

Moving to the East Coast

Dennis’ journey began in Perth, a city not touted for its automotive history, but his vision for a scalable electric motorcycle platform was clear.

After experiencing what Dennis says were “similar pain points” to other startups, and a hesitant industry in Perth, Dennis went from a day job in the oil and gas industry to one in the automotive industry in Melbourne.

He found the city of trams was more supportive of startup and automotive cultures. The larger motorcycle market and history in Victoria lent itself more to what he wanted to accomplish.

2019 promises to be a huge year for the fledgling company. We will keep an eye on how Savic progresses.

Here are Dennis’ top tips for aspiring startups in WA:

View all posts by Henry Thai →
Henry currently serves as the Chairperson for the Royal Aeronautical Society (Perth Branch) and studies engineering at Curtin University. He has a diverse set of interests involved with the space industry through Curtin's SSTC, and was previously a journalist and news presenter for 107.3fm and The Wire National Current Affairs on Radio.
https://thehenrytfiles.wordpress.com/