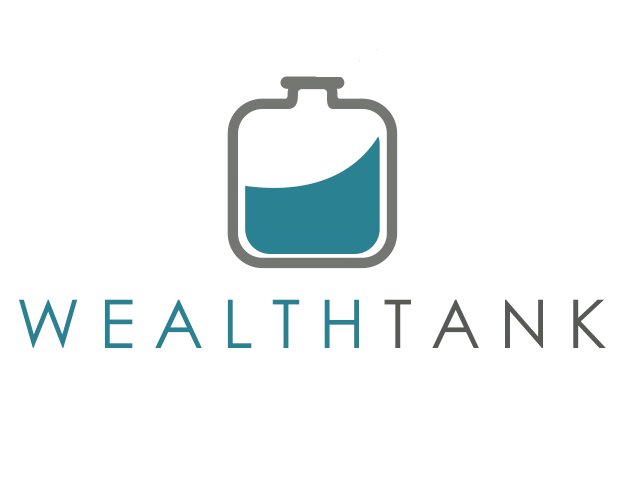 I was honoured to be a mentor for the Founders Institute Perth Autumn 2015 program. There were so many great founders, and I imagine the dozen who graduated on Monday night will all be seen within \\SN in the coming months. One of the two founders who walked away at this weeks graduation night with $10,000 to help get their startup going, was Stephanie Gillon of WealthTank. I had a quick chat with Steph to find out more about her startup, WealthTank which is currently pre-launch.

//SN: Tell us a little about Steph. How did you end up becoming a startup founder?

So I’m 28 years old born in U.K but grew up here in Perth in the northern Suburbs and went to school at St Stephens. I kind of stumbled my way into financial services at 20 years old – I as studying Psychology at Uni and hated it (traditional education and I never saw eye to eye). Mum landed me a job at the wealth management company she worked at. Soon enough I was studying to become a financial adviser – I left that company with a husband and a new career path so it was a fruitful 12-month stint. After a few roles I ended up as a Financial Adviser with Westpac. They were really good to me and poured a lot into my development but I became increasingly uncomfortable with the way that the advice industry operated… I struggled with the conflict that came with being in a vertically integrated organization (we give financial advice but we also produced and distributed financial products) but primarily was frustrated at the sheer number of customers that I couldn’t help.  I didn’t want to continue to be a part of the problem so decided I would have a crack at creating a solution.

Initially my solution was to start a little financial planning firm down in Subi that just did things differently and then I started to realize that’s probably not going to work and I had to start thinking bigger. A friend of mine Jase told me I should chat to one of his mates, he wasn’t really sure what he did for a job but just that he had a “good business brain” – so I was like sure why not. That ‘business brain’ guy turned out to be Derek Gerrard  (Go Capital/Innovation Bay). I sat in his office in Feb this year not knowing anything about what he did and told him a bit about what I was thinking and he proceeded to educate me on Startups, the ecosystem in Perth, incubators, lean methodology and the like.

It was eye opening – I knew of none of it before that meeting ….one of the things he put me onto, as a possible starting point was Founder Institute. I applied, got accepted, and Go Capital ended up giving me a fellowship for the program. I quit my job in August and jumped in, 3 ½ months later and It’s been a blast. I have been privileged to have Andrew Hall as my key mentor and support over that period- he removed a lot of my hot air pretty quickly, challenged me continuously but also always encouraged me to keep going. I have never learnt so much in such a short period of time.

//SN: What was the inspiration behind WealthTank?

WealthTank want to help working 25-39 year olds have greater control and confidence with their finances by providing them with affordable, unbiased and attractive financial advice online. No Suits, No Jargon, No Judgement.

In my time at the bank week in week out I would turn away endless amounts of customers, particularly the younger ones, who absolutely wanted help with there finances and wanted some basic financial advice and were even willing to pay for it but they were not viable enough for us to work with because they either couldn’t pay the minimums $1500-$3000 fee or didn’t require the financial products we would sell.

You see the banks do have very good financial advisers in them but the customers that most benefit from there service as it currently operates are those over the age of 45 with a bit more wealth and who are going to get value for that sort of fee because of there lifestage. It means my mates can’t get affordable financial advice and yet they want it. So I saw an opportunity to use tech to create a way to make affordable independent advice accessible to that group of customers.

//SN: So WealthTank is currently not launched yet, right? When do you expect that to happen?

Currently our MVP is being built and I hope to launch Dec-Jan pending licensing. We are launching with three offerings, which will be free, intended to attain users/subscribers and take them on that first step in their financial planning journey. From here we hope to progress them through to our more comprehensive perosnalised advice offering. Those three things are:

//SN: Who is your perfect customer, and what problem or challenge does WealthTank solve for them?

I met my perfect customer last night – this guy was 28 years old he has a mortgage on an investment property he has a solid job earning a decent salary and he went to the bank a few weeks back to try and get some financial advice. He had the usual questions – How do I budget well, should I sell my property, I have some surplus money do I pay off my mortgage, or invest it and if so what in? Do I actually need insurance? If so how much? I would like to own a home outright in ten years how do I get there etc etc.

He said that experience of going to see the adviser was horrible -he hated having to go to the bank in work hours, he didn’t really understand the language that the guy in the suit was speaking but he was too embarrassed to let on and he got the feeling this adviser didn’t really want to deal with him because he didn’t have a stack of money or super. None of his questions were answered and he still is looking for a way to get the help he is after. WealthTank want to be able to provide these customers with that advice online, on their time and in their home in a language they can understand for a fraction of the cost.

//SN: What are you most focused on at the moment: the right market, the right product, or the right team?

Definitely the right team and a little bit of the right product:

Re Team –I hate doing this alone and that was never the intention. I would love to be one of three. So far it’s just me with some stellar advisers, I have a friend doing some dev work on the mvp. Once we have run some tests with that release I will be in a better position to really pursue some of the early stage conversations I have had with potential Tech co-founders.  I have approached someone to come on board as COO/CFO but only when the time is right and we have tested some of the riskiest assumptions with this mvp (don’t want him quitting his job just yet). He is engaged in an advisory capacity at present and has been from the get go so it will be great to be in a position hopefully soon to work on this together full time.

Re product really keen to get this mvp launched to work out what lever actually engages customers on that first step of their financial planning journey. Then we will flesh that out.

Big picture there are some great cloud-based software solutions out there presently which are used by advisers and existing incumbents for financial advice production, its about exploring those further and there integration with our offering as well as other technology like IBM’s Watson and Tensorflow – that stuff and it’s potential in financial services is exciting.

//SN: How do you plan to get your first customers?

The easiest response is digital marketing. I think PR will be crucial too – a lot of this stuff is really on point in the media at present particularly around the issues in the advice industry as well as an increased focus on credit card debt. We want to get our message out there around how we think WealthTank can genuinely help people and meet their needs as well as address these industry issues.

We have also started to engage in conversations with potential b2b partners where some clear synergies align between us. Particularly in the lending space, but also with companies looking to be able to offer their staff an employee benefit that focuses on improving their employee’s financial wellbeing – especially those companies with grad programs and young people starting out in their careers which is perfect for our market. So hopefully those conversations are fruitful.

//SN: If there’s one tip that you would suggest to someone with an early stage startup idea, what would it be?

Get mentors, listen to them and be teachable – Listen to the right people of course, particularly those who have done this before. I have mentioned meeting Derek and after we met his suggestions for what I needed to do next didn’t really align with how I thought it would play out in my head. I (shamefully) thought I had this great idea and I just need to get some people to back me (give me money) to build it and deliver it.

Not surprisingly Derek didn’t affirm that at all haha he just gave me a list of things to check out, some stuff to read and different groups and things to engage in like Pollenizer, Spacecubed, Innovation Bay and FI etc and said let’s start here and see what happens.

At the time I thought that advice was all a little underwhelming and much lower key than I anticipated so I could have just blown it off then and there but I chose to believe that this guy knows better than me and went about checking it all out and doing what he said. I soon realised that my original presumptions and hot air were way off the mark. I was humbled pretty quickly.…week 2 of FI.

So get good mentors, get real with yourself have some honest internal conversations join a program Like FI and listen and learn – none of these people or these programs are perfect but you will be far worse off if you put on the blinkers and go it alone.

//SN: Thank you so much for your time, Steph, and all the best with WealthTank – we look forward to seeing the launch happen next year!