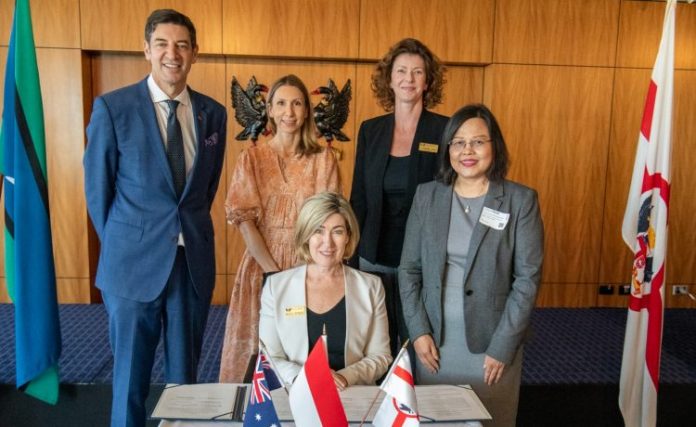 // 3 years in the making, the Cities of Perth and Denpasar have agreed to collaborate for the mutual benefit of digital and creative industries…

At a Council House ceremony earlier this week attended by many luminaries of WA’s startup scene and other business people, a Memorandum of Understanding was signed by the two cities – Perth and Denpasar, Bali.

The MOU looks to connect the two cities in a collaboration that mutually benefits each other’s “creative and digital economies.”

The main elements of the MOU are:

A working group will now look to flesh out the details, and work out a program of initiatives.

The Indonesian economy is A$1.7T. Its GDP/capital has grown 70% over the past two decades. By way of comparison, the Australian economy is around A$1T, and has grown around the same amount over the same period (+62%).

This type of co-operation is the first of its kind for the City of Perth. Although sister relationships have been in place with various other cities since 1974, the MOU is an industry-specific engagement and falls outside the current 11 sister cities.

Due to Covd-19 travel restrictions, the Mayor of Denpasar, Ida Bagus Rai Mantra could not be in attendance, but delivered a speech on video. A similar ceremony was held in Denpasar CIty on the same day as the one in Perth.