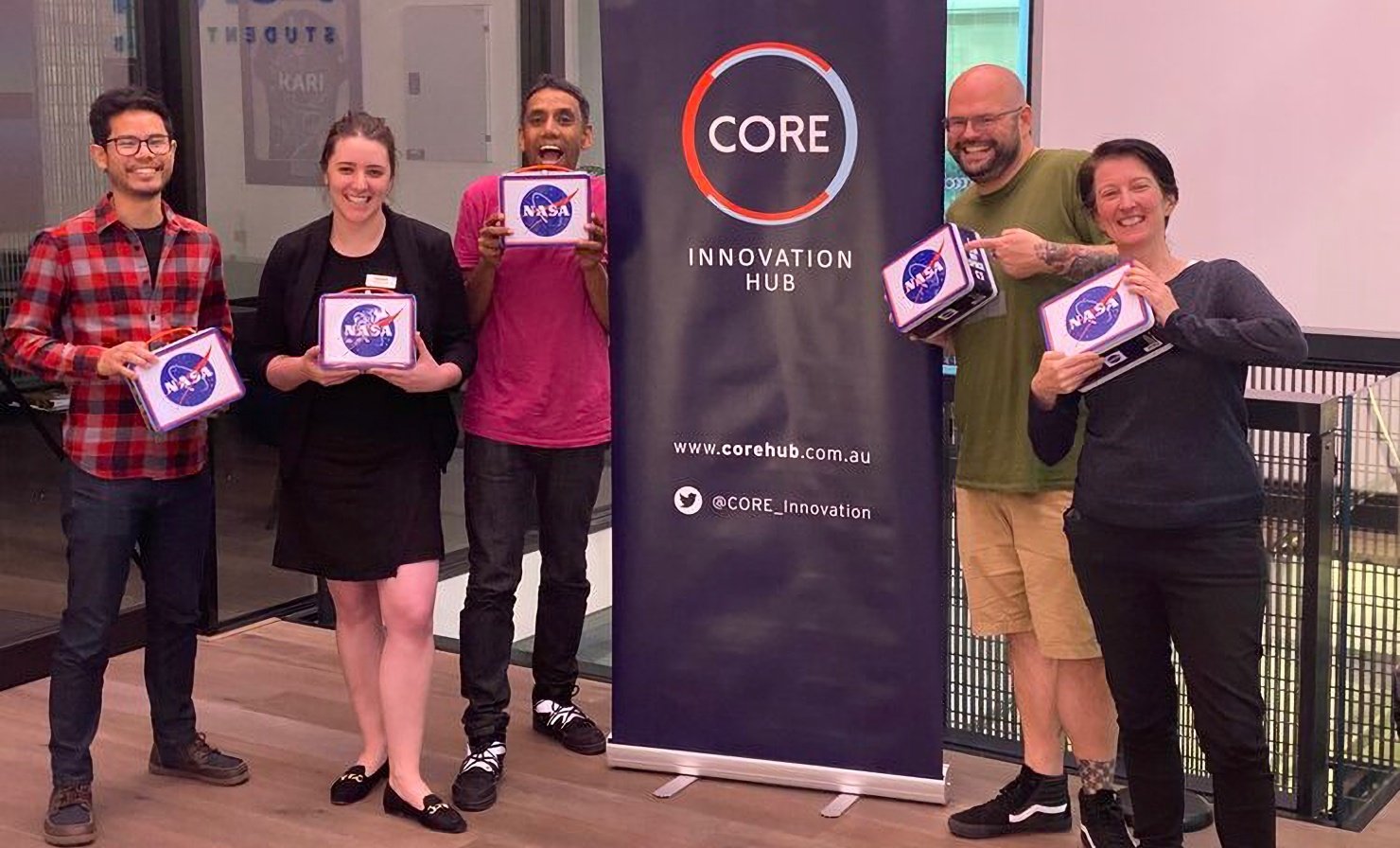 // Perth is never short of exceptional talent and for the 4th year in a row, a local team has made the global finals …

Each year the International NASA Space Apps Challenge takes place in the second half of the year.

The CORE Innovation hub along with Space Hub Perth hosted this year’s hackathon on the 3-4 October.

Like so many events this year it went virtual, with teams fighting it out to tackle the challenges of space science and exploration.

With over 2300 projects resulting from the Space Apps challenge, two of Perth’s own teams made their mark.

It’s not the first time the Scitech team has reached these heights, last year we had one of six global honourable mentions.

Without day and night, or the ability to bask in our great Perth sunshine, astronauts need a way to help them schedule sleep, exercise, and nutrition to manage fatigue.

“We came, we saw, we ate burritos, and we solved – we love space apps!”

Loud & Clear took on the challenge of remote communications.

The project was an interactive game that explored the challenge of communicating with astronauts on Mars from Earth, including those pesky time delays.

For one thing, it takes between 4 to 24 minutes for a radio signal to go from Earth to Mars?

Perth, a space to flourish

With a small but growing community, Perth is shaping up to be a genuine contender in space technology.

“We are thrilled that Perth teams consistently bring enthusiasm to participate and are recognised for their outstanding capability in solving challenges on a global stage.”

The state is also home to Curtin University’s Space Science and Technology Centre, which created world leading projects such as the Desert Fireball Network, Fire Opal, and Binar CubeSats.

One of this year’s judges for the Space Apps event, Joshua Letcher, founder and CEO of Space Industries, was a finalist for the inaugural Australian Space Awards 2020.

Disclosure: Startup News is a sponsor of NASA Space Apps