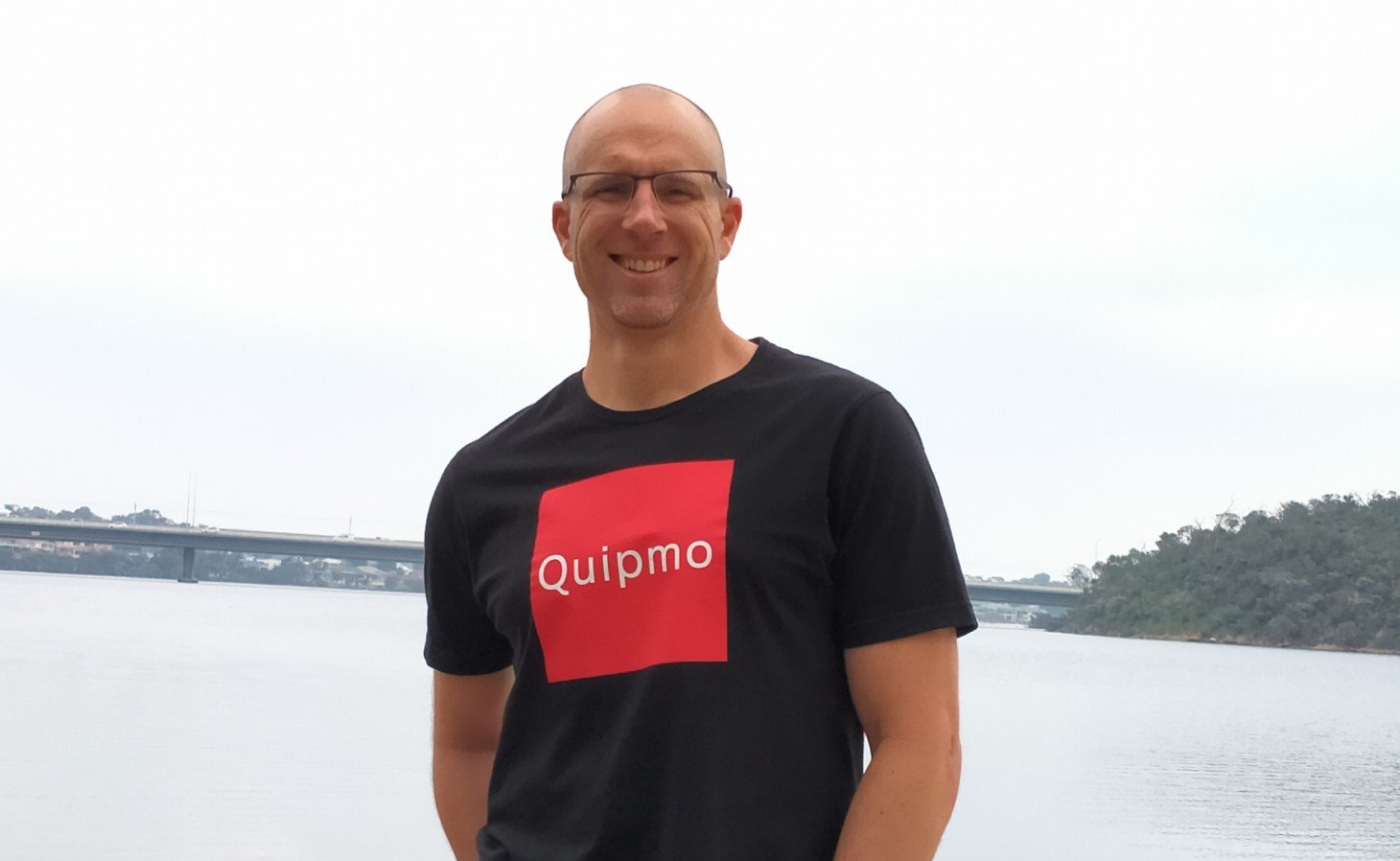 To borrow a phrase, good things come to those who persist. And, in my humble experience, to good founders.

Many will remember Chris Evans eloquently pitching Quipmo to 2019’s Pitch@Palace event held in Perth, and his top 3 pitch at Curtin Ignition earlier the same year.

He’d started the business way back in 2015/16, launched the site in 2017, and up to this his first round of funding, he had bootstrapped the business on his own.

His patience and persistence – through a global pandemic no less – has now paid off as he recently closed a $500K pre-seed round with local investment firm Eastcourt, who he met through a contact at WA Leaders.

“John Groppoli mentors on WA Leaders, and then he introduced me to Tom Oosterhof, CEO of Eastcourt.”

The funding is a significant step forward for Quipmo, which already displays gear listed in 21 countries, and will use the money to build up the team in WA and Queensland.

‘Equipment for the moment’

Originally from Perth, Chris has lived and worked all over Australia and other countries, mainly in corporate finance and strategy roles. In his spare time, he’s always been a keen surfer.

While studying a full time MBA over east in 2015-17, Chris became interested in co-creation business models.

“I realised the challenge and frustration of finding quality adventure gear when you are travelling and the cost of transporting that gear from home when you head to remote locations was a reoccurring theme,” he said.

“The problem to solve was how to make accessing quality gear for adventurers more efficient, affordable, and readily available.”

The answer was ‘equipment for the moment’ or Quipmo – an online marketplace that puts adventure seekers in touch with local hire businesses and locals who not only share their passion but have quality equipment they are willing to rent out.

“The concept not only allows adventure travellers to do what they love more often but helps existing hire businesses increase the number of rentals they make and gives likeminded locals the opportunity to make a few bucks off their gear when they are not using it,” said Chris.

While the global pandemic put paid to the travelling peer-to-peer market in 2020, his platform was a boon for equipment hire shops.

The business has already forged 12 major strategic partnerships that include world sporting tours and international, national, and state sporting bodies across both able-bodied and adaptive sport.

Quipmo was awarded Austrade’s Going Global Award in 2019 and was selected by the WA Department of Jobs, Tourism, Science, and Innovation (JTSI) to represent the State via a virtual trade mission at this year’s London Tech Week.

“We are already seeing record levels of intrastate travel in WA, and once domestic borders open, we believe people’s desire to travel and to experience adventure again will surge,” he said.

“We are truly grateful for the confidence, belief and conviction that Eastcourt has shown in Quipmo and, more broadly, in the future of the tourism and travel sector.”

Following the capital investment, Eastcourt CEO, Tom Oosterhof has been appointed as Quipmo’s inaugural Chair and will be joined on the Board by Eastcourt Advisory Board member, John Groppoli.

Tom Oosterhof said Eastcourt believes Chris Evans has both the entrepreneurial mindset needed to rapidly scale-up the business and the financial and strategic acumen to successfully lead Quipmo’s global development.

“We are thrilled to be supporting Chris and Quipmo in this pivotal time for the startup,” he said.

Both Curtin University and JTSI (through the New Industries Fund) are sponsors of Startup News; and the author is a mentor on Curtin Ignition and is on the advisory board of WA Leaders.