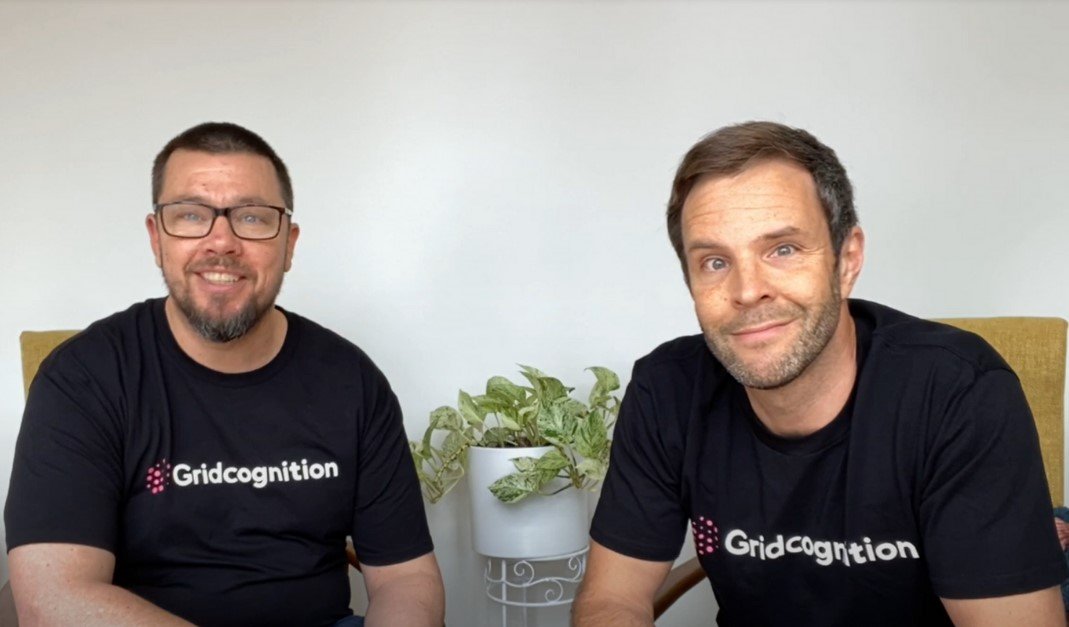 // Over the past three months, Startmate has been working with its first fully remote cohort of companies across Australia and New Zealand, including 2 from WA…

Amidst lockdowns, border closures and ongoing uncertainty across our country and beyond, sixteen startup teams will pitch their hearts out today, at Startmate’s demo day.

Two of them – Gridcognition and Cass Materials – are from WA.

Gridcognition has been co-founded by Fabian Le Gay Brereton and Peter Tickler (see main picture) who are back in startupland after selling their first energy software startup, Greensense, to ERM Power in 2016.

ERM Power is Australia’s largest business-only energy provider, and last year it was acquired by oil and gas giant. Shell.

“In the world of energy, these shifting deck chairs are just one sign of the big changes occurring globally as the energy system transitions to being fully digitised, decarbonized and decentralised,” Fabian told Startup News.

Western Australia and South Australia are the global epicentre of the shift towards decentralised energy systems, which makes WA a perfect homebase for Gridcognition, he said.

Gridcognition is a digital twin for planning and optimising microgrids, virtual power plants, community batteries, and behind-the-meter renewable power systems, and the software is already being used by some of WA’s largest energy businesses.

“BNC fibres have similar physical dimensions to collagen fibres and many animal cells (skin, eardrum, liver cells etc) adhere, proliferate and differentiate on a BNC scaffold. As BNC is a dietary fibre (also known as nata de coco), it is the perfect match to create cultivated meat.”

We wish both WA startups successful pitches, and all the best in their startup journey.

The dozen Aussie startups pitching on Thursday, having completed the Startmate accelerator, are:

Startmate is Australia’s premier startup accelerator. They have invested in 130+ startups over ten years with a collective portfolio value of $1B+.

The recent MELNZ20 program was remote-only due to Covid. The Startmate demo day is on today reimagined as a virtual experience.