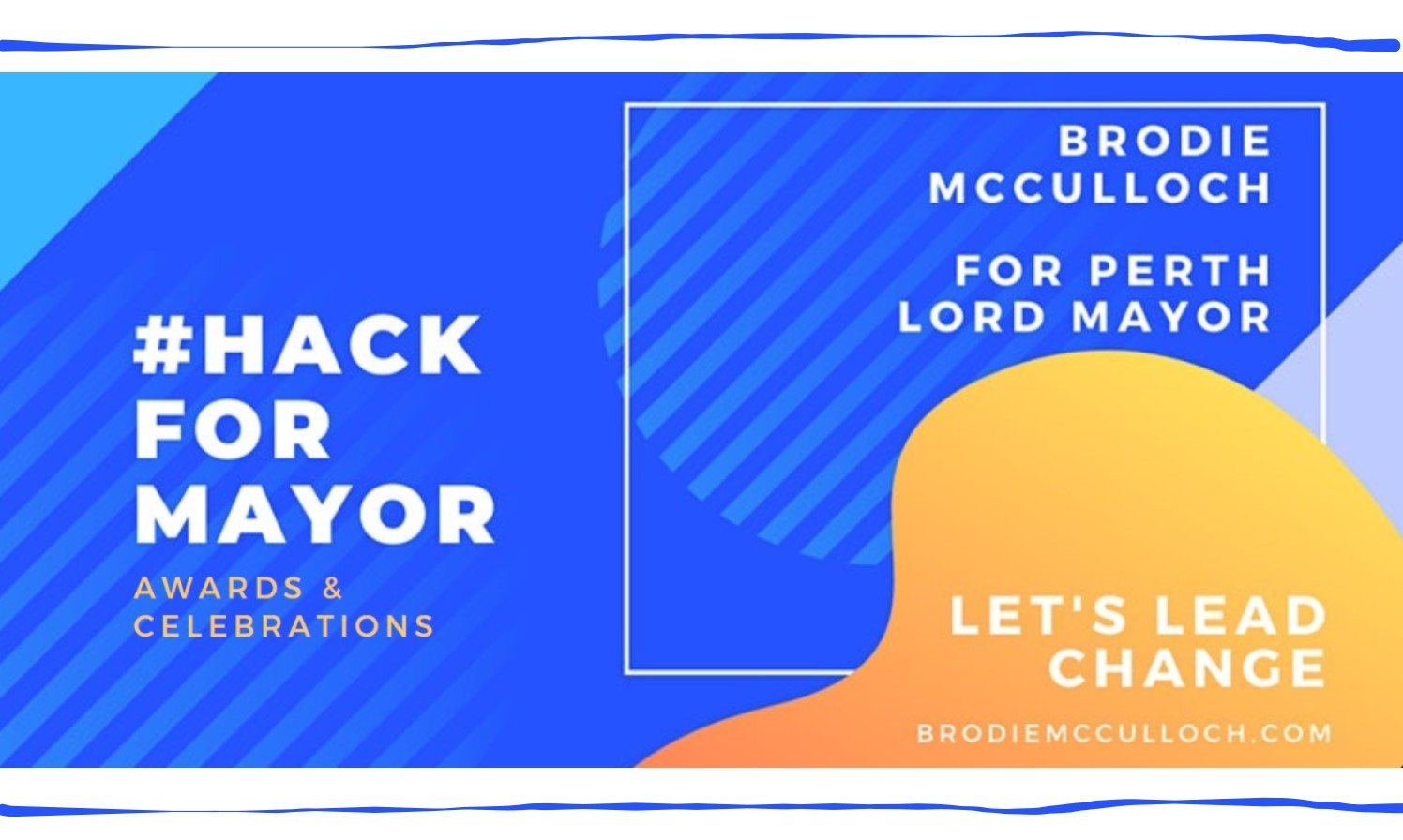 // There are now 6 candidates for Lord Mayor. Only one has been working hard for startups for 8 years. If you want to help the local innovation ecosystem, you will get behind Brodie’s campaign…

It’s a crowded field for the upcoming Lord Mayor of Perth elections.

If you live in the city or even have an office/co-working desk that leases or rents space in Perth city for the last three months or more, then you too could have a vote and help decide who becomes next Lord Mayor.

Registrations for voters will close on August 28th.

So let’s get behind Brodie and show him how much we care and register our interest in him becoming Lord Mayor of Perth.

To help start the process or to get more information on Brodie’s campaign, use the below link and complete the form….

Some of you may have seen that some local startup founders have been posting videos on social media with the hash tag #brodiehelpedme.

This is their way of saying thank you to a person that has helped so many businesses and opportunities succeed.

If you want to join the movement and help make this go viral, then hop along to Brodie’s Facebook page and post a video or write a message saying how Brodie helped you, and don’t forget to include the hashtags #brodiehelpedme #brodieformayor and #letsleadchange

And if you’re in the mood, post it to the other social networks including the hashtags above and tagging Brodie.

If there’s ONE thing you do this year to help the local startup and innovation, it’s to get behind Brodie and help him become Mayor.

Last Saturday, 80+ supporters of Brodie for Mayor took part in a Hackathon to swap ideas on how to energise support for his campaign.

There will be a free public event next Thursday (20th) to look at the results of these efforts, and get updates on the next priorities.

Disclosure (but totally unrelated): Spacecubed is a sponsor of Startup News.