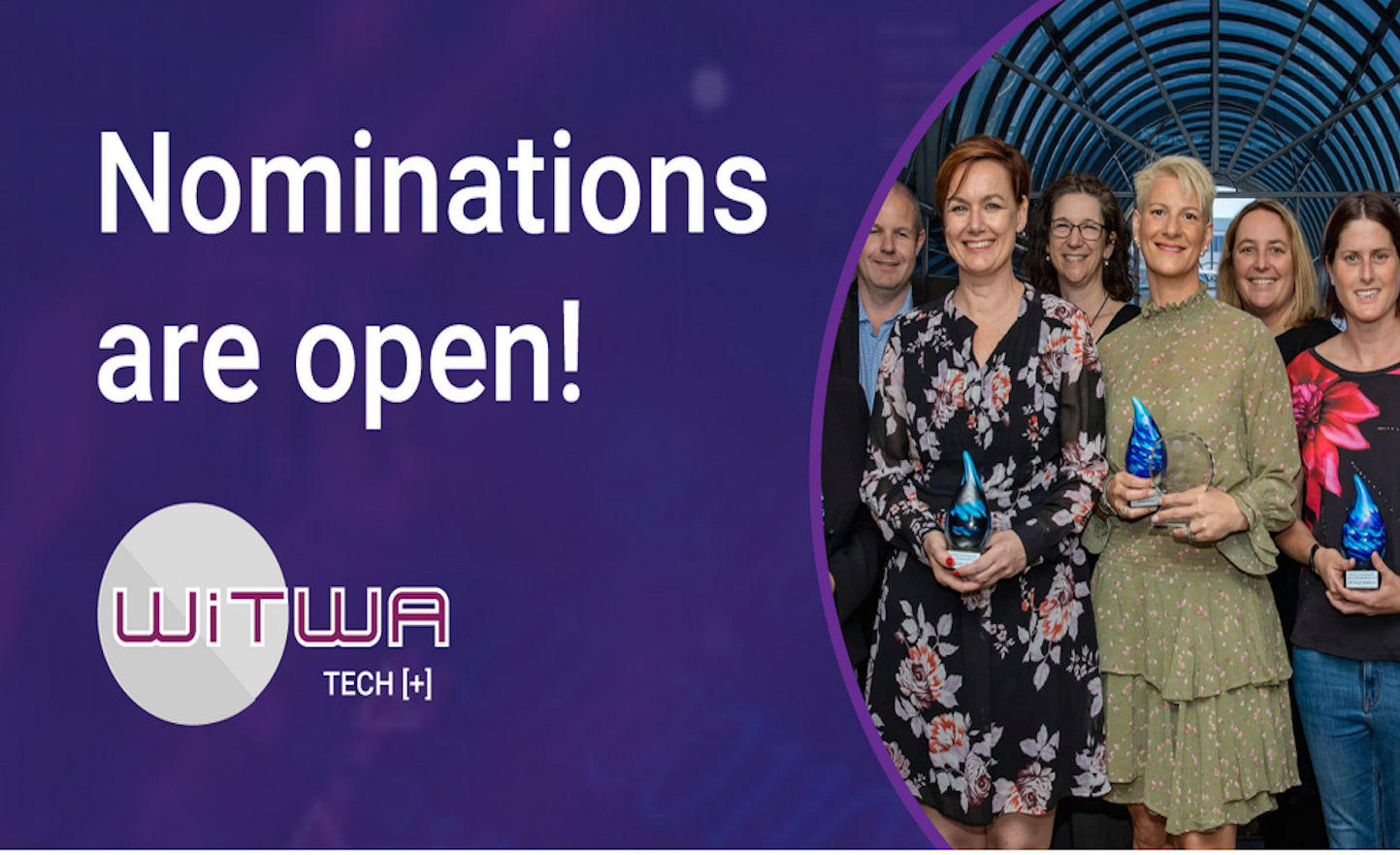 // Nominations for WiTWA Tech [+] 2020 Awards, showcasing the achievements of women in the local tech scene, are now open..

Founded in 1998, Women in Technology WA (WiTWA) is a Perth-based not for profit organisation that facilitates networking and knowledge sharing in the WA technology scene, promoting women in tech specifically.

Coupled with the #seeherbeher hashtag, they reached a staggering 110,000 people in a single day during their inaugural conference in 2019, which said a lot about brand WiTWA Tech [+] and the overall movement to encourage and celebrate women in tech in this state.

It was such a success, they have carried it on annually, and this year they have new categories, including:

During the nomination process, three questions will be asked regarding personal determination, technical strength and leadership. The judges will then subsequently score the answers.

To be eligible for the awards programs, nominees must:

Additional criteria for Youth Award: Those 25 years and younger (at 31 July 2020) are also eligible to enter the Youth Award.

This new award – sponsored by Valrose , a technology recruitment specialist – seeks to celebrate those who stand alongside women as allies in WiTWA quest for equality.

To be eligible you must:

The three questions for this award relate to showing leadership in terms of creating direct change for gender equality in tech, challenging the status quo to remove barriers and successfully mentoring women in the tech field.

The award winners will be announced on Friday 30 October 2020, on the last day of WiTWA [+] Conference which will be held between 26 and 30 October.

The Conference will be held virtually, allowing exposure to international participants, whilst the Awards night itself will be an in-person event.

Unsurprisingly, being a tech group, WiTWA has a few alternatives if large events aren’t allowed.