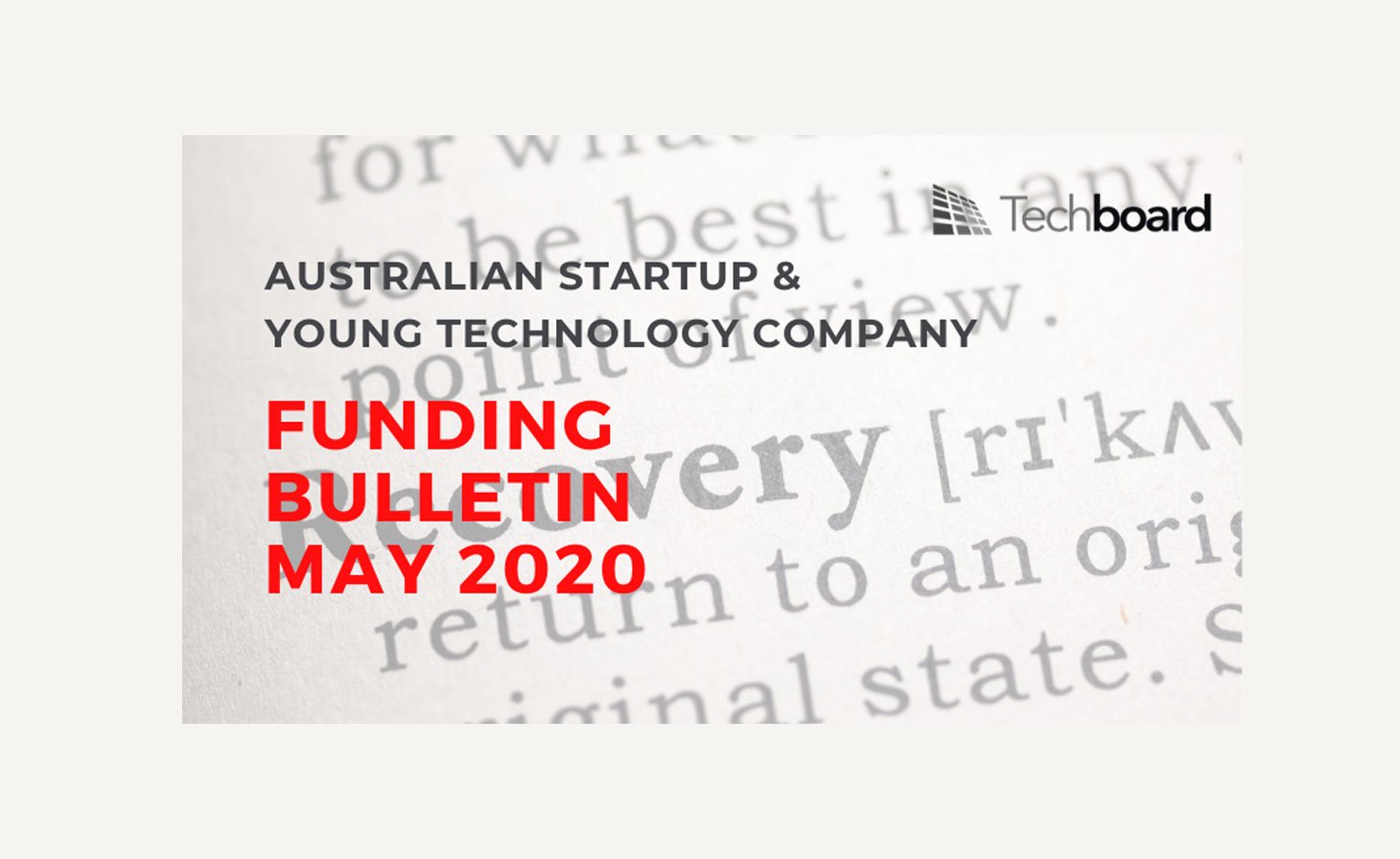 // COVID-19 halted funding in its tracks in March and April, but things improved a bit in May across the country… although WA remained quiet.

This is the second month that WA-based startup funding data business Techboard has issued a monthly bulletin of startup company funding across the country.

Until COVID-19 hit, the reports had been compiled quarterly (since 2017).

During the month of May, Techboard noted 82 startup and ‘young tech’ funding events, netting a reported $523M (including 29 funding events of unreported size) coming from 60 identified funders.

This overall funding level would have placed May 2020 slightly behind the monthly average of last financial year (2018/19) of $535m.

This amount of private funding was basically on par with last year’s monthly average, but down from the levels recorded in the previous three months (which averaged at $653m) and behind the trend that was emerging up until the end of the 2019 calendar year.

Digging into the numbers, improvements can be seen across all deal size ranges other than $20-$50m and $100m.

The improvement in investments from the first four quarters is welcome but it seems there’s been a general softening of the market recently, perhaps to be expected in the circumstances.

Many companies on the ASX took advantage of revised ASX rules to raise large rounds to boost their coffers for the anticipated tougher months ahead or to pursue new opportunities positively impacted by the COVID crisis.

This trend did not seem to impact the funding of junior (sub 10 year old) tech companies, with only one eligible IPO, for WA’s own Healthtech IOT startup InteliCare (ASX:ICR) which raised $5.5m for its independent living environment smart AI technology.

As usual, funding was as heavily biased towards the larger states of New South Wales (24%) and Victoria (52%) but Queensland companies took their largest percentage of funding for many periods receiving 18% of all funding on the back of the massive raise by EdTech GO1, vaccine maker Vaxxas, fintech funding.com.au and Oventus Medical being the major recipients.

In WA, only PictureWealth seemed to close a significant ($12M) raise, as reported by Startup News.