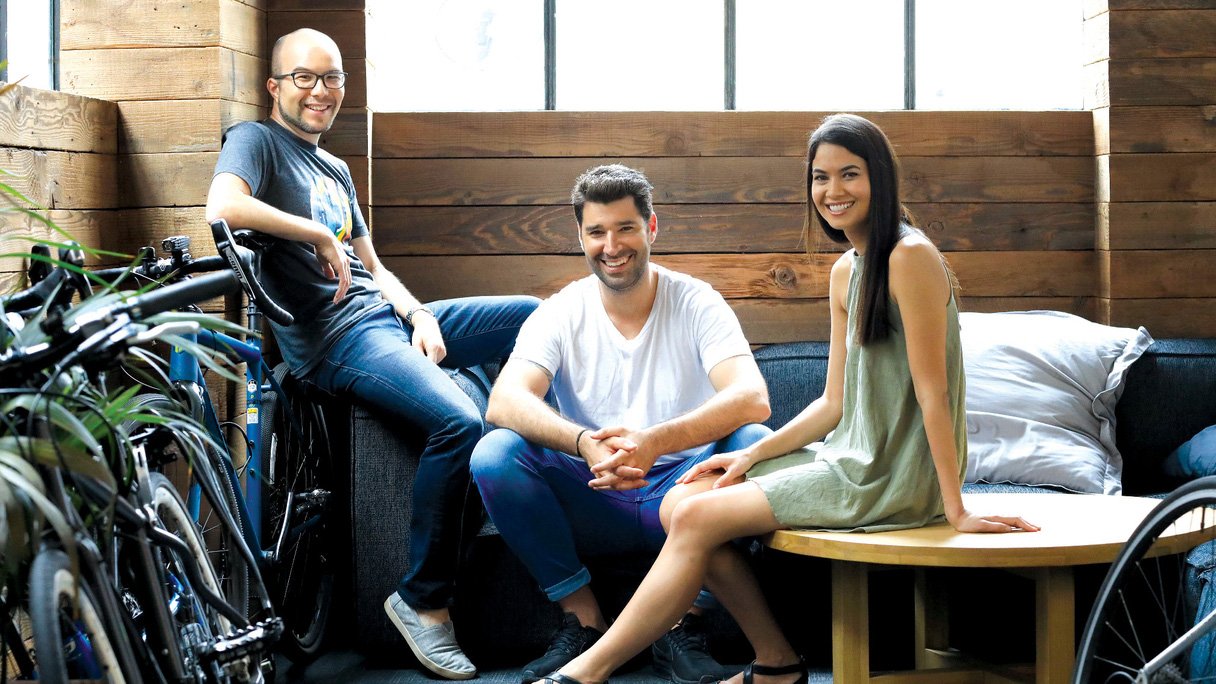 This values the business at US$6B (A$8.7B), almost double the last valuation set at its previous fund raising in October last year.

Not having to go outside its existing shareholder base shows the degree of confidence investors have in the business – and vice versa – and the fact that its new valuation is secured during a global pandemic adds to its eye-popping nature.

In interviews, COO Cliff Obrecht said they could have raised US$2B if they’d wanted to, but that that “would have been a really stupid thing to do.”

Canva reports that its services are used by more than 500,000 paying organisations plus a further 1.5M paying individual subscribers. More than 30 million people use Canva on a monthly basis. On a back of an envelope calculation therefore, the company seems to be converting free to paid users at a rate of around 6-7%.

Founded in 2012, Canva’s rise seems to have been perfectly timed with the parallel increase in everyday use of image-important platforms such as Instagram, allowing anyone to create beautiful cover graphics, slide decks or memes.

Covid-19 has not slowed things either; in fact, it’s had the opposite effect as more people were stuck at home, with time to play making their posts look fantastic. Design creation and sharing on the platform has risen more than 50% since the pandemic, the company has reported.

“We had no idea what storm was coming,” said Cliff.

After a temporary dip in sales, and with all its staff working remotely, things picked up and then charged forward.

Canva’s valuation is now close to that of Dropbox, with revenues in 2019 reportedly north of US$200M and set to double this year. It’s been estimated that Melanie and Cliff’s combined stake is now worth more than US$1.5B.

Cliff Obrecht will be holding a ‘fireside chat‘ with one of their earliest supporter-investors Bill Tai, on Friday 26th June, 8am WA time, as organised by West Tech Fest…

No doubt the always positive Cliff will be grinning from ear to ear, and with good reason…

Startup News is a media sponsor of West Tech Fest.