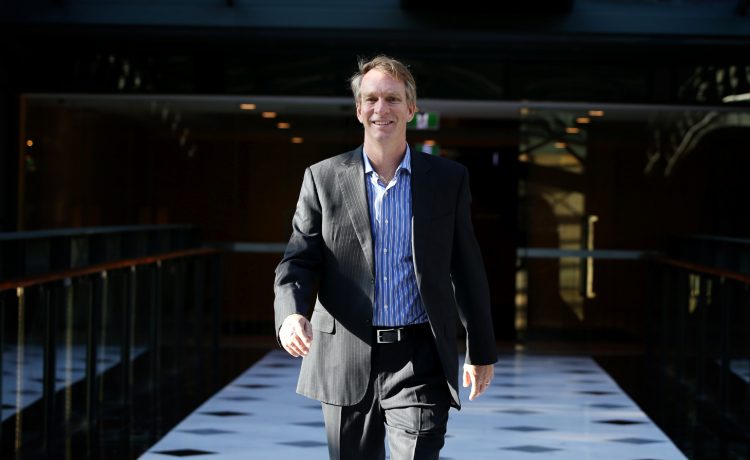 // Leederville-based Healthtech startup InteliCare has pulled off a successful listing on the ASX, with shares rising strongly over the next few days…

Listing on the stock market is a big enough step, so imagine doing this during a global pandemic.

Being a health tech during a health crisis may have helped InteliCare (ASX:ICR) shoot out of the starting blocks, as the company successfully raised $5.5M before seeing its share price rise by more than 50% on day one, then climb to 140% higher again within a few days. (Share Price 48c at time of writing; listing was at 20c on Monday.)

The company, founded by Greg Leach in 2016, has been developing smart AI to allow the elderly to live in their own homes longer, giving peace of mind to them and their families.

As the saying goes, ‘we ain’t getting any younger‘, and this market is a massive one to go after. Baby boomers (born just after the Second World War) are now retiring and looking to use technology to allow them to stay safely in their homes for longer.

Their children – caught in the ‘care sandwich’ of looking after their own kids and their ageing parents – want something that can give everyone peace of mind.

Several companies are looking at this space, but most of the current offerings look to alert people to what has happened – such as a fall – rather than prevent it.

Often the elderly do not want to be a pain, and fail to hit their pendants when they actually need help. Some lie there for hours before being discovered, even in care homes.

Intelicare looks to set up a home with smart sensors that can learn the normal behaviours of the occupants, without invading privacy, and alert someone as soon as something out of the ordinary has occurred.

In many ways, this technology is similar to that other recently ASX-listed WA tech firm, icetana, which uses AI to learn the normal behaviours in a video surveillance, and alert someone to something out of the ordinary it has just seen.

Heading up the Intelicare company is Jason Waller, formerly CEO of ASX listed company Spookfish, which had a successful $136M exit in late 2018.

Startup News readers will remember Jason, who spoke of his experiences at eGroup a year ago (see main picture above).

“Over the last six months, since I joined InteliCare, we’ve restructured the Board, completed two seed capital raises, increased our systems in the field by a factor of ten and launched a public listing in the face of the second worst global economic crisis the world has seen,” Jason told Startup News.

“And for most of that, we’ve done it from our dining rooms! But, on the flip side, we have very supportive founders, a superb team at InteliCare and really agile advisers with JP Equity, Discovery Capital and HWL Ebsworth.

“Plus, solving for a complex problem in aged care using leading edge AI technology is highly motivational. Everyone we speak to, brokers, customers, the general public, just ‘gets it’. It gives me a lot of confidence we will succeed.

“We’re thrilled by this week’s successful listing, but not surprised. We did the groundwork, had a great product with healthcare and technology aspects, and a great team to execute.

“At times it felt like we were in a cyclone, but it’s turned out to be a strong tailwind. The problems in aged care aren’t going away any time soon, this is just the tip of the iceberg. My focus is now on meeting our new shareholder’s expectations by delivering on sales growth and further product development.”

InteliCare’s business model is based on hardware products combined with an ongoing SaaS fee for the platform.

The products have already been rolled out successfully with Swan Care, the WA Department of Communities and Echo Community Services, and with money in the bank, Intelicare is looking to make the most of their B2B and B2C opportunities.

Last week, the company was also announced as a finalist in two categories in this year’s Lateral Incite Awards, social impact and smarter communities. Winners will be announced at an online ceremony in Fri July 24th.