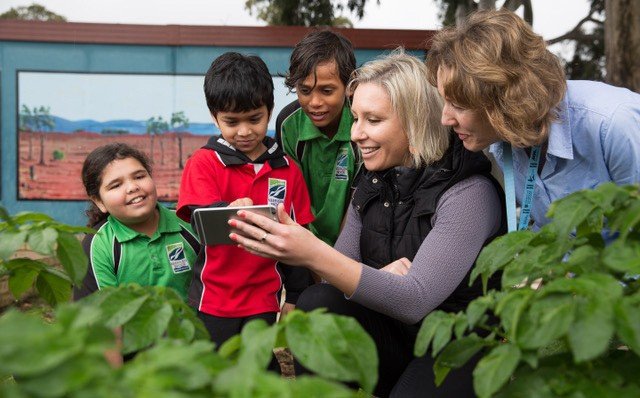 // Local edtech startup ClimateClever has launched a new partnership program for local governments this week to help them empower their communities to take action on climate change.

“There is definitely a rise in climate grief and eco-anxiety within our communities after the horrific bushfires and recent chaotic climate events” said founder of ClimateClever Dr Vanessa Rauland.

“Many people don’t believe enough action is being taken at the national level, which is leaving them feeling helpless”.

The ClimateClever team will be releasing a ‘Home’ version of their App in March 2020. It will sit alongside their award winning ClimateClever Schools app-based program.

“We want to encourage and empower individuals. We want them to know that they can make a difference!” urges Dr Rauland.

“Many decisions we make have an impact on the environment and on climate change. There’s a LOT we can do in our personal lives”.

With a growing number of local governments declaring a Climate Emergency, climate leadership is clearly now being driven at the local level.

“My PhD research highlighted the vast opportunity for carbon reduction and climate action at the local level” said Dr Rauland.

“We are excited to be able to support local communities with practical tips and advice on what they can do to reduce their carbon footprint and how to track their progress”.

Local Governments can sign up to ClimateClever for $850/year, which gives them access to their community’s de-identified data collected through the App. This can be used to meet their own climate KPI’s and targets.

Participating LGA’s will receive 10% discount on the Home and School app. A small business version is due to be released later in the year.

ClimateClever’s unique peer-learning platform enables users to add and provide feedback on their actions, which get shared with the community, providing data-driven, evidence-based ideas for actions.

The ClimateClever Initiative was developed based on years of research and pilots through Curtin University where Dr Rauland worked as a research fellow and lecturer for more than 10 years.

Alexander Karan joined ClimateClever as CTO in May last year, after the startup received seed investment in April.

Also, in May 2019, ClimateClever won a significant Lotterywest grant with a consortium of NFP social services organisations led by Rise Network.

The Lotterywest project is adapting the ClimateClever App to create a free home version (BillBuddy) for low income households and those in financial stress, who are linked to social service NFPs.

As part of a pre-launch promotion, any households can sign up for the new ‘ClimateClever Home App’ for 50% off ($15/year), until the official launch in March.