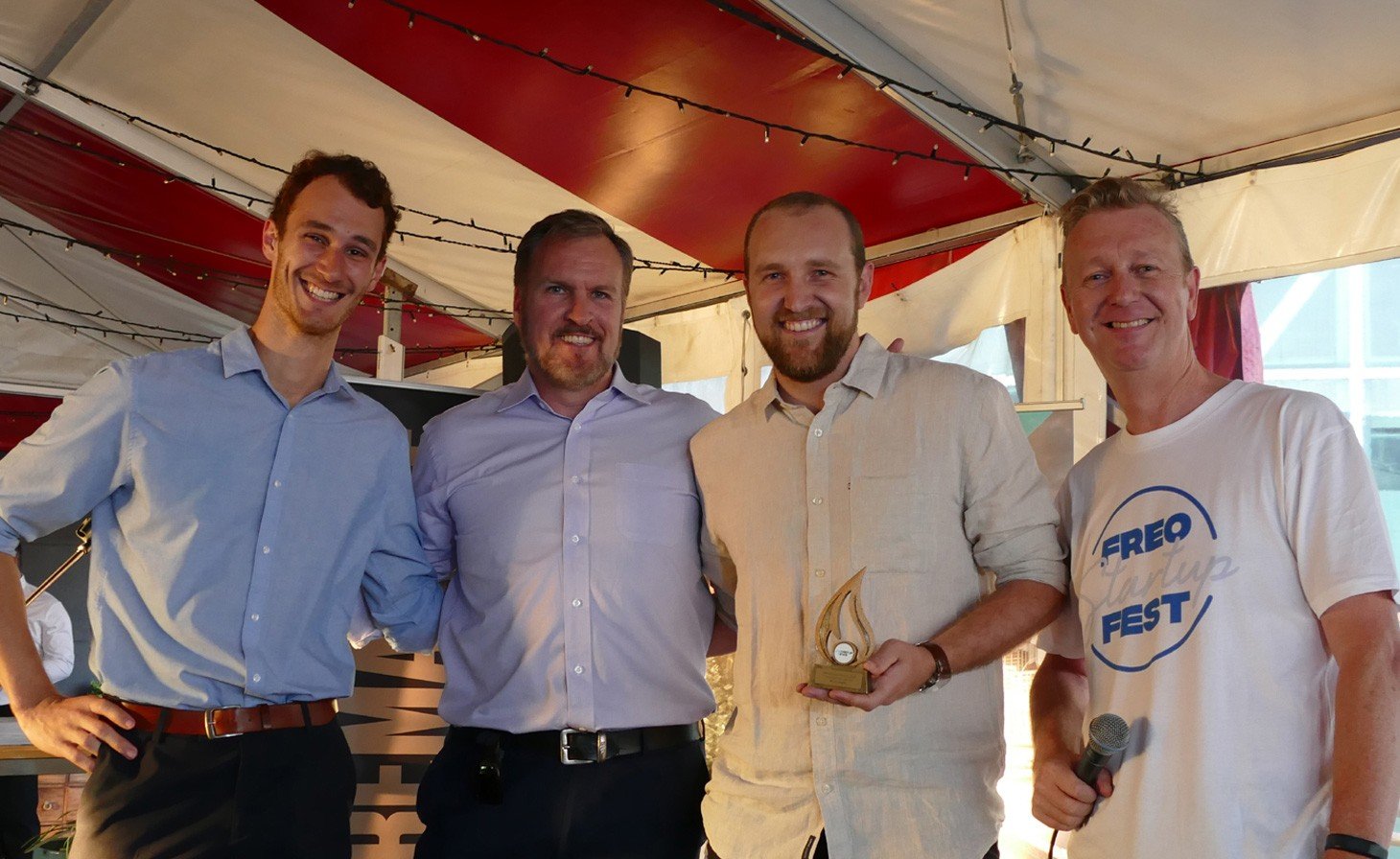 // The Annual Startup News Startup of the Year Awards have been announced: Bruno Health, Tom Young & Brodie McCulloch were among those honoured…

We were back this year, at the newly upgraded ‘Freo Startup Fest‘, held at Little Creatures last Thursday, as part of this year’s West Tech Fest. Co-organisers Rob Nathan and Paula Taylor had put together a fantastic event, which started with a panel discussion with 4 eastern states’ VCs, then an Innovation Bay pitch event followed by Andrew Outhwaite’s ‘For Blue’ report and panel discussion.

As the sun set over the Fremantle harbour, five awards were handed out by our Startup News sponsors: JTSI, Curtin University, BDO, Spacecubed and Wrays.

The event finished with the Blockchain Blues Band playing in their usual immutable, unhackable – and loud! – style.

MAIN IMAGE: Peter (far left) and Zach (centre) from Bruno Health with their Most Admired Startup of the Year award, with Scott Vile’ from Wrays and MC Charlie Gunningham.