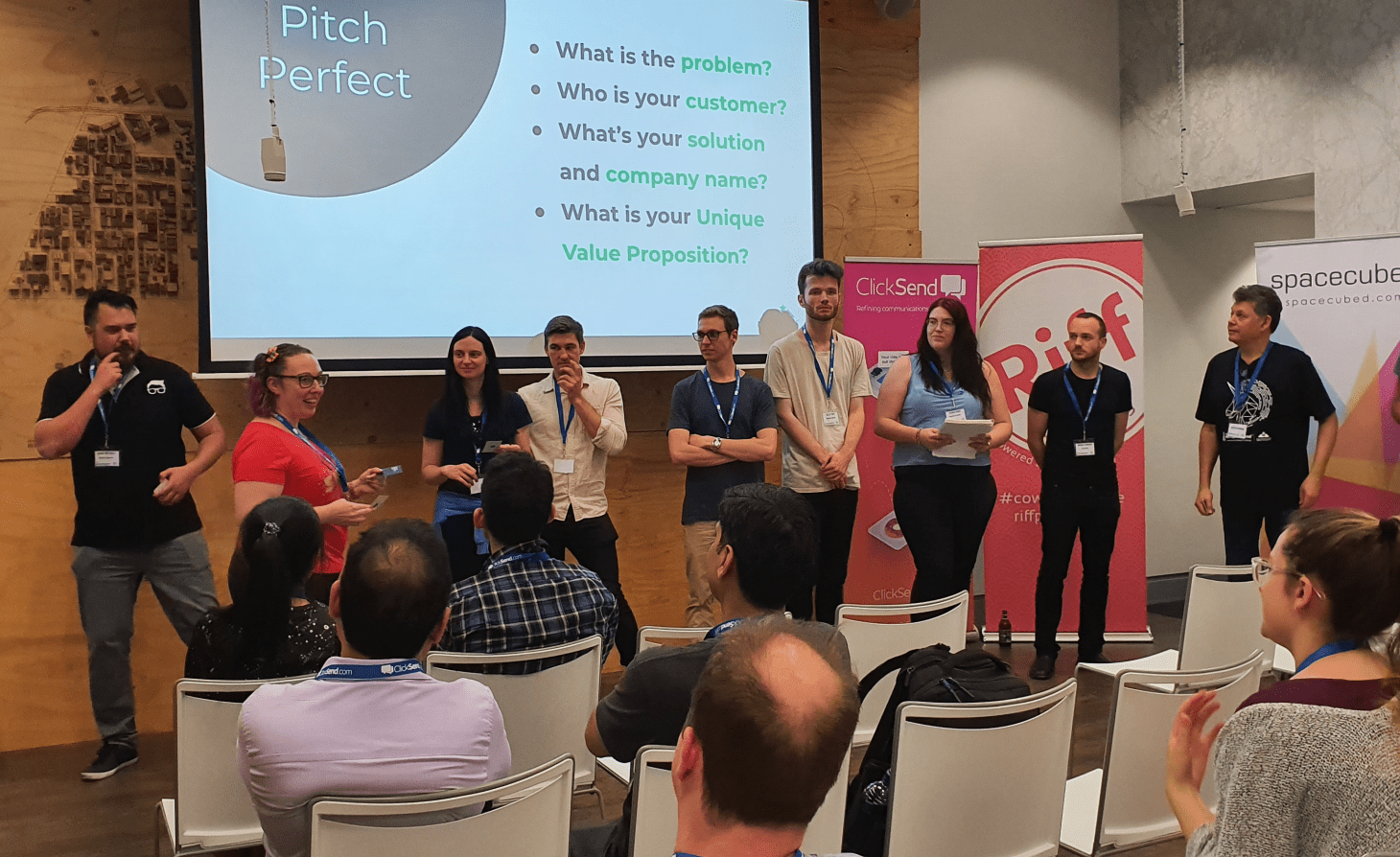 With Jasmin Ward leading the charge to facilitate more than 50 strangers together for 54 hours, Startup Weekend threw in 220kg of food, 15 mentors, 3 judges and came away with another doze of great ideas.

Nadine a seasoned startup aficionado having multiple Melbourne Startup Weekends under her belt.

Startup Weekend retains its incredible abilty to cram 6 months of startup practice into 2 and a half days, giving a full on introduction to the principles of startup and a foray into entrepreneurship.

Attendees from diverse backgrounds and experiences assembled their enthusiasm to learn and have fun while working on a startup idea to hack and hustle their way from an idea pitched on the Friday to validated product on the Sunday night.

On day one (Friday evening) 15 pitch ideas were voted down to 6 teams (with one imploding 10 minutes in). Two days later the varying ideas had had all the usual pivots, stress, sleepless nights and moments of genius. Some had built prototypes by Sunday, with an honourable mention to team Arrive Alive.

Everyone emerges from the weekend with new skills, friendships and hopefully a real understanding for solving real customer problems.

After some discussion and deliberation on Sunday night, the judges Leisa Aitkens (Department of Education WA), Jennifer Reyes (Founder and COO at VROC Artificial Intelligence) and Matt Larner (Founder of Clicksend & SW14 Sponsor) the judges landed on the following winners of the 14th Startup Weekend in Perth:

Both teams win a place in the Plus8 program to continue to develop their validated idea past the weekend.

A little bit about Startup Weekend

Startup Weekend is a global movement of entrepreneurs, led by TechStars and sponsored by Google for Entrepreneurs. Since launching in 2007, the event has been held in 155 countries and has involved more than 200,000 attendees.

The first Startup Weekend in Perth was held in September 2012 at the newly opened Spacecubed (now called ‘Riff’).

At its heart, Startup Weekend is about community building. Its true value is in helping grow local startup ecosystems through an immersive education experience that focusses on connection-making rather than competition.

The weekend can be gruelling. Teams often leave the weekend emotionally and physically exhausted, having going through an expedited version of the tough realities of a real startup in 54 hours, with seasoned startup founders comparing it to the first six months to a year of their own startup journey (without the mortgaged homes).