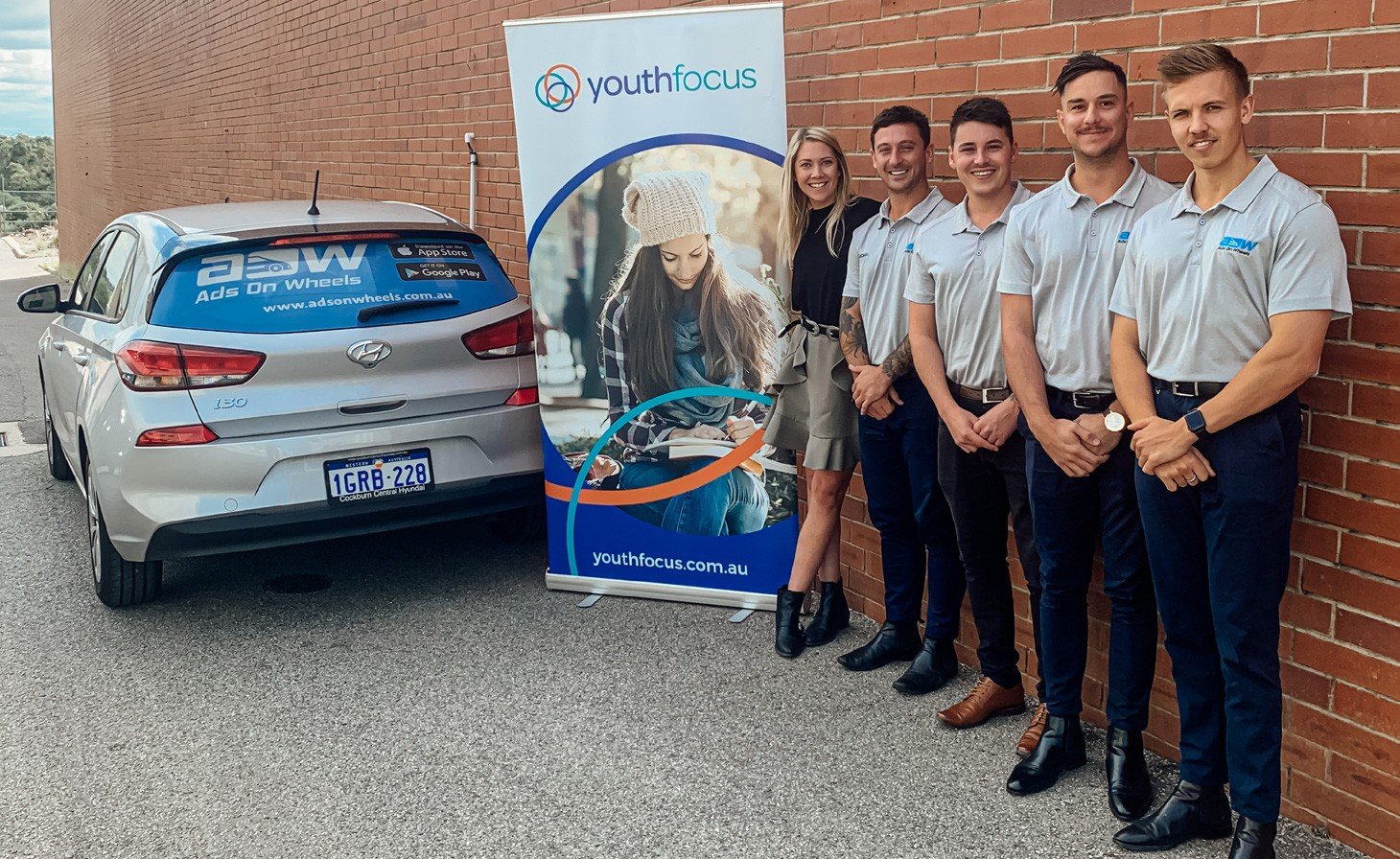 As startup founders, we may be stuck for a few pennies, so here’s a neat idea on how to raise some cash, without really having to do anything different.

A Perth-based startup has found out a way to make it really easy for drivers to have ads placed on their back windows, and let local businesses advertise in a unique way.

Local and national brands have flocked to the new service, launched earlier this year. The messages are multiplied as the vehicles move through the streets of Perth, effectively becoming a mobile billboard on wheels.

All drivers are monitored through Ads on Wheels mobile app to ensure safe driving and to check the locations and kilometres driven. Advertisers also have access to this data through a web portal.

Ads on Wheels was founded by Michael Palmer and Daniel Schoonderwoerd and after a successful first year of operations the team has just moved into a new office in East Perth.

“The world is changing faster than ever before and so are the way consumers are interacting with your product, making it harder to stand out from the rest,” Michael Palmer told Startup News.

“To maintain your position, and to get in front of your competition, advertisers have to think different, that’s where we come in.”

The company has raised $255,000 since the start of 2018 with the majority going into tech development.

Ads on Wheels has been preparing for a national launch over the last few months with campaigns about to launch interstate.

With over $50,000 already paid out to drivers and over 5,000 drivers waiting for new campaigns, the Ads on Wheels team is focusing on getting more advertisers on the platform.

The team is already working on the third generation of their app which will be launching shortly with improvements and more features including machine learning.

For more on Ads on Wheels, visit their website.