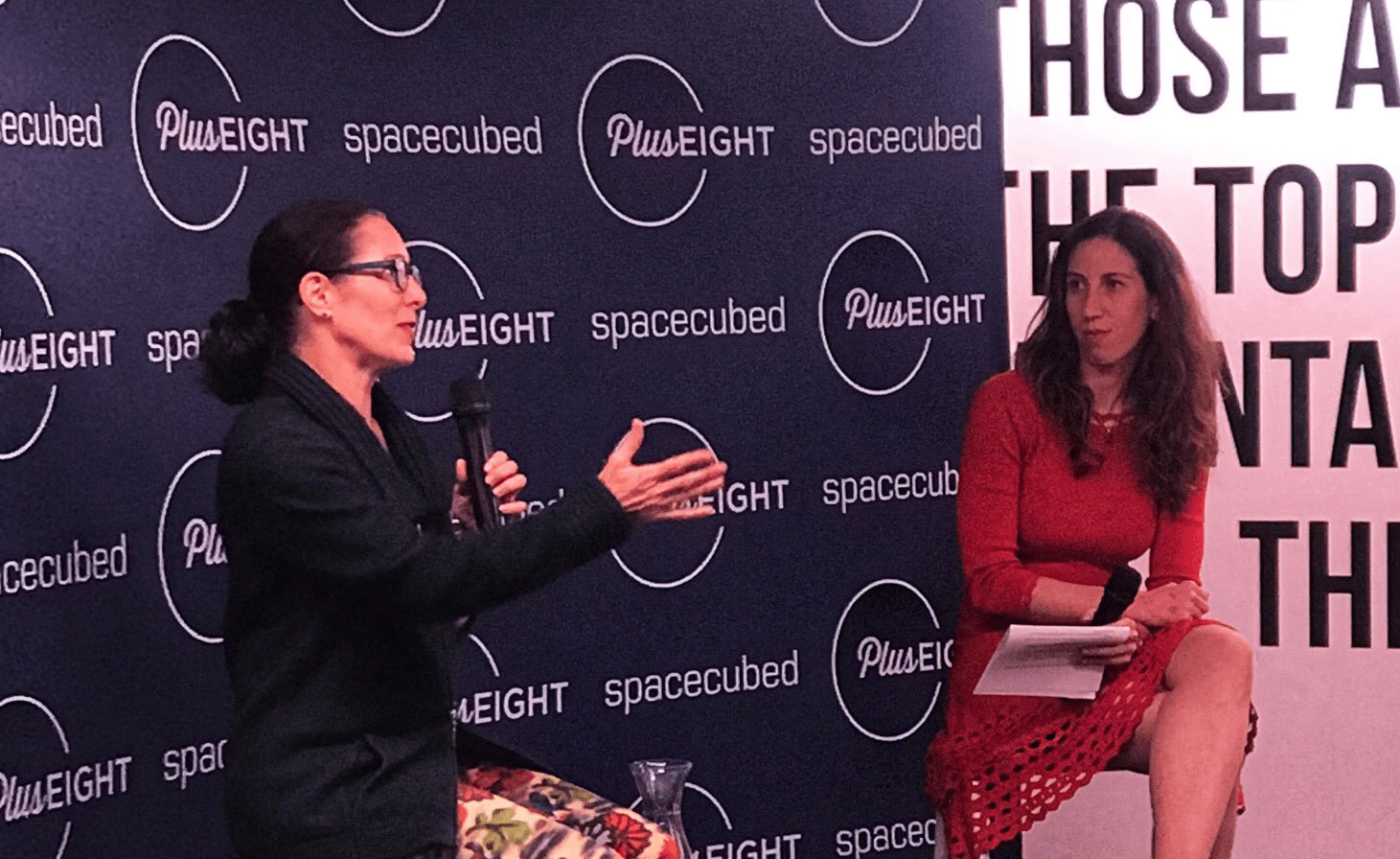 Heralding from New York, Shana Dressler has been working with entrepreneurs for ten years, most recently via an incubator she ran for Google called ‘30 Weeks‘.

It’s not her first visit to Australia, but it is her first time to Perth, as part of Plus Eight’s new Boosted program, which received funding from the WA government’s New Industries Fund through the X-TEND Program. The idea behind Boosted is to bring world-renowned experts – such as Shana – into WA to help scale up our local startups.

“There’s lot happening in New York, all verticals are there, and everything has been burgeoning over the past five years, ” Shana told Startup News.

“No one really knows where it’s all going. Brands are looking to engage using VR, AR and MR, for example. Sometimes they don’t even show their logo – which I think is a mistake. They’re experimenting, and it’s all very new. The good news is, this means everything is up for grabs.”

Although there have been all kinds of incubators in the New York area for a few years, it’s really been over the past five years or so they have developed.

“There are now more than 200 (incubators), ” she said, “As well as all the main verticals, like media, health, ed, property, finance in New York… there are corporate-run incubators now, and even larger consulting firms run their own.”

From among all the entrepreneurs she’s worked with and seen, why do so many fail?

“So many start with an idea, but it’s un-validated, ” she said. “Often, they don’t even know that’s what you have to do. They are unaware of the term.”

“They don’t know what’s ahead. In the US, we have this ‘hero’s journey’ where people get knocked down, get up and always prevail in the end. It’s in all our movies.”

“But the reality is that many startups simply run out of money,” she said.

“Startups are like a cake. Twenty minutes is not long enough to bake. You have to bake the entire cake. It takes time.”

“I’ve also seen companies fail – including my own – due to things like IP issues,” she said. “I set up a business, did not want to pay for an IP lawyer or even worry about it, and as soon as we got out there we received a ‘cease and desist’ letter from someone across the country with the same name. A big mistake.”

Scaling usually happens (or not) at around the tenth employee, says Shana Dressler.

“Either the company is fully funded at this stage, or it’s not,” she said. “They either have the funds to carry (their scale-up strategy) through, either from investors or their customers, or they don’t.”

Hardware is very capital intensive, and carries with it some extra difficulties.

“Essentially, you scale if you can sell your products or services for a price that is being accepted by the consumer base, and you can retain those customers, keep them coming back.”

“Have you done your ‘consumer persona’ studies? Is this a vanity product, where consumers will buy the ‘latest thing’, but once you’ve been out for a while they will move on to the next thing?”

“If it’s utilitarian, then maybe people will keep buying it.”

“Selling a productivity tool is really hard,” said Shana, “Pulling people off their existing tool and getting them onto yours is very difficult. There are so many of them out there. Who’s making the purchasing decisions? Why? What time of year are budgets being set?”

“Often, compliance is also an issue, and startups underestimate its importance. In health care, this can be really crucial.”

“If you’re doing edtech, realise that selling to schools is really hard. They don’t have much budget, and decisions are made slowly.”

Often, it’s all about asking the right questions, and knowing what questions to ask. For this, having the right mentors and advisers on board is critical.

“The right mentors will not only ask the right questions, they’ll make introductions for you, to customers, investors… and can take you to the next level,” she said.

“They are a great sounding board, so if you need top legal advice, strong marketing, then get a lawyer on your board, and a marketing person.”

Other scale up issues include:

“It’s amazing how many entrepreneurs are unaware of the competitive landscale,” Shana said, “And if you make a customer mistake, you have to repair it, well and quickly. Be ready with that discount code!”

Otherwise, don’t be surprised if you are smashed in this age of social media.

“New scalable business models are emerging,” she said, “We all know the story of Airbnb and Uber who don’t have to own assets or employ many people.

“Drop Desk is a new idea, where restaurants hire out part of their space for drop in co-working, during time they’d otherwise be closed when they are prepping for dinner service.”

Sometimes having too much money too early can be an issue (‘a fool and their money are easily parted’), but more likely startups are starved of capital.

Shana argues that Perth is not alone when it comes to hardship in finding early stage investors to back your ideas and startups.

“One way to bring the corporate investors in is to have them as mentors,” she said. “Build a community of them, and that’s their value-add.”

“Appeal to their philanthropic nature, to give the next generation a go, without perhaps worrying too much about a return. Make it feel ‘exclusive’ for them.”

Shana Dressler works with entrepreneurs as a consultant, trainer and mentor, and spoke with Startup News exclusively during her week in Perth and Albany. For more about Shana and her experience visit her website.