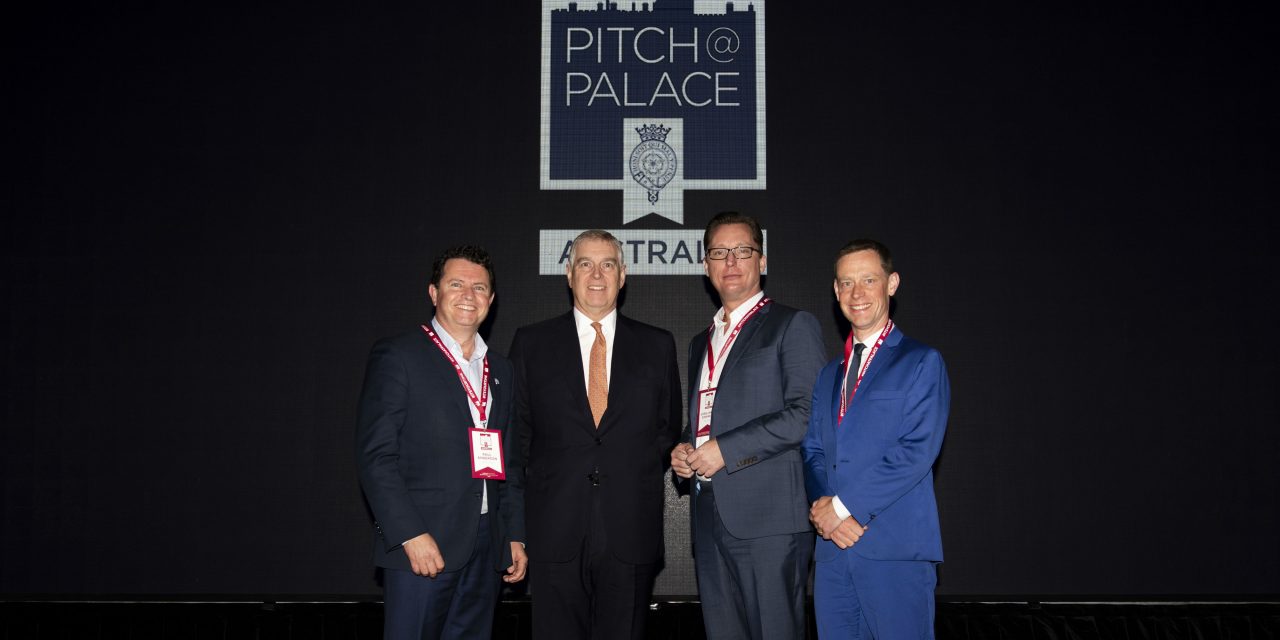 // It’s been a big week for Perth-based Orthocell, securing a spot in the global round of Pitch@Palace and announcing promising results from their ongoing clinical trial.

Based on research from the University of Western Australia that’s now being developed in partnership with Murdoch University, Orthocell is working on a range of collagen medical devices that can aid in the repair and regeneration of tendons, bones, nerves and cartilage.

Earlier this week they announced the results of their CelGro nerve repair trial, 12 months after patients received the treatment.

From the first 12 patients the technology has been trialled on, Orthocell said 73 per cent of nerve repairs have resulted in “meaningful recovery of muscle function,” including a quadriplegic patient who has regained enough strength to perform tasks like brushing his teeth and transferring into and out of his wheelchair.

The news comes off the back of last Friday’s Pitch@Palace Australia 3.0 win, where Orthocell was selected alongside Sydney-based startups Soldier.ly and Xceptional to fly the Australian flag at St James’ Palace in London later this year.

Orthocell’s share price (ASX:OCC) jumped to 52c during Wednesday this week, after being 40c at the close of last week (a 30% climb). At the time of writing, its market cap is $67M.

Managing Director Paul Anderson said the results are a testament to the hard work of many people, including the surgeons who have been involved in pioneering the technology.

“We’ve also been very fortunate to be involved with a group of extremely challenged and very brave patients who have undergone significant surgeries to try and change their lives for the better,” he told Startup News.

After battling through what Paul describes as an “arduous” but incredibly rewarding program, he found himself on stage at Government House last Friday afternoon, pitching Orthocell to one of the most well-connected rooms in the country.

Governor Kim Beazley, former foreign minister Julie Bishop and hundreds of other industry leaders were invited to the event to hear pitches from the 42 startups who had been selected at the programs five ‘on tour’ events.

“It produces real possibilities for people who make a real difference, not only in their own lives, but in the products and services they’re pitching for,” Governor Beazley said.

For many of the program’s participants, those possibilities come about as a result of their ‘ask’ – a request for support, generally to gain access to key decision-makers – that each company presents as part of their pitch.

Paul said in addition to the ‘ask,’ which has already resulted in new connections for Orthocell, the events give participants the chance to work with other startups in ways they normally wouldn’t.

“The essence of Pitch@Palace is this strong collaborative community,” he said.

“You get immersed in your own pieces so often and this competition gives you an opportunity to step outside of your normal world, to have a look at yourself from the outside, and to have others do that in a very strong, positive, critiquing way.”

A 20-year med-tech veteran, Paul said the program shows the value of taking time to reflect.

“It’s certainly something that I would recommend, not just in this competition or this event, but for all startups to really have a strong self-analysis and step outside of your own domain as much as possible,” he said.

“That means at many different levels, not just yourself, but getting others to look at what you’re doing, and also cross-validating you approach and the product that you have to ensure you’re actually going down the right pathway.”

Addressing the crowd at the Australian final, HRH The Duke of York had plenty of praise for the Australian, and in particular Western Australian, startup communities, after Perth locals OncoRes came out on top of last year’s global final.

“Australia has a very, very good record of great innovation,” he said.

“We see this because we put you against other countries, and if you’re permeating through that, there is some great innovation, great ideas coming out of Australia that have relevance not just to Australia, they have relevance to everybody around the world.

HRH The Duke of York

“Western Australia is well connected, and I think is doing extremely well.”

The feeling was clearly mutual, and Paul said he had a lot of respect for Prince Andrew.

“This endeavour, which is being driven by him, is a wonderful, wonderful program that really has incredible global worth.

Paul will next meet the Duke at Pitch@Palace Global 4.0, slated for December, where he said he’s hoping to follow in the footsteps of OncoRes CEO Kath Giles and pitch his way to the top.

“My philosophy in life is, if you’re not very good at something, surround yourself with people who are,” he said.

“Kath is a great inspiration. She’s a multi-talented woman. She’s got the experience of having gone through this process once before, and she’s been invaluable to me already.

“My role with Kath will be trying to milk as much information about what to expect in London from her, to enable me to feel as comfortable as possible, to enable me to give the best pitch I can possibly give.”

MAIN IMAGE: The winners of Pitch@Palace Australia 3.0. From left to right: Paul Anderson of Orthocell, the Duke of York, Chris Rhyss Edwards of Soldier.ly and Mike Tozer of Xceptional. Photo: Pitch@Palace.