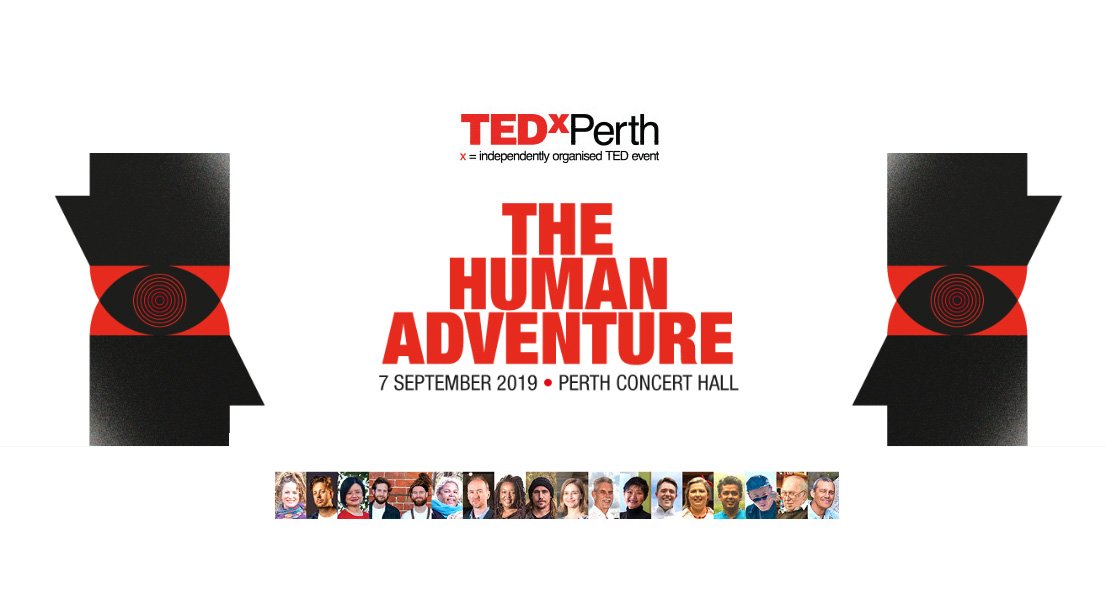 // The 8th year of TEDxPerth is almost upon us. It always sells out. About 100 tickets are left. Get in!

For the eighth time, TED is coming come to town, or rather ‘TEDx’ – the independently organised TED event run by volunteers. As always, it will be a sell out.

TED talks were established in 1984 and usually involve a single speaker. Talks can be no longer than 18 minutes and must be under the umbrella theme of ‘Ideas worth spreading’. What a great tag line – says it all.

The subject matter can be as broad as the presenter’s imagination, with topics ranging from mental health to astrophysics to experimental music to rock formations to aboriginal culture. It’s like food for the brain.

TED itself is a not-for-profit organisation and, now in its fourth decade, has become a global phenomenon. Beyond the official TED conferences, with ticket prices reaching $US6,000 or more, there are the independently run TEDx events, organised by volunteers and priced around $100, and thousands of talks shown for free on the TED.com website.

The first official TEDxPerth event ran at the Octagon Theatre in 2012, and the event has sold out every year since, even when the move to the larger Perth Concert Hall was made in 2014, where it’s held again this year. The audience is a mix, but the vast majority are 20-somethings.

TEDxPerth is the second largest TED event held in Australia.

All TEDx presenters are carefully coached beforehand, with the talks being filmed live on stage. Some are then selected for main TED.com website. The first TEDxPerth talk to garner global recognition in this way was from Hamish Jolly with his 2013 ‘Shark Suit deterrent wet suit’ presentation, which has attracted more than 2.6 million online views to date. Overall, Perth TEDx talks have collected more than 8.3M views.

Some of the most popular TED talks of all time include Sir Ken Robertson’s 2006 talk, ‘Do schools kill creativity?’ with 61 million views, (spoiler alert, the answer is an unequivocal ‘yes’), and Simon Sinek’s 2009 presentation ‘How great leaders inspire action’ (46 million views and a must for anyone in a leadership position), which told organisations how to ‘find their why’.

This year, there’s short movies, installations, break out discussions in the breaks, and 16 hand-picked speakers, including Pankaj Sharma, who featured on Startup News last year when we launched his first retail shop at Yagan Square.

For more info on this year’s TEDx (‘The Human Adventure’) event on Sat 7th September, head on over to TEDxPerth site, and book tickets before they’re gone. Which they will do very soon. #FOMO.