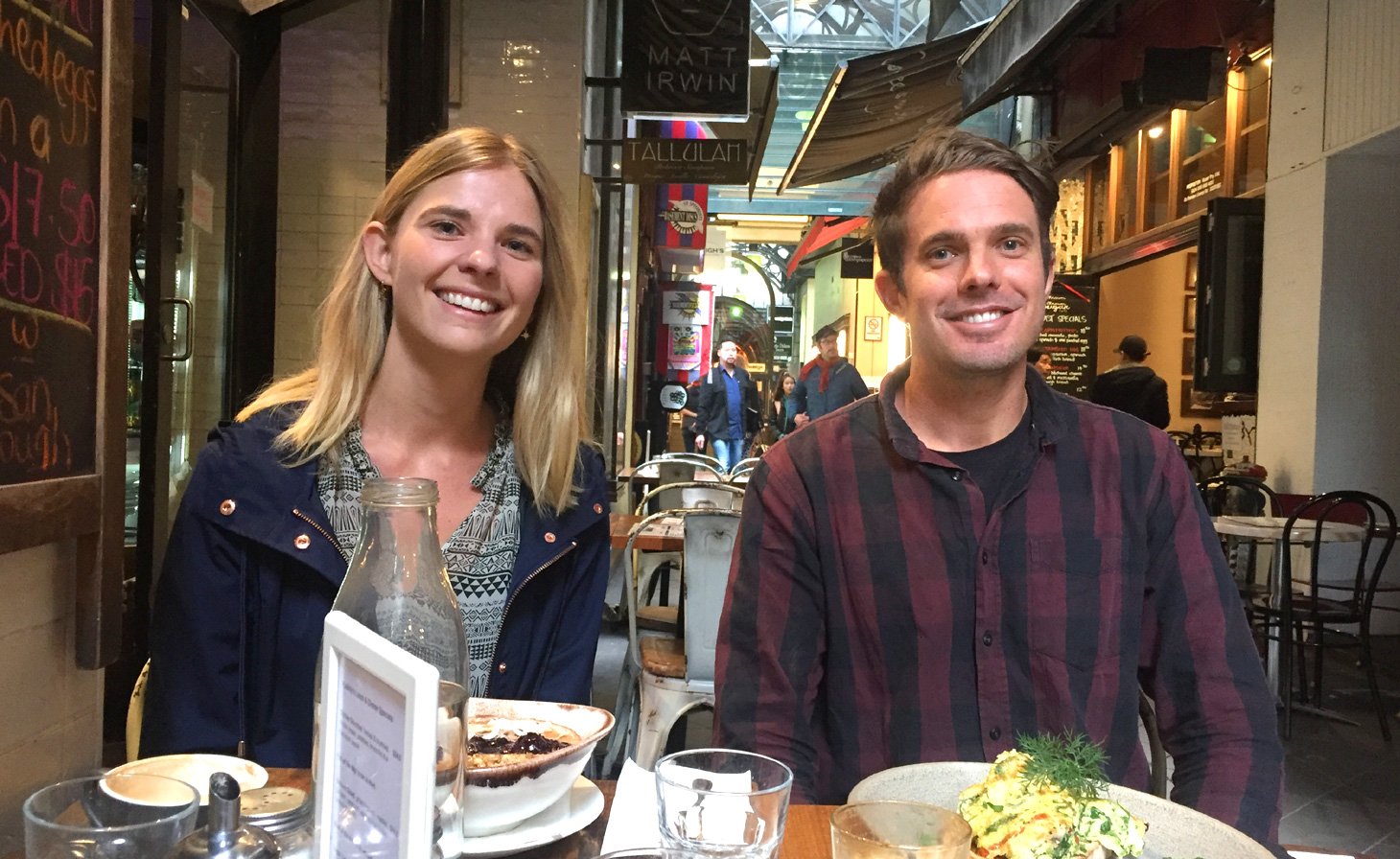 Startup News recently caught up with Plus Eight Accelerator 2018 alums Paul Rowsthorn and Bibi Jellema, who are based in Melbourne, but are about to hop over to Christchurch to join another accelerator…

You may remember Paul and Bibi from Airguides (formally known as Hopolla) as they flew into Perth for six months last year to take part in the Plus Eight accelerator program.

In a trendy Melbourne lane way not far from Flinders Street Station – ABC Breakfast host Virginia Trioli, and NBN Chair Ziggy Switkowski both wandered by during the catch up – Startup News breakfasted with the two co-founders to check on their progress post Plus Eight.

Airguides is an app that allows travellers to book unique trips curated by travel influencers.  Through the app, users are able to access travel guides created by influencers and connect with other travellers.

Paul said he and co-founder Bibi were warned of the difficulties of a travel startup using the B2C business model.

“If you look at the family tree of the tourism world, you basically end up with 3 giants (soon to be 4 if Google has their way) pulling the strings of everything, and while this makes life tough at the bottom, it also breeds amazing partnerships and collaboration between companies,” he said.

Paul credits the advice of Plus Eight mentor Jonathan Steingiesser for the successful transition from Hopolla to Airguides.

“He basically said we need to stop what we’re doing and really understand our users,” he said.

Through research, Paul and Bibi were able to find the gaps in Hopolla that needed to be corrected to strengthen their vision and build Airguides.

“As horrible as it sounds, killing something you’ve invested so much time and money into, it’s the opposite.”

“We spent nearly a month pounding the pavement and quickly realised while people liked Hopolla, they’ll just use it for research and spend money elsewhere,” he said.

“Through the user research we realised we were close, but we’d navigated the problem the wrong way.”

Paul said he and co-founder Bibi Jellema were warned about the impact of the ‘post-accelerator blues’ but gave it little thought throughout the duration of the Plus Eight Accelerator.

“Accelerators are just that: they fire a rocket under everything you’re doing. You’re running around pushing growth, partnerships, investor meetings, product workshops, masterclasses, trips to San Francisco, networking drinks and then before you know it you’re preparing for Demo Day,” he said.

“What you don’t read about in all the startup blogs is just how much your personal situation puts a toll on your startup,” he said.

“For us we’d pushed our personal finances to the absolute limit, our living arrangements were flexible and co-working wasn’t an option until we could source our next funding.”

Paul and Bibi have recently been accepted into the New Zealand Lightning Lab Tourism Program.

Paul said the pair will be based in Christchurch and will get to work closely with some of New Zealand’s biggest travel companies in an attempt to drive sustainable tourism throughout the country.

“Soon, you’ll be able to book your dream holiday in New Zealand with trustworthy and authentic recommendations from a travel influencer of your choice,” he said.

Click here for more information on Lightning Lab and Plus Eight