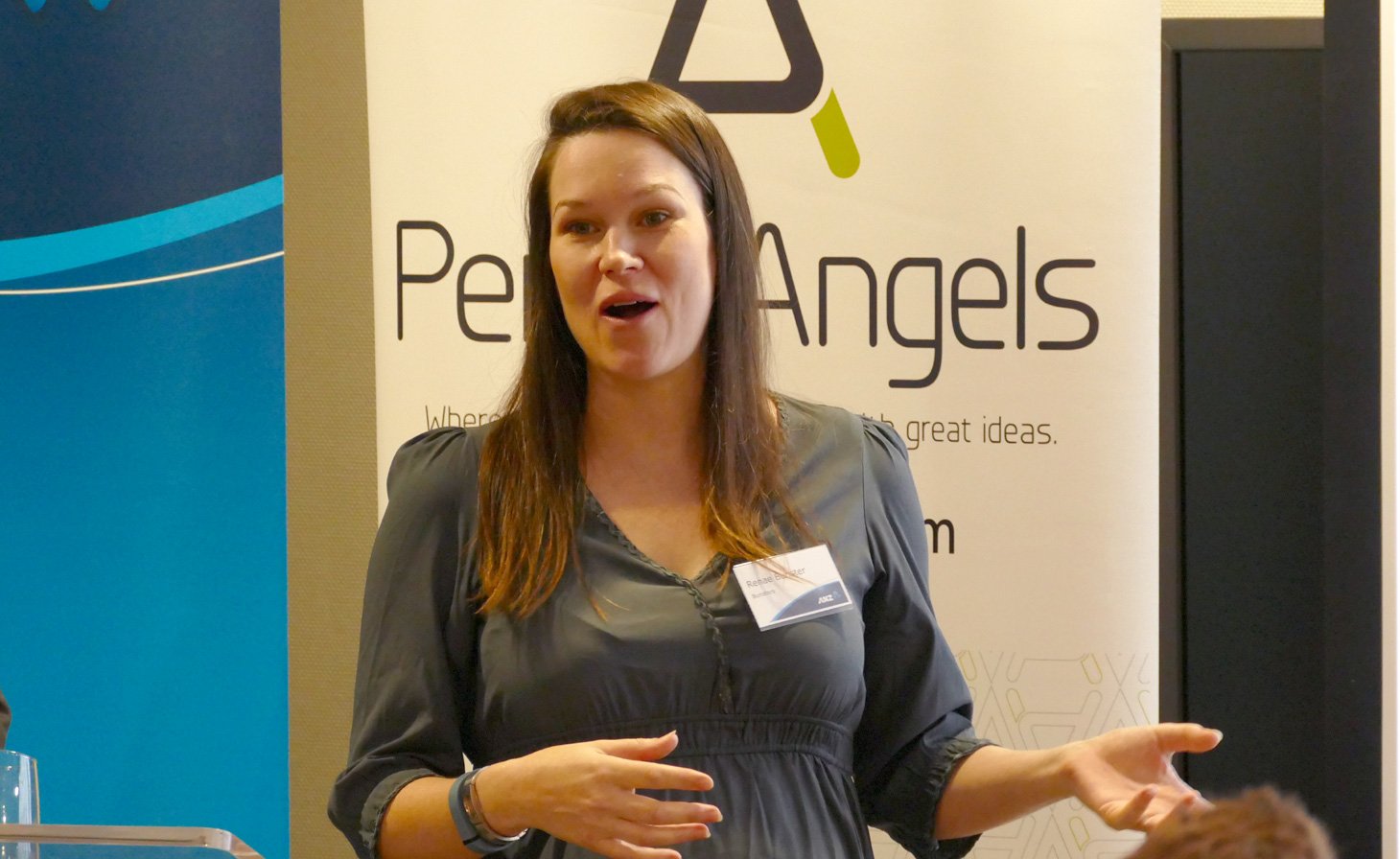 //SN EXCLUSIVE: Renae Bunster is fast-becoming one of Perth’s most impressive online entrepreneurs. While her spicy products fly off the shelves, she lets us in on some of her secrets and tells us about her first equity fund raise…

When your product is the number one selling item on Amazon.com in the States in its category, you are definitely on to something.

Not only that, to hear former TV journalist Renae Bunster tell her story, is to sit back and laugh out loud as she freely admits to many errors, and humbly offers advice to those who would like to do likewise.

After setting up a StoryBook business where people could personalise children’s stories in 2011, Renae and her husband set off on a digital nomad journey. It was in Mexico where she fell in love with all their hot sauces.

Returning to Perth, she started experimenting with fresh ingredients to make her own Aussie version. Her friends loved it, and came back for more.

“Tip number one: if your friends – who you’ve given free samples to – come back for more, charge them!

If they agree to pay, you may be on to something,” she said.

She made a few batches of sauce and went to a Chilli Festival in 2013 selling $12,000 worth in a weekend. It was a clear indication she was really on to something.

“My customers kept saying: ‘Make it hotter!’ I made one so hot, I thought people would not be able to eat it. But they loved it!” she said.

Next tip – get your branding right.

“I wanted a name that would literally stick out on the shelves. Also, I really did not think people would actually eat this sauce, so I gave it a joke name: ‘Shit the Bed‘.

“Yes, it’s a bit naughty, but it’s very Aussie, and it just took off. It went viral – so we knew there was a market for it – and we decided to run a crowd funding campaign to test the demand.”

Renae designed a custom made bottle, modelling it on the Dom Perignon champagne shape, and added a bit of ‘Hot Wheels’ flames, something that would resonate with her male customers.

“When you’re in business, you have to make sacrifices. I sold the book business, and I sold my Porsche. Yes really, it was my pride and joy. I now drive a beaten up Ford Falcon station wagon that someone gave me for free. Cockroaches fly out of it when you open the back doors!”

She raised $250,000 in a crowd funding campaign and launched into the States, having won FDA approval. Worried about the name, she found that not only did Americans not find it offensive, they loved it.

“Trouble was, the bottle we had made for the crowd funding campaign was breaking in the mail, so it was eating up any chance of profits,” she said.

She fixed that problem, and Bunsters sauce went to become the number one selling hot sauce on Amazon.com in the States.

“My background as a journalist has helped me get a lot of press,” she said, “Journos love writing about ‘Shit the Bed’ because they can get away with it, as it’s our brand name!”

She even got onto one of the most popular Youtube shows, ‘Hot Ones‘ with Sean Evans, where celebrities are dared to eat really progressively hotter chicken wings.

Watch Renae herself tell the story …

Annual sales have doubled every year, and last year Renae passed the $1M mark. She is now opening up an equity capital raising campaign to fund the next stage of growth.

“Over the years lots of customers and friends have wanted to invest in the company so it’s great to finally get to do this,” said Renae.

“We’ve only been going a week and have already sold 15% of the shares and I was delighted to be invited to pitch to the Perth Angels this week.”

And before you ask, everything is made in Australia, and according to Renae, always will be.