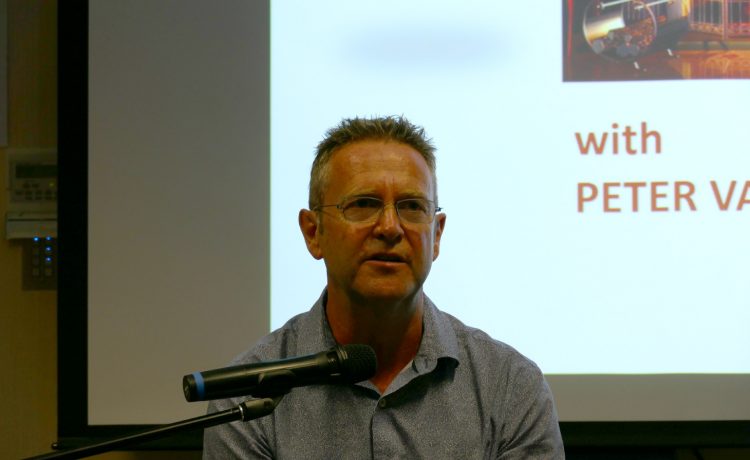 At a recent eGroup meeting, long time member and entrepreneur John Whitley told the gathering how he set up an online business and arranged a multi-million dollar exit within three years…

If you are looking for an untold story of startup perfection from Perth, you’d do well to beat what John Whitley did with Appraisal Solutions.

After a conversation with a car-obsessed mate who was decrying the absence of a proper ‘car appraisal’ system, John found there was in fact no real effective online solution.

And so, affected by the downturn in the mining sector, the former satellite phone businessman was open to other opportunities and established the Appraisal Solutions business in 2015. On a global search he could find only 2 apps that seemed to do part of the job, one in the UK, one in the US.

“I contacted the one in the UK and asked if I could buy a license for their technology in Australia,” remembers John.

“So they gave me access to the app, and every deal I signed up they got paid a license fee.”

The trouble was, the app did not work. Well, not how John wanted it to. His customers (the car yards) needed a real time car appraisal system that could tell them what types of cars had sold for what, so they knew how to price the car in front of them.

John then asked the UK company for changes, for which he’d pay, and – critically – he would own the new system. This was March 2015, and by June he had a first working product he could sell to car yards.

“I’d been a sales person since I was 16, and I was now 50. So I knocked on doors, and found them resistant to change,” said John.

The car yards were still doing appraisals on paper. Considering how much the industry had changed over the previous decade – with the emergence of CarSales.com.au and other online portals – they needed something to help them traverse a much thinner market with slimmer profitability.

“They were selling less cars and making less margins,” said John. “So with the Appraisal Solutions transparency, and being online and neutral, it gave those that used it an edge.”

Getting the price from the trade in customer down to something the yard could then sell it for was crucial, and John had something that assisted that process.

“Today, most franchised car dealerships in Perth use our Mobile Car Appraiser. Back then, I had to get larger clients on board, to give it a go, to provide social proof to others to give it a go,” said John.

The business model was a beauty.

Within a few years, John had no less than five revenue streams including an upfront fee, a monthly software fee, an ongoing annual fee, a per car chassis identified fee and even iPad leasing.

“My advice to others entering a market with something new like this is to: know your industry, do it well and they’ll never throw you out,” said John.

Within a few years, from having no competitors, Appraisal Solutions has ten.

All the while, John’s objective was to build a company up that he can sell.

“In my first year, I have myself the goal of having 10 clients paying $300 a month by Christmas – which was the six months from launch. As December rolled around, I had 9. So I kept going.”

“I couldn’t get into CarSales at all, just could not get past the gatekeeper,” said John.

“AHG or another car dealer would not be the purchaser, as then no one else would use it.”

Quite by chance, a client in South Australia was also a Director of CarSales and mentioned it at a Board meeting. This led to an initial offer, some negotiation and then an ultimate deal.

“They were impressed with the technology and what I’d done with it, and in the end, after 9 months of due diligence, we settled on them buying a majority stake upfront, and the rest over 3 years. So I continue as CEO,” said John.

For more: go to the Appraisal Solutions website. eGroup meets on the first Tuesday of every month at BDO offices in Subiaco. More info on eGroup here.