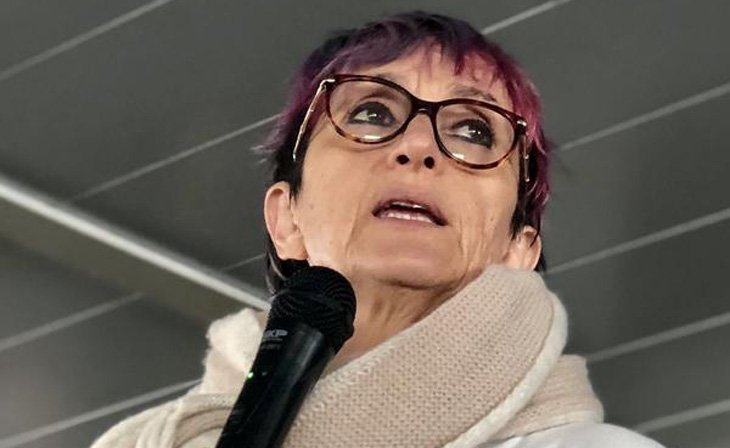 Homeward Bound co-founder, Fabian Dattner, believes that the absence of women in leadership roles globally is having dire consequences for the future of our planet.

Meanwhile, economic equality is unlikely to be achieved until at least 2031 despite women making record progress in the March quarter, according to the latest Financy Women’s Index.

The Women’s Index, which measures the economic progress of Australian women on a quarterly basis, rose 1.9 points to 122.7 points in the March quarter, up from a revised 120.8 points in December 2018.

“What is needed is action, not words. Acknowledging the dearth of women in leadership is one thing, doing something about it is another.

“In the 2019 Harvard Business Review Corporate Directors survey, 80 per cent of those surveyed are male; 95 per cent agree that women and minorities at board level bring unique perspectives, yet half of respondents reported ‘diversity fatigue’ pointing to a shareholder preoccupation with diversity which is driven by political correctness.

“The solution is simple: if you’re having to think too much about gender and diversity, don’t talk about women, select more women into leadership positions.”

An Australian initiative, Homeward Bound’s 10-year goal is to build a 1,000 strong global collaboration of women in STEMM (Science, Technology, Engineering, Maths, Medicine) to proactively lead, influence and contribute to policy and decision-making as it shapes the future of our planet.

Homeward Bound participants to date have encompassed 40 nationalities and 25 diverse STEMM fields, from doctors, neuropsychologists and teachers to zoologists, engineers, astrophysicists and marine scientists. The one unifying trait is their dogged determination to change the status quo and to improve the visibility and reality of women in leadership.

“There is a phenomenal ground swell globally growing,” says Ms Dattner. “Four principles are creating this: Trust in the practice of leadership is dropping. Despite the rhetoric, women are still a significant minority in leadership, our planet is in dire straits and if guided by inclusive voices STEMM, which touches every part of how we live and will be, can guide the right choices now and into the future.

“Homeward Bound participants are chosen for their deep personal commitment to a sustainable future and given a unique 12-month leadership experience and global community of like-minded women to stand with,” says Ms Dattner.

Applications opened for Homeward Bound’s fifth cohort on 7th March, with participants taking part in a 12-month program that culminates in a once in a lifetime voyage to Antarctica, one of the most inspiring and ecologically sensitive places on earth.

“Our planet is in strife, and the voice of women in STEMM might just tip the balance for our children. Research shows that women generally lead with greater inclusion and more collaboration, are trustworthy with assets and are guided by a legacy mindset – all of which is the kind of leadership the world critically needs, and which Homeward Bound seeks to amplify.”

“The time for action is now. In order to build a more sustainable world, we must also build a more equal one, not tomorrow, not the day after, but today. Mother Nature needs her daughters. And she needs them now.

“Our alumnae are incredible women achieving great things, bolstered by the leadership and camraderie proviced by Homeward Bound. Like Marji Puotinen from WA who has engaged children to support her ‘Kids Care About Climate Change’ initiative; Deb Pardo, named by French newspaper La Tribune as one of the ‘top innovating women in France’ for her research and participation in the program; and Dr Kim-Anh Lê Cao, University of Melbourne, recipient of the 2019 Australian Academy of Sciences Moran Medal.”

Supported by a global faculty of experts and environmental champions, including Christiana Figueres, who served as Executive Secretary of the United Nations Framework Convention on Climate Change (UNFCC) from 2010 to 2016, Homeward Bound participants complete a 12-month program to increase skills in leadership, strategy, visibility and collaboration, while also broadening the scope of their scientific knowledge.