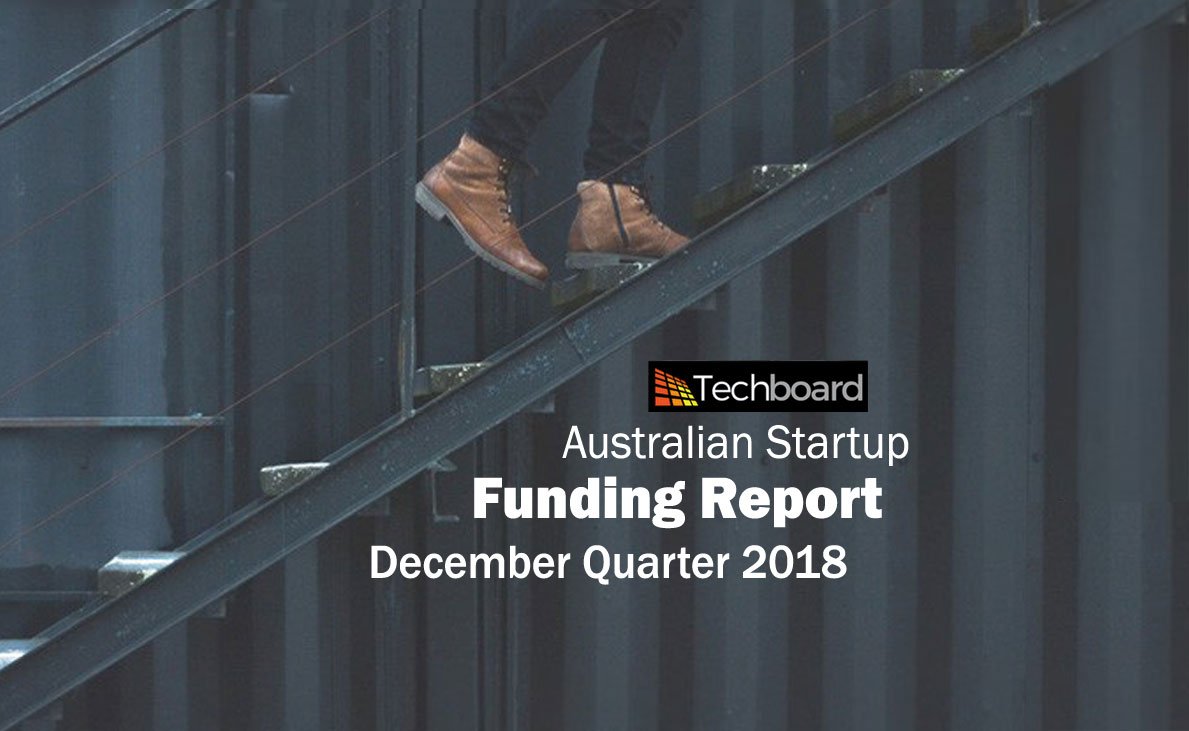 The quarterly startup funding analysis is out, and local data company Techboard has crunched the numbers for the December 2018 quarter…

The September 2018 quarterly report from Techboard gave WA private funders a very low grade, the lowest to date in fact. Barely more than $1M of private money was collectively invested in first 3 months of the current financial year, across 3 deals.

The average private investment amount had been more than $11M/quarter in the 2017/18.

The latest (December quarter) numbers show an improvement, but WA is still far behind the east coast, and well short of its 2017/18 numbers.

A combined $6.23M was invested in Oct-Dec 2018 in WA startups and early stage businesses, the largest of which was the $810K investment made in Komo (formerly known as QuizJam.)

The great funding examiner in the sky may mark WA’s performance as ‘Needs (Further) Improvement’, having failed the state in September. So we’re better, but still not great.

Among the overall funding numbers, which includes public companies, there were a couple of stand out deals. Both of which – as always seems to be the case in WA – were for ASX-listed tech companies. The mapping company Spookfish was acquired for $137M, and wearable tech device business Nuheara raised $5M.

“The Spookfish acquisition is a great success for the Spookfish team and its early investors, with such rapid growth over its short life, having been founded in 2013, listed in 2014 and exiting in 2018. This should encourage startup and tech founders and investors alike that it can be done from Perth. Some other companies also had some great news but overall the funding picture is not very encouraging, considering the longer term growth, particularly in private funding, across Australia as a whole.”

Overall, if we include public and new loans, Techboard noted $170M of funding to early stage WA companies during the period, which was 16% share of total Australian investments (just over $1B). This was up from $79M in September quarter.

Remember though, Spookfish accounted for $137M (80%+) of this total. Pretty much everywhere else, there were crickets.

And if you consider that only $6M (3.5%) of the $170M was private investor money into startups in this state, then there are slim pickings indeed for the local sector.

If $170M seems like a nice chunk of change (even though 80% was in one deal), consider that local publisher Business News reported on 504 capital raising deals for WA firms across 2018, worth a combined $9.4 billion. That’s an average of $18.7M per deal.

If we add up all the private sector investment into WA startups during 2018, it comes to $28M, which equates to 0.3% of every dollar invested into WA firms was into private, startup or early stage businesses (all VC, accelerator and angel investment).

Will things improve? Or as mining takes off again, are investors being lured back to their traditional ‘digging stuff out of the ground’ businesses?

You can read the full report and play with some very impressive charts on the Techboard site.