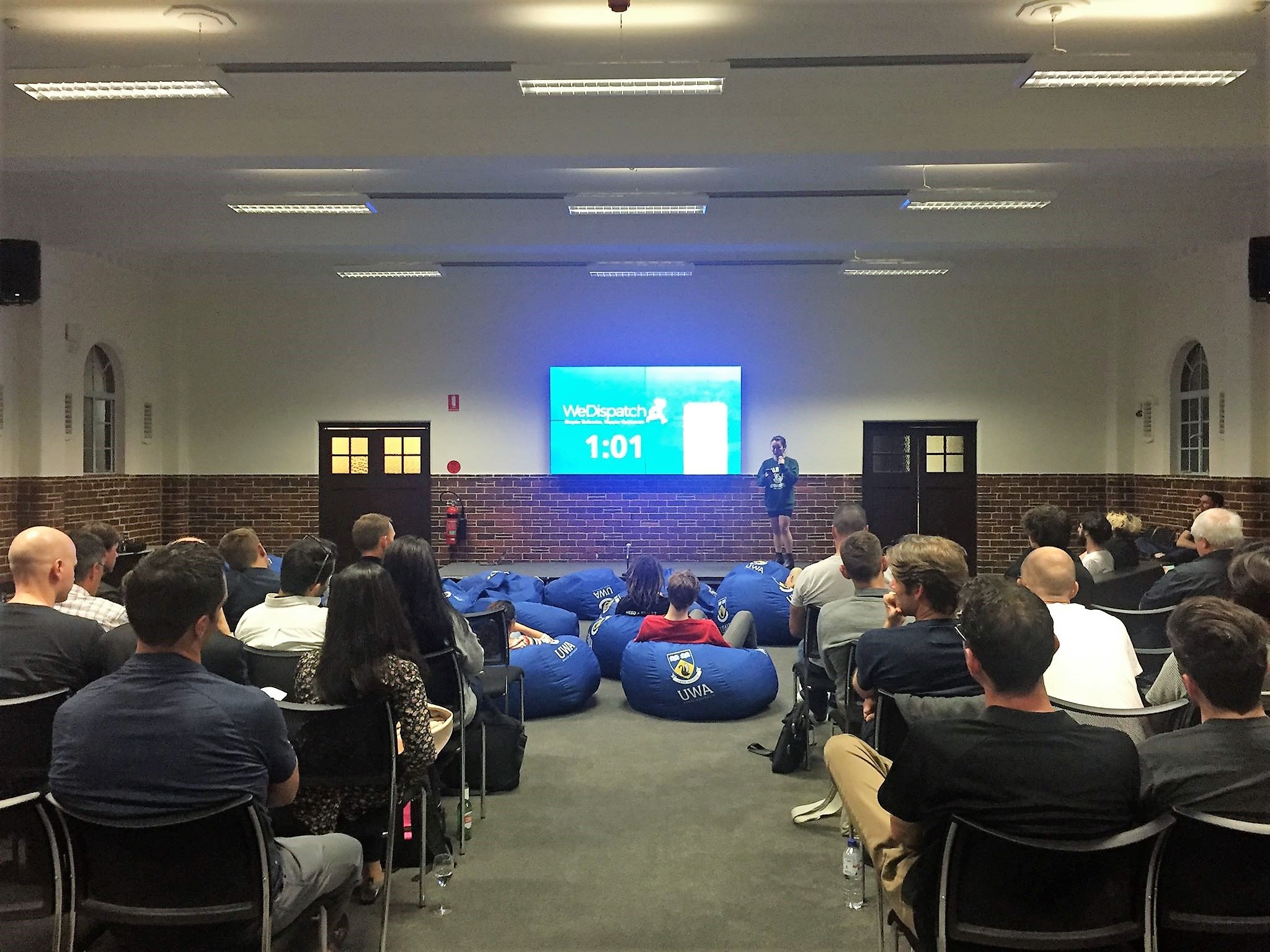 STARTUP NEWS’ 1000th POST!
When software developers are looking for jobs, a former Masonic Hall might not be their first port of call, but UWA’s IQX is hoping it soon will be…

Located on the very outside edge of the University of WA’s campus, IQX is a co-working and event space that aims to support businesses of all sizes in their growth, from the recently restored Nedlands Park Masonic Hall.

In response to the current shortage for local software developers, they’re holding ‘We’ll Handle the Business Side‘ – an event that turns the tables and asks businesses to pitch their positions and ideas to developers in what IQX space curator Zoe Vos describes as a ‘reverse shark tank’.

Zoe said while at least seven jobs have been filled through the events, and countless other connections made, the evenings are about more than filling positions.

“It’s also a great way for everybody to gain a greater understanding of what really matters at the moment in that field,” she said.

“Given that it’s increasingly necessary and there doesn’t seem to be enough people to fill the positions, … [we’re] creating a great environment for those discussions to be had about what’s important.

“It [also] puts everyone in the same room who are working on great innovative technologies.”

Companies who decide to pitch are told to spend their time outlining their business, culture and what opportunities they have available, all with a healthy dollop of good humour.

Then, after the audience has a chance to ask their questions from the comfort of beanbags and couches, attendees are encouraged to hang around for the second half of the evening.

“Once the questions are done we open the magic door to a catering room filled with sliders from Varsity, and the companies have an opportunity to catch up with people that are interested in the position over burger and beers,” Zoe said.

“It’s an informal and fun way for people to get to know more about the companies that are pitching their jobs.

“[The developers] love it because, for one, they get an opportunity to see what sort of tech and different things other companies are working on, … they get to ask their questions in a really informal fashion … and we try and make it as fun as possible.”

Having caught the eye of businesses including Bankwest and SpacetoCo, IQX is now preparing their fourth event on February 12th.

Zoe said from day one, We’ll Handle the Business Side has been about bridging a problematic gap in the industry.

“The first resident here was Andrew Walker from WeDispatch, who was actually looking to employ software developers and noticed how hard that was,” she said.

“[Andrew] also noticed that every week he was getting a phone call from somebody asking him where he got his software developers from.

“We realised there was a big gap in the market for people to have that conversation, not only about how to engage software developers, and what they were looking for in terms of what they wanted to work on, but also finding really good talent that was available in Perth.”

Click here for more information about February’s We’ll Handle the Business Side event.

This is the 1,000th post on Startup News (which is now in its 6th year of publishing stories on WA’s startup sector. Do browse our categories or use the search to find stories and interviews from hundreds of local startups and startup people, or advice and opinion on the local scene…)