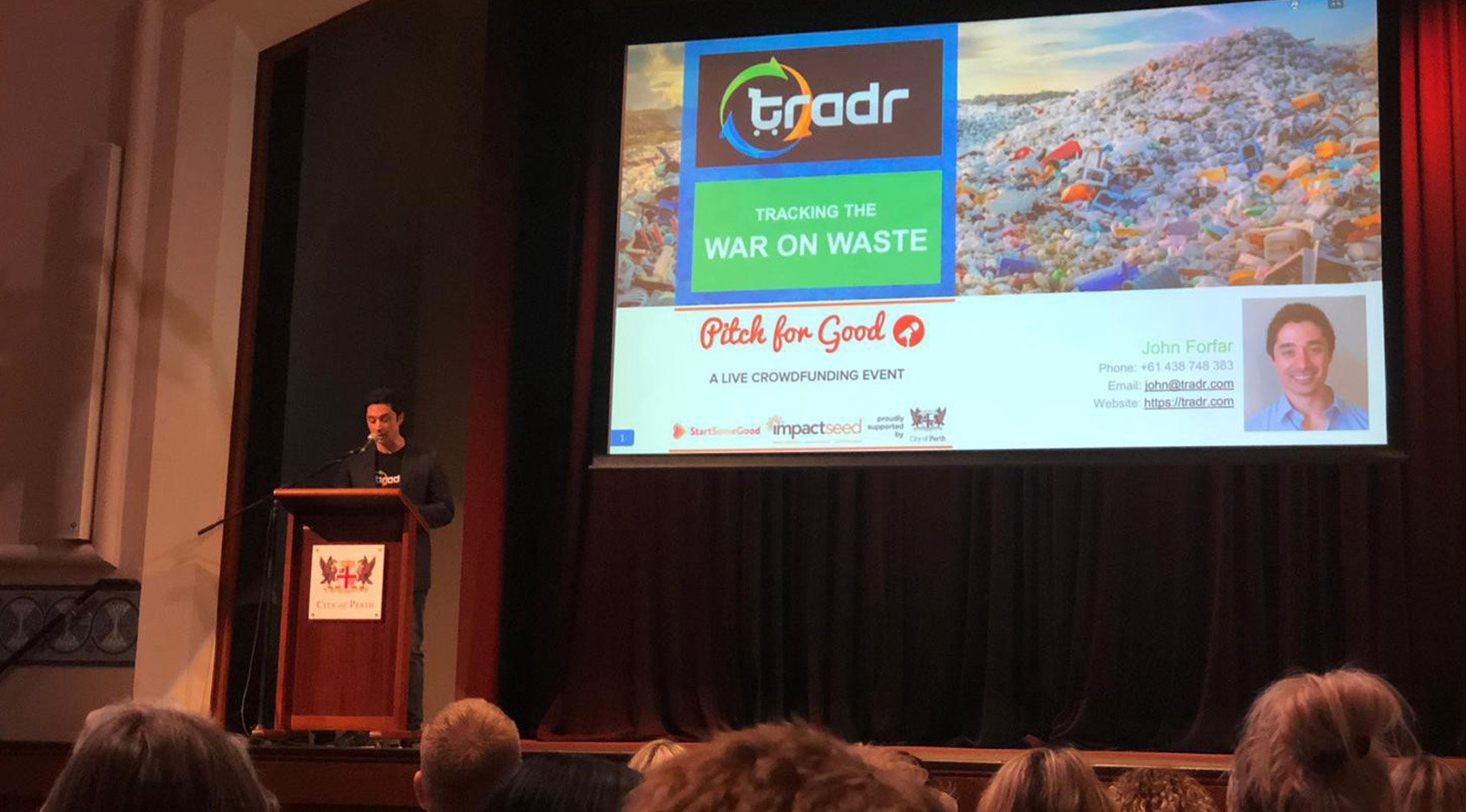 While one man’s trash might be another’s treasure, John Forfar reckons tracking waste is where real opportunity lies…

After a decade working in telecommunications in the Australian Army – which included an eight-month deployment to Afghanistan – John Forfar decided it was time to find something a little closer to home.

After an initial attempt at creating an e-commerce and local marketing platform for small businesses in 2013, John didn’t give up on his startup dream and pivoted to the world of waste instead, beginning work on the new Tradr late last year.

John’s social enterprise is hoping to help make the global waste industry more transparent by providing end-to-end tracking of everything from individual items to entire shipments.

Speaking to Startup News ahead of the end of their crowdfunding campaign, he said the challenges of his first startup attempt didn’t deter him from giving it another crack.

“As I was looking around working in the mining industry and being obsessed with Tesla’s growth, [I] sort of saw the big picture for how we can start moving into renewable materials or encouraging recycling and tracking the waste industry,” he said.

“There is a big lack of transparency in the whole waste industry, and if you solve that by having a tracking platform … you can actually see that a lot of the waste just disappears and then reappears … and then it may illegally get shipped offshore and processed in a third world country to be burned.”

In addition to providing useful analytical data to stakeholders at all stages of the process, John said Tradr can support recycling centres’ reputations with solid data, which he hopes will improve the industry’s efforts towards a cleaner future.

“We’re providing the ability for them and their clients to verify where the waste is going and make sure that it’s not illegally dumped offshore or anything, it’s getting processed correctly and the materials are getting recycled where they can be.

“By providing 100 per cent transparency for the good operators we’ll slowly wean out a lot of the operators that are doing something that’s not environmentally friendly.”

To work its magic, Tradr uses a range of IOT sensors, including RFID tags, to track waste from pickup through to recycling or landfill.

For bigger shipments, Tradr can also use battery-powered GPS trackers to keep an eye on waste anywhere in the world.

Most items will be tracked with RFID tags and QR codes though, allowing small handheld readers to do most of the work.

John said by combining this with blockchain technology, all stakeholders, from councils to waste processing companies, can have a better idea of what’s going on than ever before.

“The whole point is we’re tracking chain of custody and there’s no sort of way you can cheat the system when you use RFID tags that are positively scanning at each end and at each step along the supply chain for waste,” he said.

“We’re verifying that things go into boxes in one end and then they come out the other end without any sort of tampering.”

Looking forward to the future

With the team about to embark on their first pilot, a partnership with Total Green Recycling, John said the team’s journey hasn’t always been smooth sailing.

“The biggest challenge so far I’d say would be trying to raise money in Perth,” he said.

“A lot of people look for lower risk investments. They don’t really invest in startups especially things that are slightly different from normal investment in WA.”

He said despite the challenges, there’s one big motivator that’s kept him going.

“If we can change that stat from a local perspective that would be a win for us.”