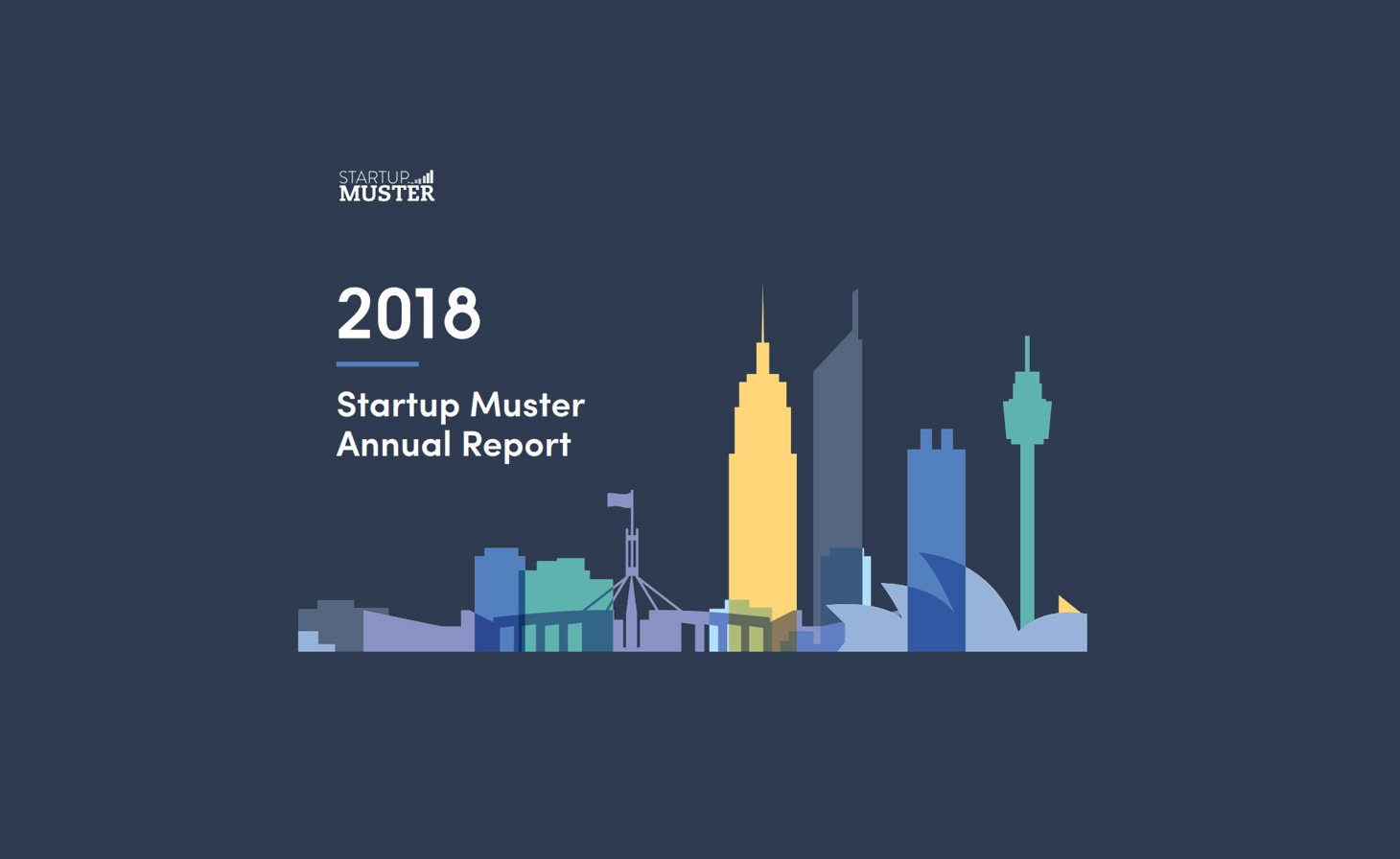 Don’t panic Mr Mainwaring! Despite the screaming headlines of ‘Startups falling off a cliff’ and ‘No Women founders’ and ‘Government not helping’ the 2018 Startup Muster Report ACTUALLY reports that the long terms trends are: more startups, more female founders and most founders use government assistance…

You may have been part of the surveys that went into Startup Muster’s 2018  Report, which has been all over the mainstream media over the past day or so.

Headlines have screamed “Startups decline in Australia!…Where are the women founders?!… The government is failing startups!“, but the report actually showed quite the opposite, if you dug into the detail and stood back a bit.

The first thing to note is that there’s not a lot about WA in the report – only 7.5% of the surveyed startup founders called WA home, so we were under reported in the numbers.

Startups are actually on the rise

True, the survey did show that the total number of startups had fallen slightly since last year, but it was still more than 50% higher than it was in 2015, just three years ago.

A slight decline in total numbers over one year can can be explained by how a startup is defined, or that some have become too large to be termed a ‘startup’ anymore or due to statistical or survey collection techniques.

Remember also that the survey only covered a small cross section of the Australian startup sector. Only 700 or so respondents were classed as “verified startups”, a number which is probably somewhere south of the 10% of the total out there.

Plus, some startups are growing (2 staff become 4; 5 staff become 8)… they are still startups, but is one startup that has got some traction better than 2 or 3 that have none (or little hope)? Probably. Yet this will show as a ‘numbers decline’. Worrying about the total number should not really be a concern. Especially over one year. Total employment may be more interesting, or even – if possible – total revenue, or share of industry revenue perhaps (if that could be gleaned).

So let’s not get too carried away on the negativity here. Even though that can sell newspapers. (Maybe.)

Female founders are less rare too

On the gender issue, just over 3 out of 4 founders are male, 22.3% are female. In one year, not much has changed really. Last year, 25.4% of founders in the survey were female.

But four years ago, that number was only 16.1% (or one in six). Certainly, the trend is to more female founders over time, albeit they are still a minority, and need more encouragement.

The fact that some of the most impressive startups to come out of WA in the past few years have had female co-founders (Canva, Kanopy and Power Ledger, among others) should demonstrate that the number should be higher. Elsewhere, the survey does report that 31% of startups have at least one female founder. The trend is up (but there’s still a way to go, sure).

All hail the work WiTWA, Springboard and others do in this respect.

Your co-founder’s a 30-something former work mate

As the startup community matures, so the average age of founders is rising: the survey showed it is now up to 36 years, up from 20 years old in 2014. That’s quite a leap!

Interestingly, the most common way startup founders met was that they’d worked together previously (24% met that way), with another 10% having set up their business with their life partner, or a uni mate (8%) or just a friend generally (7%).

The biggest barrier to starting up a company was the need for a stable income and life circumstances, and in more than two-thirds of the cases at least one or all founders were supplementing their income with side hustles.

Staff have equity, 2 colleagues and part-timers

The survey reported that the most common help startups received was from mentors, co-working spaces and with legals; and the most common size in terms of full time staff was 2-5. More than half used part time employees.

The amount of staff that held equity has been on the rise, being only 40% in 2014 when the first report was published, but that number’s up to 74% now.

International outsourcing was a minority activity for startups, in that only 30% of those that outsource did so outside Australia: 8.6% to India, 5.8% to Philippines & 3.9% to the US.

When it comes to business model, half the startups were SaaS/subscriptions, a third of them had no revenue at all in the past year, and just under 10% had $1M+.

The top 3 areas were: AI, fintech and education –  more than half the startups were in one or more of these industries. 71% were B2B, 24% were marketplaces and 23% had an iOS app.

Raising money, and grants are great!

Almost half the surveyed startups were actively trying to raise funds, whereas 32% had not raised anything yet. Over a half had raised up to $1M, with the most common amount being a 6-figure sum.

In terms of grants, over half had applied for at least one government grant, 37% had received some kind of grant with the R&D tax incentive the most used, followed by MVP Grant and Accelerating Commercialisation. So government is certainly an important part of the process for startups, and provide a good deal of advice, support and – in many cases – cash.

When asked ‘What do you need most?’ the most common answers were:

One might argue point 4 might be more important than point 1 (but if you need media exposure, read this.)

Always positive, most startup founders were expecting more sales in the next year (64%), more capital raised (58%) and more international sales (41%).

The 5 things that kept founders awake at night were:

Spacecubed and FLUX made it into the top 10 co-working spaces  in the country (incredible considering only 1 in 13 of the surveyed founders were even from WA) and Springboard (available in WA) was the most recommended accelerator in the country.

Does this report ring true to you?

You can read the full report here.