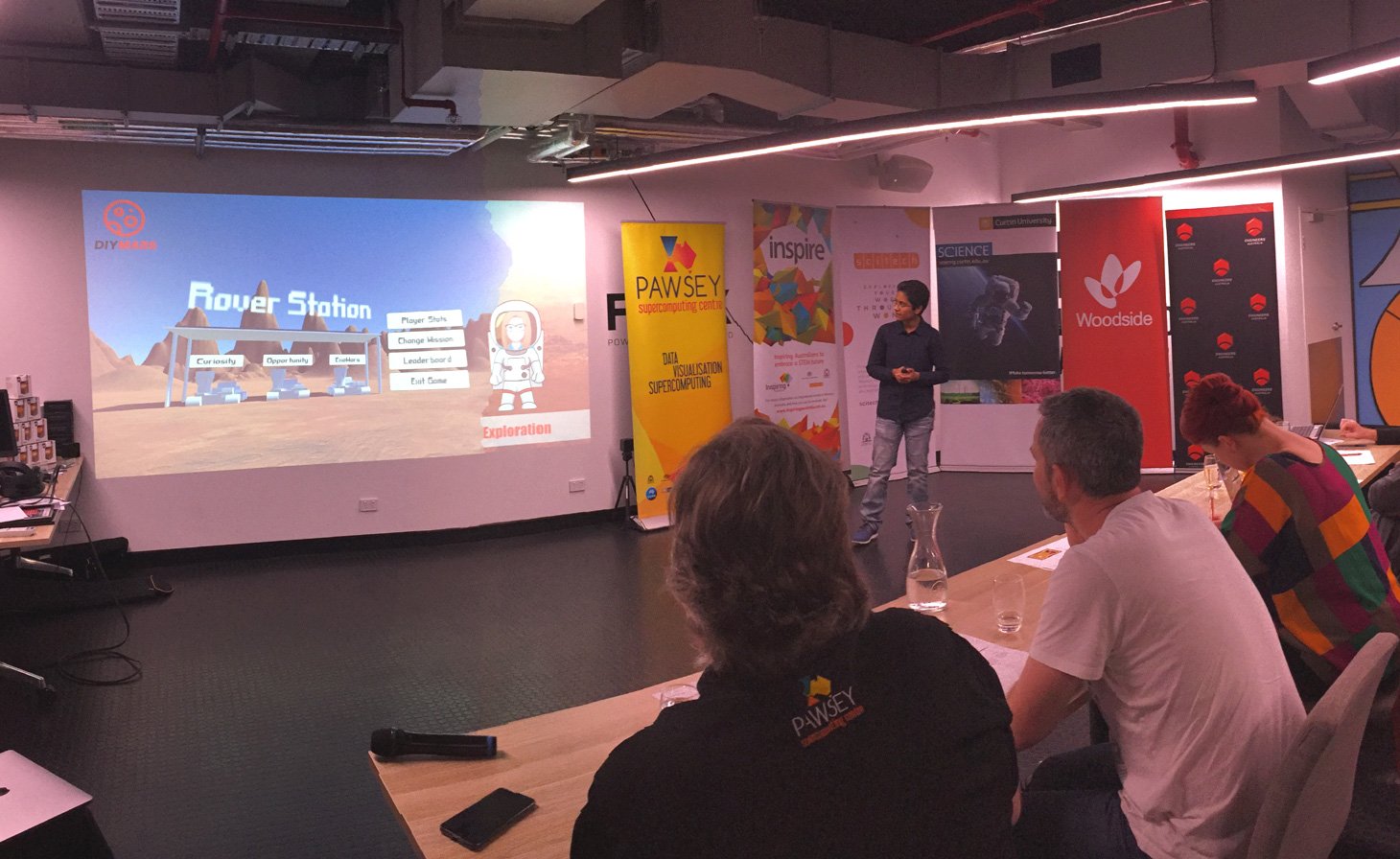 It was geek heaven down at the FLUX basement on Sunday afternoon as seven Perth teams battled it out for a place in a global NASA pitch contest featuring 25,000 participants in 200 cities from across 70 countries.

Teams took on such diverse interplanetary challenges as building a VR environment for the surface of Mars, an autonomous free-flyer to inspect spacecraft or a concept for a time capsule to teach extra terrestrials about human culture.

Startup News was there to watch the final pitches and to see what the teams had come up with, as they explained their solutions to an audience of supporters and judges.

The two winners will be elevated to the global judging competition, after completing a 30 second video by the end of this week. The global finalists and winners will be known in January.
WINNERS – Supergiant Scuti and DIY Mars
These teams received tech prizes + CORE-Woodside Space Hub Award – 2 months team hot desk in CORE and support to connect across the resources, energy and tech sector to advance their space enterprise ambitions and participant tickets to the flagship Unearthed Perth resources and energy industry hackathon in 2019.

Supergiant Scuti were the first to pitch and were made up of Jordi Clarke, Rico Beti, Luke Stokes, Nathan Glover, Stephen Mott, Samuel Bishop and Renee Kenny. They analysed and displayed data to better communicate interesting findings and improve public understanding of our home planet.

The DIY Mars team – made up of Jiaranai Keatnuxsuo, Aditi Basu, Sam McSweeney & Tabea Rettelbach – showed off their VR application which allowed the user to explore the red planet using 3-D modelling provided by NASA (see main image above).

There were also honourable mentions for Team Tether, Guardians of Humanity and USafe (which was an all young women team of machine learning skills).

The two Perth 2018 winning teams will have their entry elevated to the global competition judged by NASA, with the winning team invited to attend the upcoming NASA’s Rocket Launch at the NASA Kennedy Space Centre in Florida. The global finalists and winners will be known in January.

“Our goal at CORE in supporting the Space Apps Challenge, together with our partners Unearthed, Spacecubed and Space Hub Perth, is to draw on our thriving technology, resources and energy sector to deliver the capabilities that are required in space, including autonomous vehicles and remote asset management,” said Tamryn Barker, CEO of CORE.

“By linking the resources and space sector, we are building a community of practice that drives advanced capability and new enterprise. We are delighted to have industry, technology and education sponsors such as Woodside, Pawsey Supercomputing Centre and Curtin University to help propel this journey.” 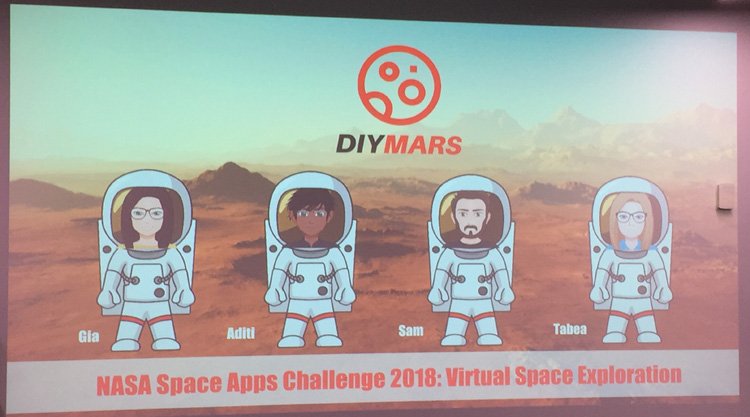 For those of you who missed it, you can follow the NASA Space Apps Perth twitter account here
https://twitter.com/SpaceAppsPerth
Startup News was a media partner for the event.
MAIN IMAGE: DIY Mars pitching to the judges on Sunday night.