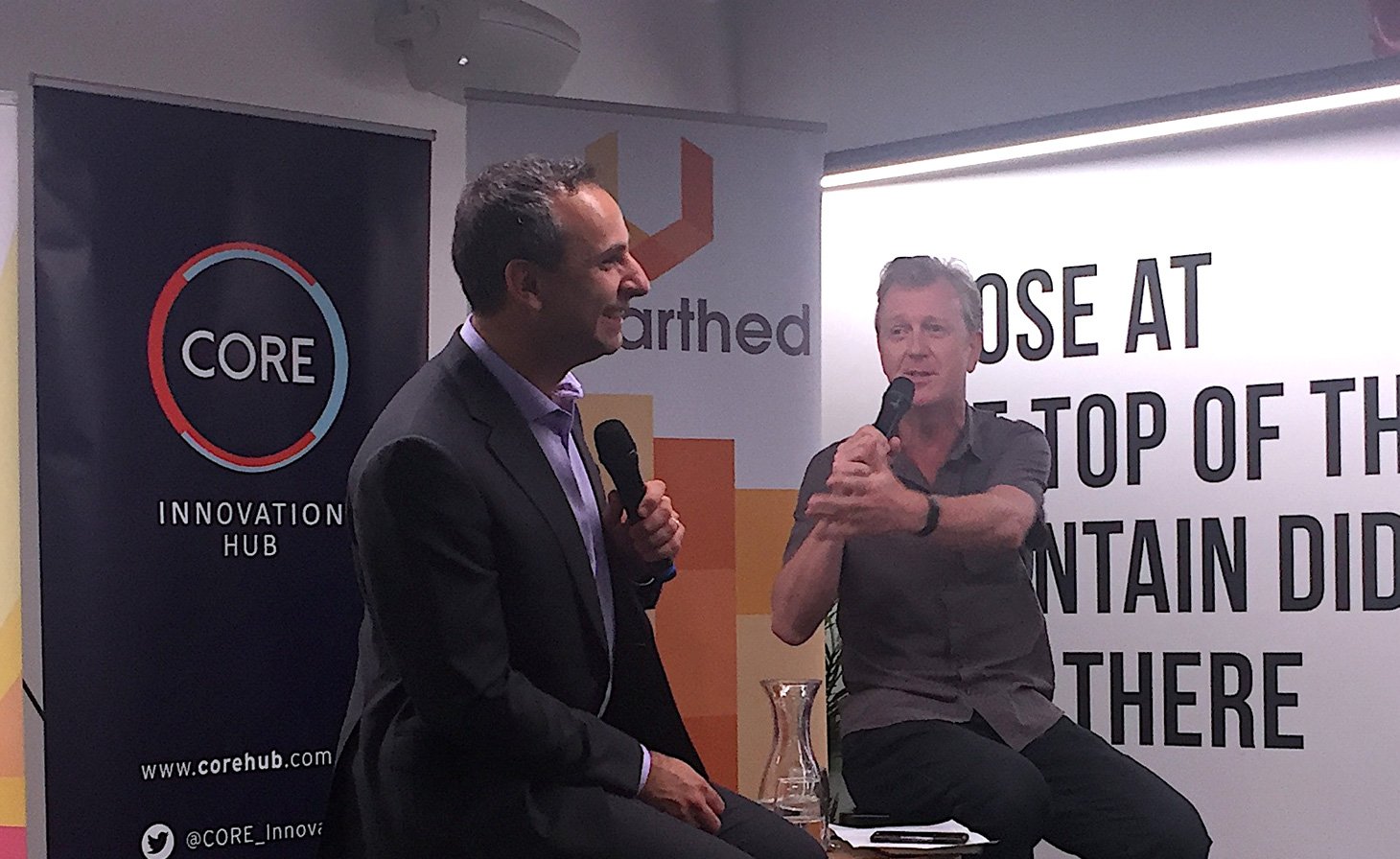 Perth born and raised Enrico Palermo travelled across the planet to follow his dream of working in space. He now heads up the 450 staff Spacecraft Company in the Mojave Desert in California. He returned to Perth this week to tell his story …

In Perth for PerthUS Asia’s ‘The Zone Above’ conference, as well as visiting family, Enrico Palermo dropped into Flux basement coworking space on Monday night.

The ‘Meet the Innovator’ session (organised by CORE Innovation) featured him discussing his journey from growing up in Morley via degrees in Applied Maths and Engineering at UWA (both with first class honours) to working in the oil and gas sector as an analyst.

“What I really wanted to do was work in space,” he told the audience, “but there really were no such opportunities at the time in Perth. I’d just got married, it was well before we had any kids, so we took ourselves off to London.”

You may wonder – why London? Being a dual national, he could settle in the UK and figure out the best move.

From there he won a scholarship at the International Space University, a 9-week course in France. On graduating he moved to Virgin Galactic just as they were ramping up their own spacecraft development, and creating the new Spaceship Company from scratch.

Enrico was its first employee, based out at Mojave in California.

“It’s actually not as remote as you might think,” he said, “The takeoff area is there, other bases are there – Edwards Air Force base is out there –  and we’re only an hour and a half by car from Los Angeles.”

Ten years ago, when the Spacecraft Company was in its early stages, they sold 50 tickets for $200,000 each raising US$10 million. With that level of interest, the project was green lighted.

It hasn’t all been an easy ride.

“The worst moment was the 2014 disaster, where we lost an aircraft and a pilot [… one pilot survived],” recalls Enrico. “This was hard for the team; but we knew instantly what had gone wrong. We knew how to fix it. It wasn’t one of our spacecrafts, but we had one already two-thirds built. This bad experience galvanised the team and we pushed on.”

With Australia having established its own space agency in July this year, Enrico had some encouraging words for the audience.

“Anything is possible right now,” he said. “This is a great time to be interested in space. In a few years we are going to have passengers in space, taking a 90 minute ride up to 50 miles high. They’ll be certified astronauts, paying $250,000 for the ticket. And there are several other companies who are doing likewise.”

For those interested in space, CORE is holding its third NASA Space Apps Challenge hackathon on the weekend of 20th and 21st October, also at FLUX basement.

Participants will compete and connect with some 25,000 participants, across 200 cities in 70 countries.

Space Apps is a 48-hour world-wide hackathon inspired by NASA data and aiming to bring together coders, scientists, designers, storytellers, makers, builders, technologists, and space enthusiasts team up to explore, collaborate and innovate on real-world challenges we face on Earth and in Space, with the opportunity to win local prizes and at the global level, the chance to visit a NASA rocket launch.

“The vibe of the event is to have fun,” said CORE CEO Tamryn Barker at the info session that preceded Enrico Palermo’s talk.

“We don’t expect you to build a prototype, there’s no need to get to MVP; we won’t charge you anything for tickets as that’s against the spirit of the event; we can’t give our cash prizes either. The accent is on using some NASA data, seeing what you can do with it and having some fun.”

This year’s Space Apps challenges, under the theme ‘Earth & Space’, invite participants to solve complex challenges such as developing creating a cluster of sensors for a human Mars mission or settlement or using NASA satellite datasets to characterise land cover/land use at informal settlements of displaced populations caused through natural disaster or conflict.

The two Perth 2018 winning teams will have their entry elevated to the global competition judged by NASA, and with the winning team invited to attend the upcoming NASA’s Rocket Launch at the NASA Kennedy Space Centre in Florida.

One of Perth’s 2016 winners, using NASA data and facial recognition technology to produce a creative, real-time interpretation of climate change, went on to be recognised as a finalist in the world’s in the top 25 teams globally.

Space Apps Perth is jointly organised by CORE Innovation Hub, Unearthed, Spacecubed and Space Hub Perth – a new Meetup dedicated to growing a space startup community of practice. Participants will be supported by mentors over the weekend. 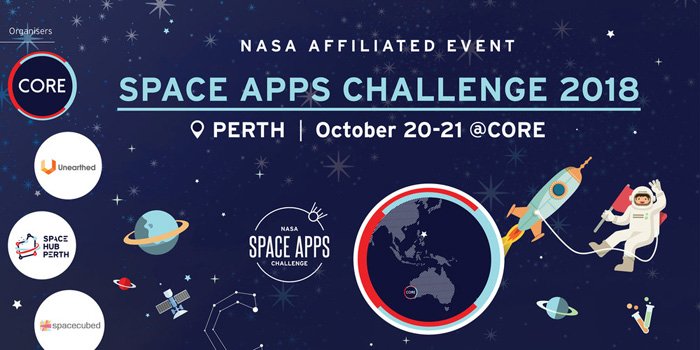