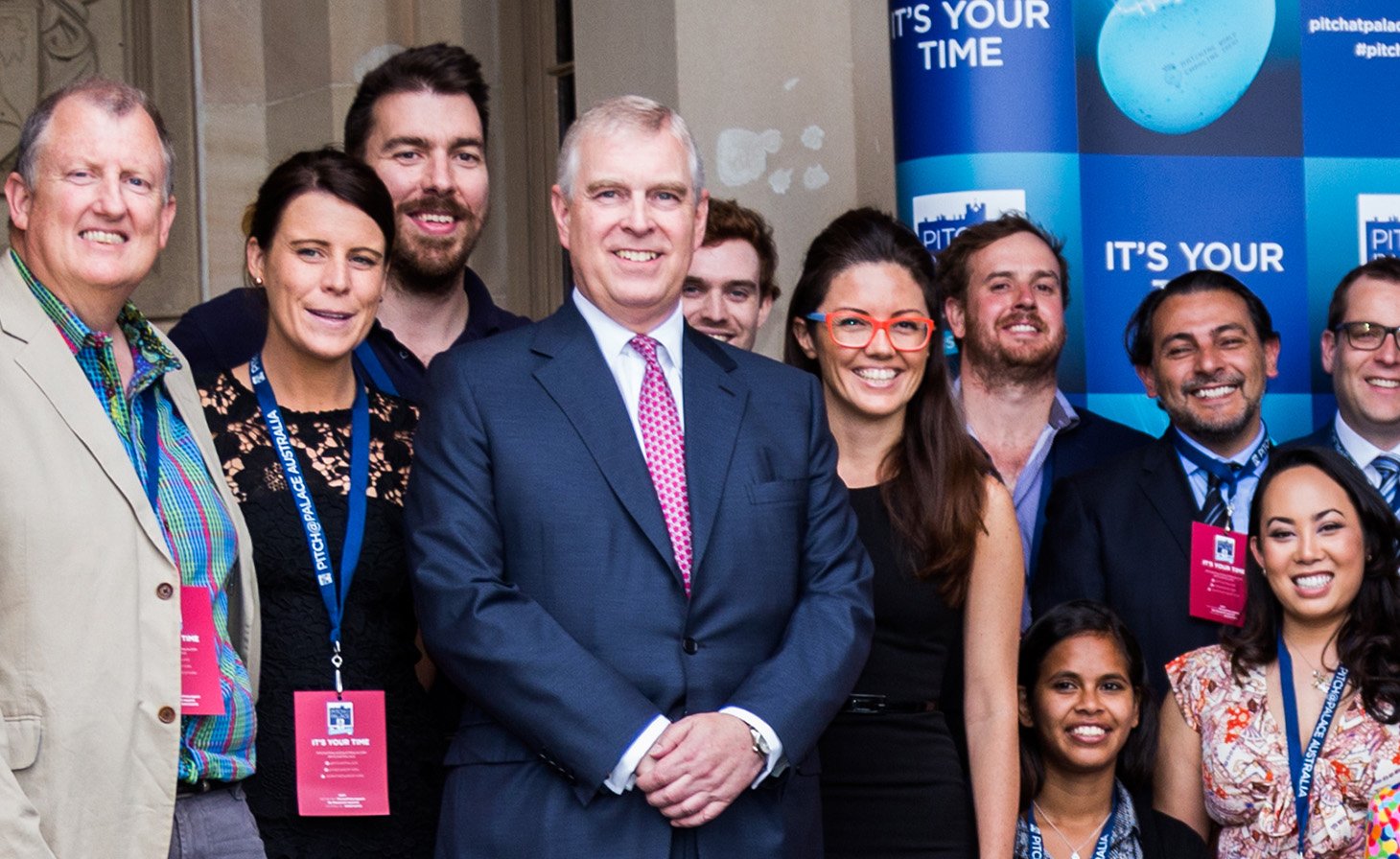 WA startups are being presented with a royal opportunity, with the chance to pitch their bright ideas to the Duke of York at Murdoch University later this year.

Prince Andrew will be joining an all-star judging panel of local businesses leaders, as up to 20 startups participate in Pitch@Palace’s first visit to WA on Friday 23 November.

Also in the audience will be venture capitalists, potential mentors, investors and other industry figures.

The top eight will then jet off to Brisbane for the Pitch@Palace Australia boot camp and final later that month, before the national winners head to Pitch@Palace Global 3.0 at St James’s Palace in December.

The program was founded by the Duke in 2014 as a way of supporting the work of entrepreneurs around the globe.

Startups keen to get in on the action have the chance to follow in the footsteps of Queensland-based Nev Hyman, who took out last year’s global prize with NevHouse – a business that uses recycled plastic to build lost-cost cyclone-proof housing.

“The charge from the Duke is ‘how are you going to assist at least one of these people, one of these entrepreneurs after this event?’,” he said.

“The importance of Pitch@Palace is really that ongoing networking.

“You might find an angel investor that will swoop in and help you along, [and] that’s great, but it’s also the networks and how to actually develop the idea, perhaps to think in different markets, [or] how the idea or concept might actually be transformed into another idea.

Matthew said this networking is what could help kickstart WA’s next big startup.

“What [Pitch@Palace] does is it not only allows new startups and new entrepreneurs to show their ideas, but it’s showing their ideas in front of the right audience.

More than just a one-night pitch

Matthew said one of the stand-out differences of Pitch@Palace was the ongoing support it provides to participants.

“Once you’re part of Pitch@Palace, it’s also it’s not just a one-of event. You become part of the alumni,” he said.

“There’s a lot of contacts and there’s ongoing support and referrals that Pitch@Palace [provides] for the entrepreneurs who participate.”

“So there’s an awful lot to gain for a three minute pitch and one question after that pitch.”

WA startups could be joining Perth-based virtual reality training start-up Diversifly and drone training provider Global Drone Solutions, who both made it to the national stage in last year’s competition.

Matthew said the opportunity to host the Duke of York’s brainchild fits perfectly with the university’s approach to innovation and entrepreneurship.

“Murdoch University’s whole direction is governed by our strategic plan, which is to be a creative force for future and current generations,” he said.

“A key part of that has been a significant emphasis on entrepreneurship and innovation within the University.

This year’s event comes as the university prepares to launch its new Commerce & Entrepreneurship and Innovation degree next year.

Support from the start

Matthew said he would encourage startups at all stages of their journey to apply, since the support begins well before the first pitch.

“It’s basically that the complete idea is going to be viable for putting in front of that sort of audience, and if it’s not viable that we can actually say, in the selection process, can we make this idea viable with some pre-contact before the actual event?” he said.

“We want to actually support, even if people don’t feel that they’re ready, that’s OK. Send it in, we will try and see if we can’t assist making their idea ready as well. If it’s a great idea, it’ll fly through.

“It’s an event which is trying to seek impact. So is the problem that this entrepreneur is solving have positive impact? That’s what really I think everyone is after, because that is how you capture peoples’ imagination.”