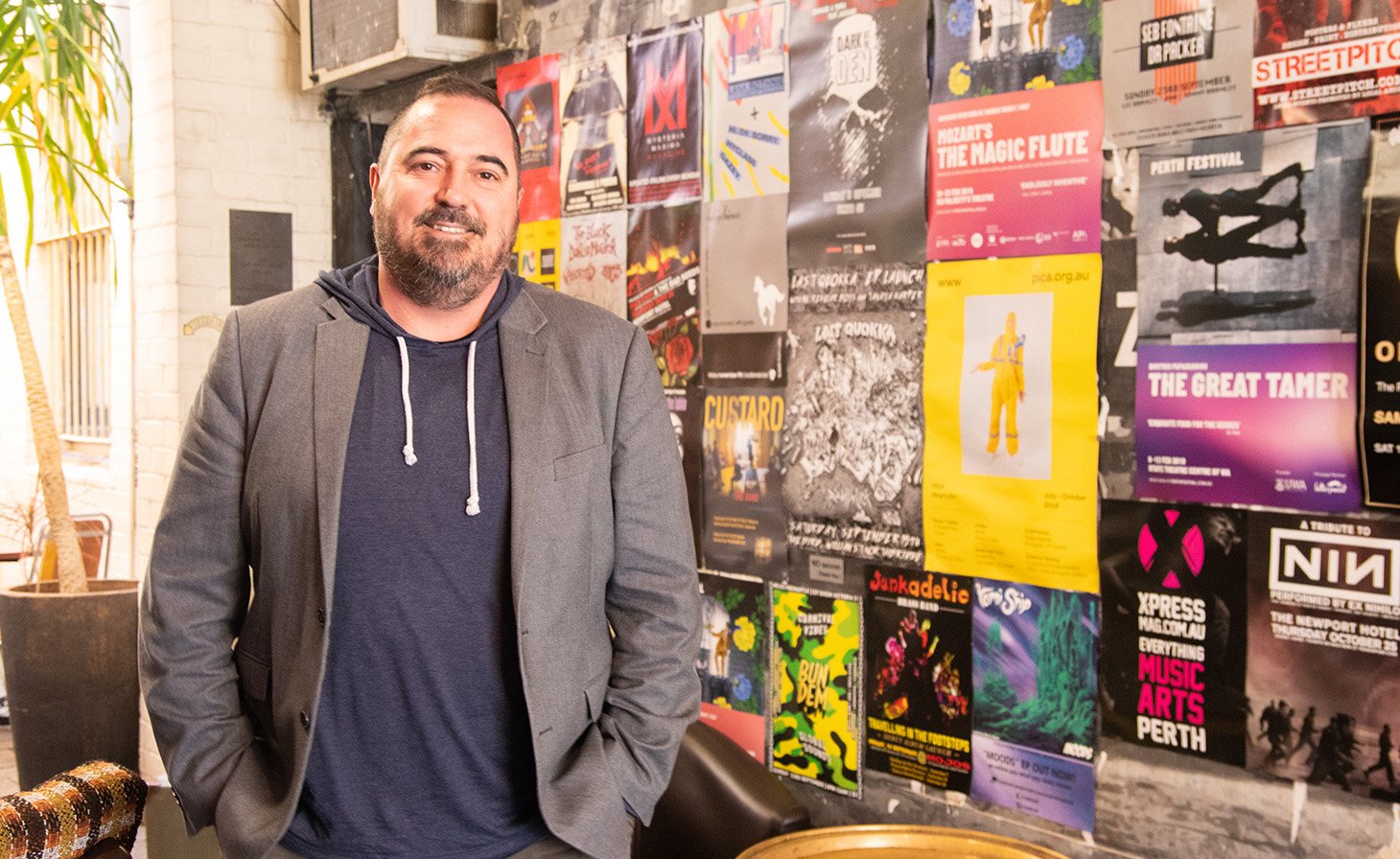 Matt Edwards launched APE Mobile – an app that uses voice technology to help make mine and construction sites paperless – in early 2014, and quickly attracted over $5 million in funding from Jolimont Global and Viburnum Funds.

Now, four years on, Matt has decided to launch himself into a new adventure, combining voice technology with AI in a personal assistant for the construction industry called Nyfty.ai.

Sitting in a café tucked down one of Perth’s many laneways, Matt explained the issue with trying to keep APE and Nyfty.ai under the same roof.

“In my mind it was not something you could run as two businesses in one,” he told Startup News. “You lose focus and what you actually do is you risk killing both businesses,”

So, rather than taking the ‘slash and burn’ approach to pivoting, Matt decided to completely throw himself behind the new venture – not an easy decision to make with a six-month-old baby in tow.

“Having a good idea isn’t enough, a lot of it is about the execution, and a lot of that execution is about focusing,” he said.

“We actually took the baby down to South Perth and talked about it. We sat there on the river and said, you know, let’s go for it, this is what we want to do.

Despite a strong connection to Perth, Matt said the US was the right place to launch the new technology for one big reason.

“I think it’s really important to be near your customers. That’s the driving force behind it, we want to be with our customers,” he said.

“So even when we get to San Francisco, I don’t just stop there. I’ve got to go fly to the next city and see the customer there and sit down with them and look at their problems and help fix them.

“It’s more important in my mind to be near a customer than near your team mate.

“Having said all that … I still really strongly believe in teams working together, so we don’t want to have a team of 10 developers spread all around the world. I still want to try as much as we possibly can to keep a core dev team together, and then a core sales team together.”

He’s not the only startup founder leaving Perth for new pastures recently, with Damian Bramanis from Teamline relocating to London, and Joseph Ayrookaran from SnapSupport jetting off to Queensland to join the Unearthed Accelerator.

A few months ago, the entire Humm Tech team also relocated to the Valley.

Matt explained that while Nyfty’s sales team will be based over there, high costs and competition from giants like Google make it impossible to base development there as well.

“At APE we built an amazing dev team here in Perth … so we can do that kind of thing again. The talent is actually here in Australia,” he said.

For now, that means Matt’s flying between San Francisco and Perth at least once a month, before making the move for good further down the road.

After nearly five years of late nights and early mornings at APE, Matt said one of the most difficult parts of establishing Nyfty.ai was learning how to start things all over again.

“This is now a different business, it’s a different technology, it’s on a different trajectory, so I have to unlearn everything. I can’t just copy what we did at APE, I have to start from scratch,” he said.

“You obviously take your experience with you and say ‘well what could I have done better in this scenario, or what didn’t I do right in that scenario?’ but this idea of unlearning everything I think is really fundamental to what we’re doing now.”

One of the experiences Matt said he has brought across was the importance of working with customers to nail down an industry’s pain-point – something that’s much easier when you’re close by.

“Some of the best parts of APE and some of the best growth we had was when I actually sat down with a customer and solved a problem together with them, rather than just saying ‘I’m a genius, I’m going to think of all these things for you,’” he said.

“You’ve got to sit down with your target customer, they don’t have to be a customer yet, and just [say], I’ve got this idea, will it solve a problem for you?’”

Matt said Nyfty was already benefiting from this approach after conversations with early adopters.

“I’m very careful not to show them any more than they’ve seen on our website about what we think our product is,” he said.

“It’s been fascinating to listen to some of them say what they imagined it was, and it’s like, ‘that’s a great idea, I’m writing that down.’

“What [customers] imagine it could be and what problems they think it might solve, that’s gold. That’s genius stuff that I’ll never come up with unless I sit and listen to those customers.”

Despite heading for the United States’ technology hub, Matt said Perth is a unique place in the startup world.

“Even though we’re a big city, we still have a kind of small-town mentality,” he said.

“The startup community is really quite small, so we all know each other, and no one wants to be seen as being an a**hole..

“There’s a lot of good leaders in the startup community here in Perth that are very altruistic with their time, and when you consider what it’s like to run a startup, time is the thing you don’t have.

“People sacrifice time to have a coffee with another founder who’s got an idea. I think it’s amazing to see, and I personally try and give as much time as I can to other people who’ve got questions, because ultimately these things come back around.

“Everyone’s success is the whole community’s success, so that hopefully is how people see it.”

Turning his attention to the product itself, Matt explained Nyfty.ai’s growth strategies is something all enterprise tech startups can learn from.

“I like to refer to it as the product has single-player mode,” he said.

“Anyone who uses this enterprise software can download our app [and] start using it. They don’t need to go to IT and ask for approval, it just works [and] uses their own password from the partner systems.”

“To be successful [selling into enterprise], an individual needs to be able to get hold of your app, start using [it], get value out of it, and go ‘f**k me this is great’ and tell their mates about it.

“That’s my preferred growth strategy and I think that’s what the market is telling us … that’s how to be successful.”