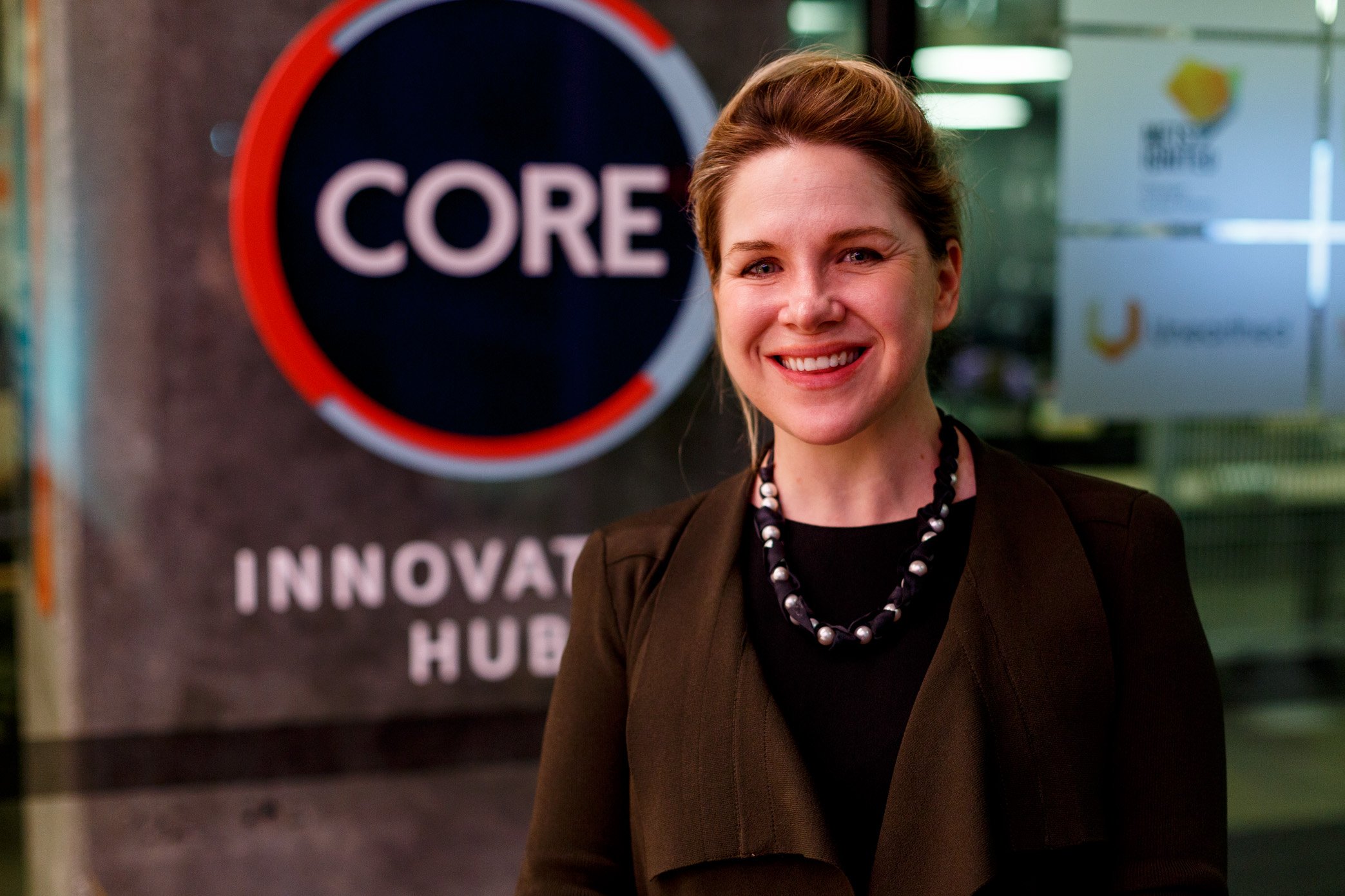 The startup industry is missing out on invaluable talent each time it ignores the opportunities offered by students, according to CORE Innovation Hub’s CEO.

The message isn’t just talk from Tamryn Barker – with her team of innovators and change makers, she’s making sure students aren’t being left out of the loop.

Central to this is CORE’s student membership option, which gives resources-focused tertiary students a range of benefits including invitations to workshops, speeches and other events, and access to the hub’s coworking space for one day a week during university breaks.

Tamryn said startups should broaden their horizons when they think about the impact of working with university students.

“For [new entrepreneurs] to have students as mentors as they build their business, I would suggest [it] is a critical way of continuing to stay focused and up to date,” she said.

“I think normally you tend to see students as needing to be supported and fostered and nurtured, which of course it’s important to do that, but these are students who are also doing and learning super interesting things not only in their formal degrees, but also highly likely outside with their friends and their student peers.

“It would be remiss of anyone who’s in the workforce and starting a business, especially a technology business, not to see that as a resource.”

The hub’s co-founder said the same basic idea – helping entrepreneurs stay current – also underpins their new CORE Skills program, which was developed, in part, as a reaction to a growing trend of employees being made redundant by automation.

“We’ve developed CORE Skills in response to that, which is, if you’re going to do that, that’s awesome, but this is how you can take your skilled workforce on the journey by upskilling them even further with digital capability,” she said.

Eyes on the prize

Tamryn said involving students also plays an important role in developing a healthy startup culture, that draws on a diverse range of experiences.

“[At CORE we’re] industry-led, industry-driven, entrepreneur-led, entrepreneur-driven, in that we’re really wanting to bring that culture to our sector of strength, resources and energy, and to inspire the sector to be more open, collaborative and entrepreneurial,” she said.

“What that means is you need a whole portfolio of activities that are going to pull in that direction, and focusing on capability and the capability of the future is one critical area of that.

“The skills of the future, the mindset of the future is critical, and students are a no-brainer when it comes to that. They will be the future entrepreneurs, so from our point of view it’s critical that they’re involved in that trajectory, and that the earlier we can involve them the better.”

While many universities are becoming involved in the startup space, with local efforts including UWA’s Bloom program and Curtin Ignition, there are few opportunities for students to dip their toes into the world of entrepreneurship.

Tamryn said involving students in industry events gives them a better chance to understand a key market in the global economy.

“[It’s] our way of helping them to make networks into the sector with startups, as well as with corporate, and we’re quite inspired to create opportunities for them to see how startups can function in and alongside scaleups and SMEs and established business,” she said.

“It’s also very important, if you’re looking at it from a capacity building point of view, that students have closer access to industry so that they can be better prepared for … the sorts of projects and tasks and activities and collaboration that will take them forward.

“So having an understanding of what industry requires, the culture of industry, where the challenges are, what changes they could potentially be part of making when they join that scene.

“We want students to know that the startup sector is exciting [and] engaging, but also has a market, also has customers, and those customers are mid-tier miners, are operators, are SMEs, and it’s important for them to understand what that market could look like, … so if they are to pursue a startup pathway, that they’ve already got that validation frame of reference in place.

“The earlier they can have that kind of engagement and that interface the better, so we’re excited to help broker those opportunities as well.”